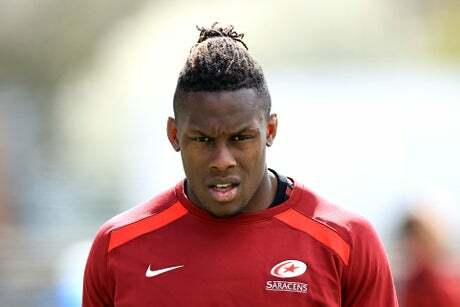 Maro Itoje is “champing at the bit” to turn out in Saracens colours for the first time this season when they visit Bath on Sunday.

Itoje and South African prop Vincent Koch are the last of Saracens’ summer internationals to return to action, besides Elliot Daly who is out for at least another month with a stress fracture.

British and Irish Lions Jamie George, Owen Farrell and Mako Vunipola have all been involved in recent weeks but, having had a greater workload on the tour of South Africa, Itoje was given an extended break.

“We have a few players back, available for selection in Maro and Vinny Koch,” said Saracens Director of Rugby Mark McCall.

“Maro came back into training at the same time as everyone else. We wanted to give him just a little more time than the other Lions players because of his workload on tour. He played a few more minutes than anyone else. He is champing at the bit and it’s great to have him back.

“Although he hasn’t been playing he has been taking part in all of our training. He’s been very good with the non-playing squad at helping to prepare the team, and is obviously a good guy to have in there to organise the opposition lineout. He’s done a phenomenal job on that in the last three or four weeks, threw himself into it greatly, helped a lot of the younger players, but it is good to have him in the 23 now.”

Koch travelled to Australia for the Rugby Championship after the Lions, but McCall believes he is ready for action.

“He’s had a funny 12 months or so,” he said. “He’s been not busy at all, then very busy. I don’t think he played a game between the end of October last year and the start of March. The he’s been busy since then.

“He’s glad to just be out of a bubble environment, to be with his wife and his kid, back in with the boys. We will look after him over the next few months to make sure he gets plenty of time off, as well as playing rugby.”

Saracens are assessing the availability of Jackson Wray, who is managing a delayed concussion picked up in the last-gasp defeat to Leicester 10 days ago.