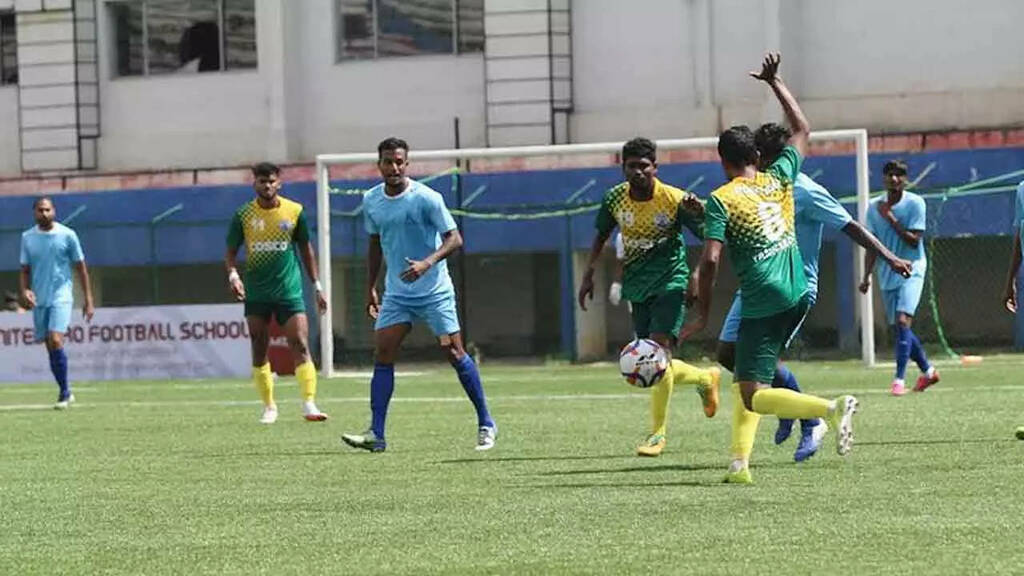 BENGALURU: Promising striker Sudheer Kotikela made the talent scouts sit up and take notice of his potential as he scored a fine hat-trick in Karnataka's big 4-0 win against Tamil Nadu in their opening Group A match at the South Zone qualifiers of the Santosh Trophy here on Tuesday.

Kotikela, 21, who dreams of playing alongside his hero Sunil Chhetri, exhibited his poaching skills three times (43rd, 53rd and 75th) and the Tamil Nadu defenders must have been relieved when he was substituted soon after his hat-trick.

It was a performance that would have done his hero proud. "I was very happy to score the hat-trick. Now, my dream is to work hard and play with my hero Chhetri. I like to watch him play and I really like his finishing," Kotikela, who hails from Hubballi, told TOI.

Both teams took time to settle down. Tamil Nadu's efforts to stay even with the hosts succeeded only for 10 minutes as medio Kamalesh P, an U-21 player, neatly connected a pass from striker Ankith P who powered down the right flank.

Thereafter it was Kotikela's show as Karnataka led 2-0 at half-time. A prolific scorer for Kickstart FC, Kotikela opened his account connecting a cross from Kamalesh in the 43rd minute. Tamil Nadu defenders committed the cardinal of sin of leaving him unmarked and the Karnataka youngster added two more to his tally. In two Santosh Trophy matches, the youngster has now scored four goals.

On Thursday, Karnataka will take on Andhra Pradesh while Tamil Nadu will be up against Telangana.