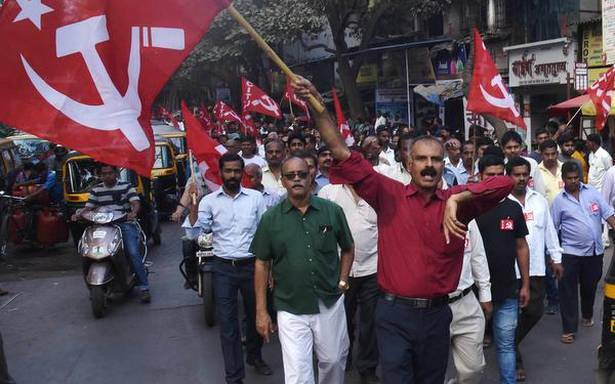 Three days after all three ruling parties in Maharashtra — the Congress, the Nationalist Congress Party (NCP) and the Shiv Sena — called for a State bandh against the killings of the farmers at Lakhimpur Kheri in Uttar Pradesh, the Samyukt Shetkari Kamgar Morcha (SSKM) on Friday endorsed the “Maharashtra bandh” call.

Earlier, NCP chief Sharad Pawar, while speaking at a party programme in Solapur, asked party workers to ensure that the October 11 bandh was peaceful and successful. “Those who are in power have no affection for farmers. They have committed the sin of mowing down farmers and the country is fuming with anger,” Mr. Pawar said.

He said all parties should join hands to protest against the BJP. “The bandh should be successful, but without compromising the law and order situation and without confronting the police authorities,” he said.

The SSKM, which comprises Left parties, kisan organisations, trade unions and various other organisations, held a press conference in Mumbai to announce their support.

“The entire nation stands shocked at the brutal Lakhimpur Kheri murders. Despite the worst provocations, the farmers protests have been overwhelmingly peaceful over the course of the last 10 months. We demand legal action against Union Minister of State for Home Affairs Ajay Kumar Mishra’s son, Ashish Mishra, who mowed down the farmers, and his ouster from the Cabinet,” said Shailendra Kamble of the Communist Party of India (Marxist).