Former dolphin trainers do not usually become MPs but, in a federal election where most political conventions seem to have been thrown out the window, it seems entirely appropriate that one has been elected in Western Australia.

Meet Sam Lim, whose unlikely election victory over Scott Morison's close friend and adviser Ben Morton in the Perth seat of Tangney came as a  bolt out of the blue to almost everyone.

Mr Morton had been widely expected to hold onto the outer suburban seat in Perth's southern mortgage belt, which he held with a comfortable margin of 9.5 per cent.

But that was before a tidal wave of red swept over Western Australia, which saw Labor not only pick up the seats it felt it had a reasonable chance of winning —Pearce, Swan, Hasluck — but also Tangney. where it had not even dared hope for victory.

Mr Lim, who migrated to Australia in 2002, detailed his unusual journey to represent the people of Tangney in federal parliament as he addressed the media on Sunday morning.

One of eight children who grew up "in a very poor family", Mr Lim said his childhood home had a leaky roof, dirt floor and no running water

"So we had to struggle for the first 15 years of my life," he said.

"But that 15 years built me up to today.

"When I had to fight to win this seat, I utilised all that determination that I gained in the first 15 years of my life and I achieved it."

Mr Lim's childhood dream was to join the police force, but police pay rates were so low in Malaysia that, which led him to apply for "my best job ever" - that of dolphin trainer at a safari park.

"I loved it because dolphins are so genuine," he said.

"Dolphins never hurt you. If you feel hurt you jump into the swimming pool and the dolphin will come to you and try to comfort you.

"That was my best part of my career."

But when creditors moved in on the safari park, Mr Lim had to farewell his beloved dolphins, a time he described as one of mixed emotions.

"[It was] the worst part of my career at that time because we had to say goodbye to them, but we feel very happy they are back to their home," he recalled.

From there, Mr Lim moved into small business and he attributed his success to his "good karma", which he said led to "a lot of people … supporting me".

His success in business enabled him to move to Australia with his young family, which he described as "a wild world …  a totally different world".

Despite his business success, Mr Lim's childhood dream of joining the police force continued to haunt him, and so he joined the WA Police in 2006.

"[Being] a police officer is a great job, I love the blue uniform," he said.

In December 2020, Mr Lim, who speaks 10 languages, was awarded WA Police's highest accolade, its officer of the year award for his work with multicultural communities during the pandemic.

Soon after, he was approached by Labor to run in Tangney.

Having unexpectedly won the seat, Mr Lim is not shy of ambition.

"There is a big challenge for me to do better and I hope the Labor Party can be there for the next 45 years," he said. 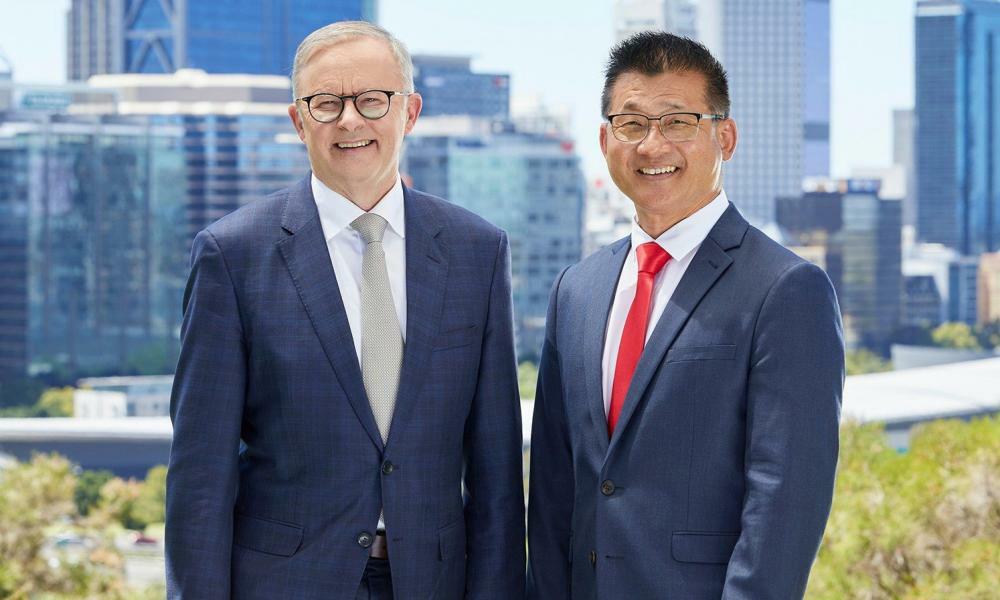 The Guardian - AU
One subscription that gives you access to news from hundreds of sites
Shut The Fuck Up Listen To Sam Lim, Former Dolphin Trainer, Talk Passionately About Dolphins