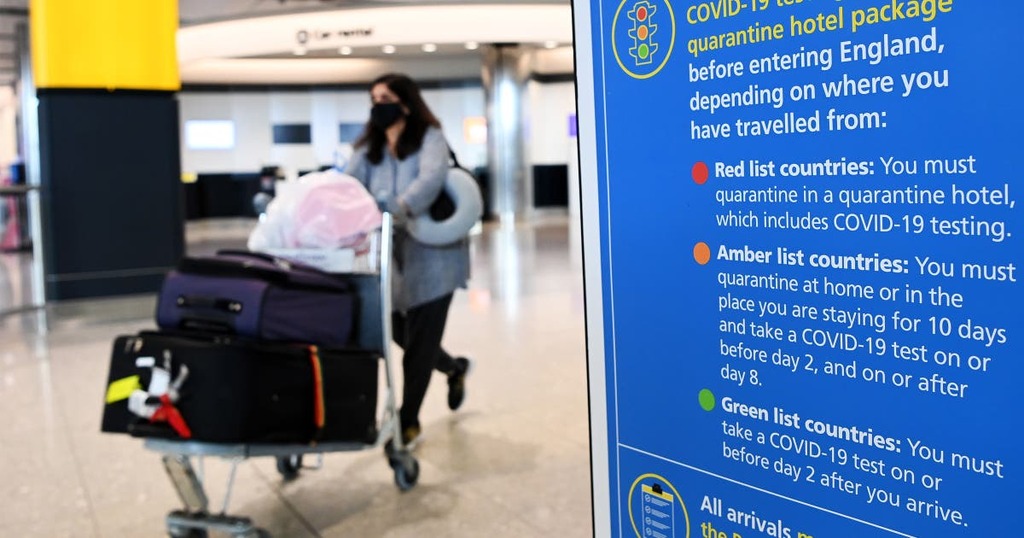 Sajid Javid has insisted he wants to “get rid” of Covid PCR tests for double-jabbed travellers, insisting the requirement should not be kept in place “for a second longer than absolutely necessary”.

Following protests from the travel industry over the extra cost on families, Mr Javid said officials were examining the current policy mandating a day two laboratory test when returning to the UK from green and amber list countries.

The health secretary’s comments came after reports suggested that the government was looking to scrap the PCR test requirement in time for the school half-term holiday next month to boost the tourism sector.

According to the Mail on Sunday, the requirement will be replaced with a lateral flow test that can produce results within 30 minutes, amid concerns in government of “excessive pricing” among some firms offering PCR tests.

Speaking on Sky News, Mr Javid said: “Of course we still want to remain very cautious and there are some things, when it comes to travel for example, there are some rules that are going to have to remain in place.

“But the PCR tests that’s required on your return to the UK from certain countries, look I want to try and get rid of that as soon as I possibly can”.

The cabinet minister added: “I’m not going to make a decision right now, but I’ve already asked the officials that the moment we can, let’s get rid of these kind of intrusions.

“The cost that generates for families, particularly families just trying to go out and holiday, you know we shouldn’t be keeping anything like that in place for a second longer than is absolutely necessary”.

Speaking on Friday, Mr Javid also hit out the “completely unacceptable” practices of some private companies “taking advantage of holidaymakers”, adding: “We are taking action to clamp down on cowboy behaviour”.

Labour’s shadow health secretary, Jonathan Ashworth, said at first sight the report that the government was looking to ditch the PCR requirement “looks like a reasonable approach”.

“We’ll have to see what the proposal is when it comes before parliament. We have had some briefing into the newspapers today that certain elements of the Coronavirus Act will be taken off the statute book,” he told Sky News.

“At first sight, based on the briefing, the clauses which are going to be taken off the statute book, that looks like a reasonable approach to me.

“But obviously we’ll want to study the detail when it comes to parliament because there have been huge concerns about the way in which the Coronavirus Act has been misused by the authorities, and ridiculous fines have been imposed on people.”