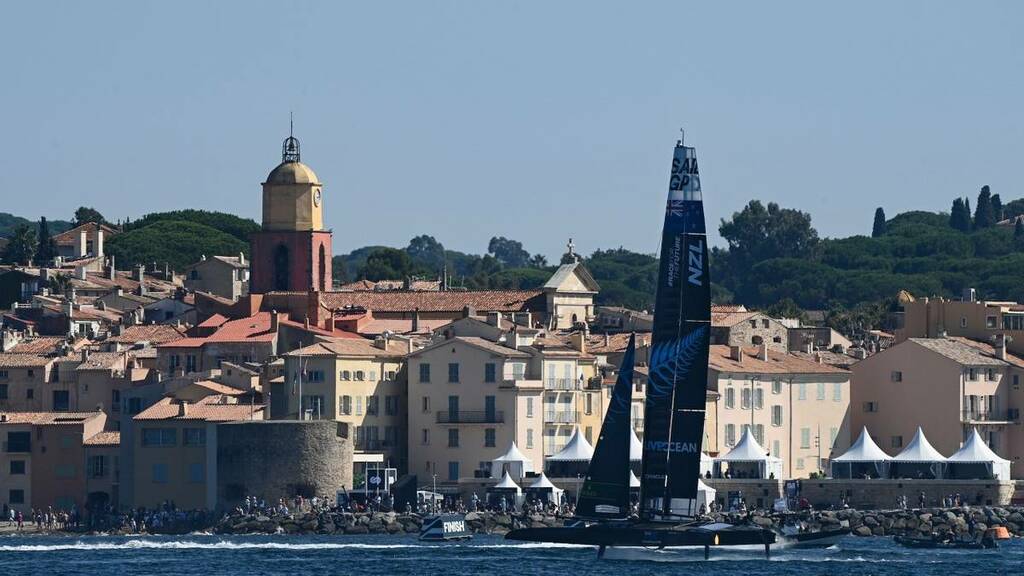 A disastrous final round robin race has seen the New Zealand SailGP crew have to settle for fourth place at this weekend's event in France.

Everything had been going smoothly for the Kiwis over the weekend, with top four finishes in each of the first four races.

With the consistency in their results, the Kiwis looked set to earn a spot in the podium race for the first time, going into the fifth and final race at the top of the leaderboard. To make the final, the Kiwis simply needed to avoid having their last race turn into a horror show.

But it did just that.

Positioned at the back of the fleet as they raced toward the starting line, the Kiwis were on the back foot from the outset in the race and were quickly left behind in the light conditions.

It was quickly clear the New Zealanders would be relying on other teams' results to see them into the podium race, hoping Denmark, France and Australia could keep Spain out of a top three spot in the final round robin race.

For a brief moment, it looked as though the Kiwis were going to get lucky, too. Denmark led for most of the race and went on to win it, and France and Australia were among the top four teams – alongside Spain.

A bad tack on the penultimate leg saw Australia fall behind the leading three, while Spain were able to fend off France in the back end of the race and cross the line second – doing enough to leapfrog the Kiwis and secure the final spot in the podium race alongside USA and Japan.

It was a stark difference to the first race of the day, which saw the big 29m wingsails used for the first time this season due to the light winds. The Kiwis raced from the front early in that contest – despite being one of six teams to cross the starting line early - and went on to finish in second place.

It was a disappointing end to an otherwise impressive regatta from the Kiwis, who had sailed a terrific event until the race that the counted the most.

As a result, New Zealand fall to sixth on the overall ladder with 30 points. Japan took out the podium race for their second win of the series, to move top of the standings two points ahead of Australia and the USA on 35 points, with Great Britain one point further back ahead of the next event in Spain next month.