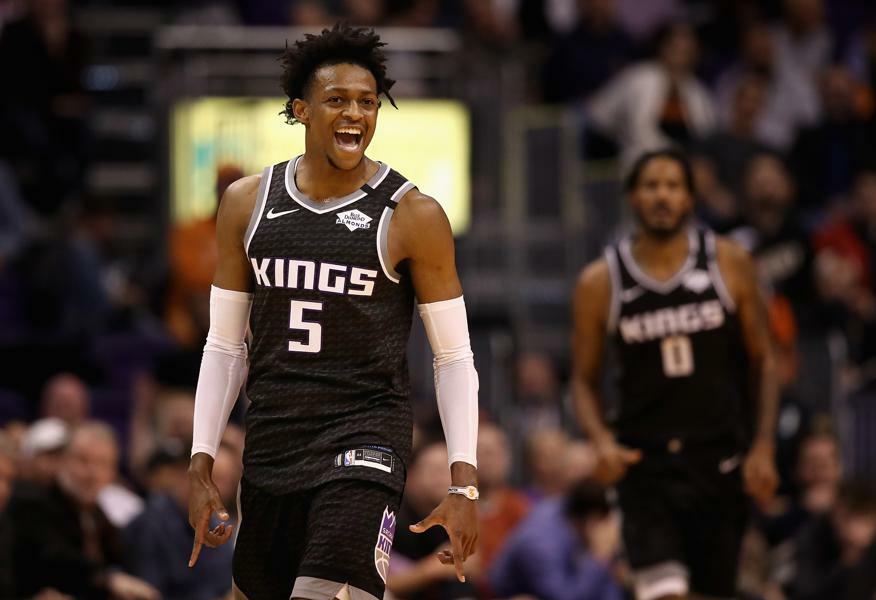 It has been 15 years since the Sacramento Kings made the playoffs, the longest such stretch in the NBA, and there is just not much hope that will change this year. In fact, some of the things that probably should have changed with this team—trades of Buddy Hield and Marvin Bagley, a new coach to replace Luke Walton—have not, leaving the Kings set up for more of the same frustration.

There is not nearly enough that is new for a team coming off a 31-41 season and looking, again, at a stacked Western Conference that is not likely to have postseason room for the Kings. Sacramento made a surprise draft pick this summer, adding defensive standout Davion Mitchell, adding more talent to a backcourt that already includes De’Aaron Fox and Tyrese Halliburton.

But the Kings did not do nearly enough to change the composition of the roster this offseason. Hield and Bagley have been openly disgruntled and the Kings nearly had a deal that would have swapped Hield to the Lakers for Kyle Kuzma, a trade that fell through when the Lakers instead got Russell Westbrook. The team has tried to deal Bagley over the past year but has had no luck in finding a deal.

Mitchell will be the guy to watch, but the Kings did add quality depth by bringing in Tristan Thompson on a salary dump from Boston. They also got good production from Terence Davis (11.1 points in 27 games) at the end of last season, after Davis was acquired from Toronto. He could be in line for a bigger role, especially if a deal for Hield can be found.

The Kings are good enough to at least compete for a playoff spot, though they do not appear good enough to actually win one. They were tied for 11th last year, two games out of the play-in tournament. The return of the play-in at least gives some hope that Sacramento can back its way into the playoffs even with a sub-.500 record.

For that to happen, the Kings will have to find ways to thrive with small lineups, featuring Fox (who is 6-foot-3), Halliburton (6-foot-5) and Mitchell (6-foot-2). They’ll also have to find consistent roles—or new homes—for Bagley and Hield, talented players who need to play up to their abilities. General manager Monte McNair has not been particularly active on the trade market, despite having obvious chips to deal. Maybe that will change this year.

Team MVP: No doubt, it is Fox, easily the top talent on this team. Fox Averaged 25.2 points and 7.2 assists last season, a breakout year. He shot only 32.2% from the 3-point line, though, and needs to be a more consistent perimeter shooter. He’s the only King with star-level talent, and could be a first-time All-Star this year if the team is not too bad.

Best Value: The Kings did well to keep Davis on hand for a reasonable amount—two years and $8 million. Considering there were rumors suggesting that Davis would seek a contract in the $9 million per year range, Sacramento did well in locking him up for $4 million per season.

X-Factor: Bagley has struggled with injuries and defense in his three seasons with the Kings, but he is an excellent offensive option and has averaged 14.5 points when he does play. He showed some promise as a perimeter shooter last year, too, making 34.3% of his 3s on 3.1 tries per game. There’s a presumption that the Kings want to deal him, but it’s possible he could stay healthy and be a real asset to a team in need of frontcourt help.

Write it down: 16 straight. The Kings are listed by VegasInsider.com as having an over/under of 36.5 wins, which would be 11th in the Western Conference—and just outside the play-in tournament. That sounds about right. Unless there is a disaster with one of the teams above them, like Portland, Memphis or New Orleans, the Kings will again be outside the playoff picture.

Well, there could be a disaster among some other teams in the West, and that has the potential to open a path to the playoffs for the Kings. If Bagley can stay healthy and coach Luke Walton can figure out how to manage his guards, the Kings could land around .500 and sneak into the playoffs.

Bagley and Hield could, again, be problematic off the court and let their disaffection damage their play on it. This is an important year, too, for Walton. He has not been the most inspiring of leaders as a head coach and could wind up fired if the team disappoints again.