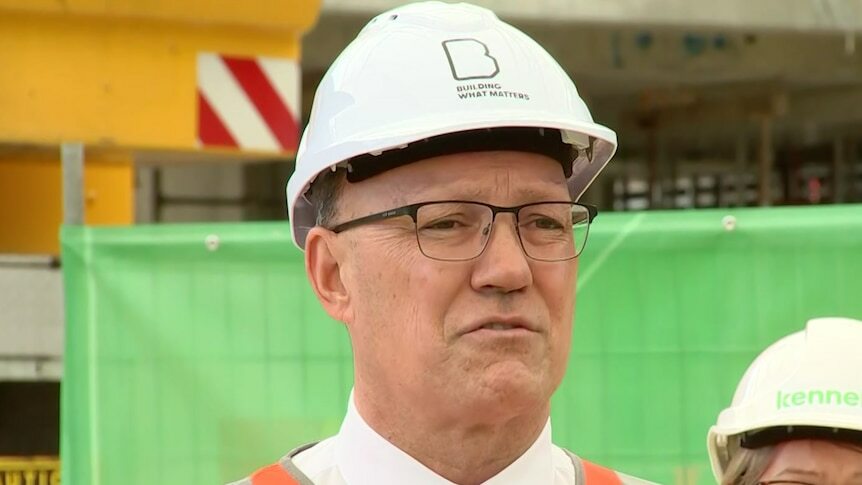 South Australia's Premier has cleared Sport Minister Corey Wingard of misconduct, after an investigation found there was no evidence of bullying or intimidation in a meeting between the minister and officials from a sporting organisation.

The investigation was ordered after the chief executive of Sport SA, Leah Cassidy, alleged she had been subjected to "intimidatory behaviour and/or other inappropriate comments" during a meeting in June with Mr Wingard and his chief of staff, Larissa Mallinson, to discuss a new funding arrangement for community sports.

Sport SA was concerned grassroots organisations that usually received funding had lost out to larger organisations, such as local councils, that had previously not been involved in the sector.

Premier Steven Marshall today told Parliament Ms Ranieri had reported to him that "while it was clear there was a tense atmosphere in the meeting", there was no evidence to suggest that bullying or intimidatory behaviour took place.

Ms Ranieri's investigation cleared Ms Mallinson and senior public servant Kylie Taylor of misconduct, but her powers did not allow her to examine the conduct of the minister.

Mr Marshall said he had cleared his own minister of any code of conduct breach on the advice of the Crown Solicitor.

The Premier also took aim at Sport SA president Michael Wright, a former Labor minister, who had also been present at the meeting.

He told Parliament that Mr Wright had arrived at the meeting with a copy of the ministerial code of conduct and had quoted sections dealing with honesty and fairness to Mr Wingard.

"Mr Wright could not have been unmindful of the fact that his action would provoke a response," Mr Marshall said.

"I believe the minister was entitled to respond strongly to the suggestion of dishonesty made by the president of Sport SA."

Mr Marshall said the parties would be invited to participate in mediation or conciliation "with a view to repairing and improving their working relationship moving forward."

Meanwhile, Labor frontbencher Tom Koutsantonis has continued to spell out allegations of bullying within Mr Wingard's electorate office after reading out a letter of resignation from a former employee yesterday.

Under parliamentary privilege, Mr Koutsantonis read out an email from a former employee from December 2019, saying they would not be working work from Mr Wingard's electorate office that day but instead from his parliament office.

The person complained of "breaches of ethical standards" in the office.

"I no longer feel physically safe alone in your presence and feel the requirement to reach out to Electorate Services once again to seek support," Mr Koutsantonis read from the email.

"This situation has culminated following your aggressive and threatening comments in our meeting on Monday, November 27, and subsequent phone call, which was aggressive, unprofessional and disrespectful."

The Premier said the matter had been resolved.

He said Electorate Services, the agency that deals with MPs' electorate offices, found "there was no basis for the allegations at that time and didn't take it further".

He pointed out that Mr Koutsantonis was treasurer at the time and responsible for Electorate Services.