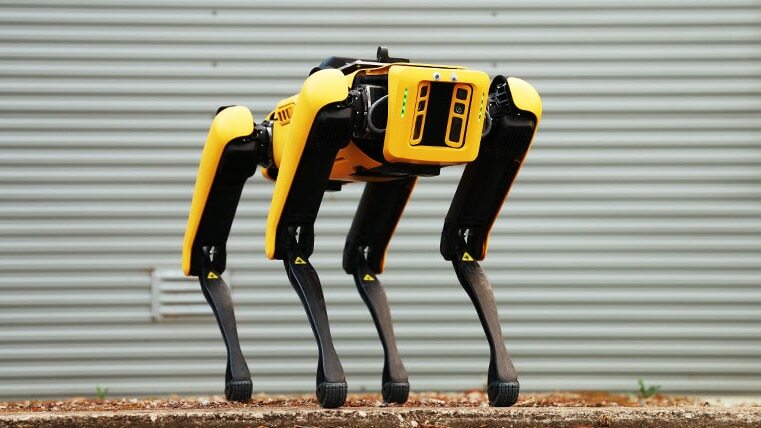 SA Power Networks spokesman Paul Roberts said the robot would improve safety for asset inspectors and save them time.

"We will probably have a bit of a mix of Spots on the ground and drones above helping our asset inspectors to inspect the various infrastructure we've got, like poles, the tops of poles, transformers et cetera, so we can speed up and improve safety for our asset inspectors."

The dog-like robot has been fitted with customised software and an additional camera so it can take multiple photos of poles, power lines and transformers.

It will also be able to navigate rough terrain and areas that might be dangerous for staff.

"Hopefully we can really demonstrate and prove how this technology can help us, and then we can roll it out further as drones become more able to be used to do over-the-horizon asset patrol," Mr Roberts said.

"We don't see it replacing jobs. We see it actually enhancing people's jobs because it means people like our highly trained asset inspectors can actually do the things they are trained to do. They won't have to take all of the pictures — Spot can do that."

Mr Roberts said SA Power Networks was the first utility in Australia to go down this path.

Earlier this year, the New York Police Department stopped using a similar robotic dog after a public backlash over its deployment.

The creator of the Dystopian television series Black Mirror has previously said the four-legged robots, developed by manufacturer Boston Dynamics, influenced a nightmarish episode where the characters were attacked by violent robotic canines.

Those who have watched the popular Netflix series will be relieved to hear there will not be multiple Spots roaming down metropolitan streets.

"I don't think there will be too many Spots in suburban streets," Mr Roberts said.

SA Power Networks is expecting to start trialling Spot at its Angle Park facility by November.