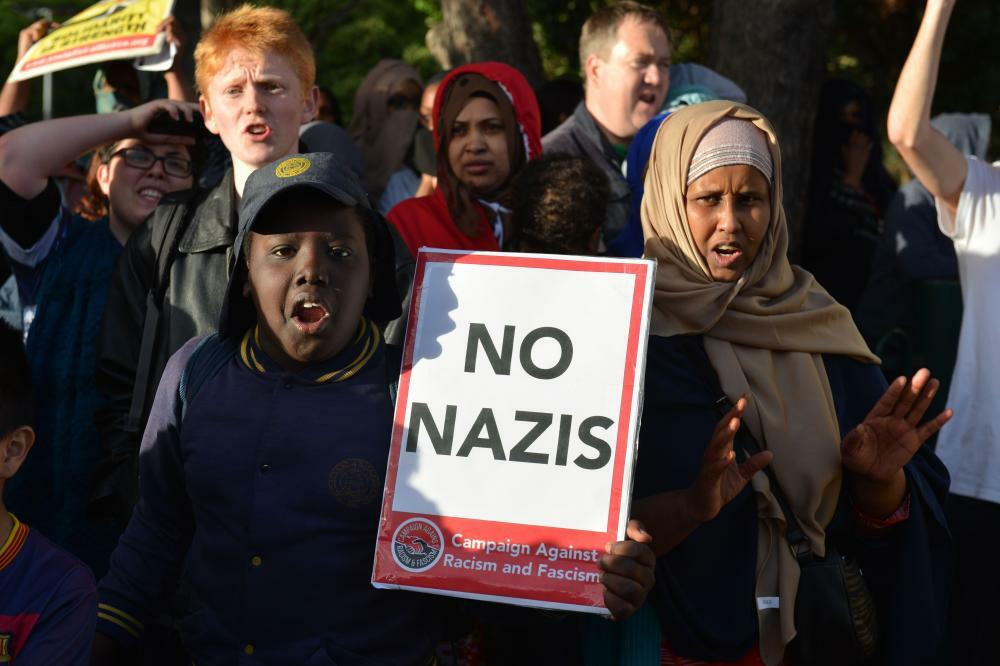 Victoria to become first state to ban the Nazi swastika
It will be a crime to intentionally display the Nazi symbol in public, carrying a maximum penalty of 12 months’…

The distribution of racist and white supremacist propaganda to Adelaide homes is being investigated by police, amid reports of letterbox drops of material in the lead-up to the federal election.

Residents in parts of Adelaide have reported receiving flyers from the neo-Nazi group European Australian Movement, which include a call to action and racist messaging.

SA Police previously warned about growing right-wing activity, saying groups on the far right had been emboldened by the COVID-19 pandemic and regarded backlash against social restrictions as a recruiting opportunity.

A spokesperson said that while SA Police respected "the right of individuals to have different beliefs in a democratic country", it was concerned about instances of groups "inciting people to commit violence".

"SAPOL is investigating the distribution of flyers in Adelaide from groups who allegedly espouse right-wing ideologies," a police spokesperson said.

"This applies equally to religious-based or ideological-based violence."

Last month, Police Commissioner Grant Stevens acknowledged that police were keeping "an eye on" several "persons of interest", adding that much of the activity was confined to online chat groups and forums.

"That's not to say that we don't have people who come together and meet and share their views and ideologies in person, and physically," he said.

"Some of them pretend to be fellowship groups or like-minded individuals who come together to socialise, but there's an undercurrent of right-wing radicalisation about that. It's very hard to put a number on [them].

"It's something that is probably growing in terms of its prevalence, compared to other issues that we would normally have looked at."

"We have highly specialised police officers, intelligence officers and analysts [who] work in this particular field," he said.

Attorney-General Kyam Maher yesterday raised the possibility of South Australia following Victoria's lead and banning the display of the swastika as a Nazi hate symbol.

Last year, the Victorian government announced it would make the public display of Nazi iconography illegal.

"What we're doing now is looking at what laws we have in South Australia, to see if there are laws that cover this," Mr Maher told ABC Radio Adelaide.

"There was a lot of consultation in Victoria on this, a 12-month education campaign before their laws come into force and the $22,000 fine starts applying."

Mr Maher said that, while police had not reported a rise "in the use of the Nazi hate symbol using the swastika", they had observed a rise in the number of individuals with "ideologically motivated violent extremist views".

Banning the swastika has also been considered in NSW, although a parliamentary inquiry considering the matter was told by a senior police officer the move could backfire by creating a "certain mystique" around the symbol.

However, Mr Maher said, the swastika was, when used by neo-Nazis, "such a symbol of hate" that it was "not appropriate" for public display.

He added that there were reasons to allow exemptions, including for "use in educational or artistic settings".

"The symbol the swastika has a very long and sacred history with a number of groups and faiths, including the Buddhist and Hindu faiths, as a symbol of peace and good fortune," he said.

"We'd want to make sure that, if we did introduce laws like they have in Victoria, that these things are allowed."

Victoria to become first state to ban the Nazi swastika
It will be a crime to intentionally display the Nazi symbol in public, carrying a maximum penalty of 12 months’…