Sa’ar ready to cooperate with Likud if Netanyahu defeated 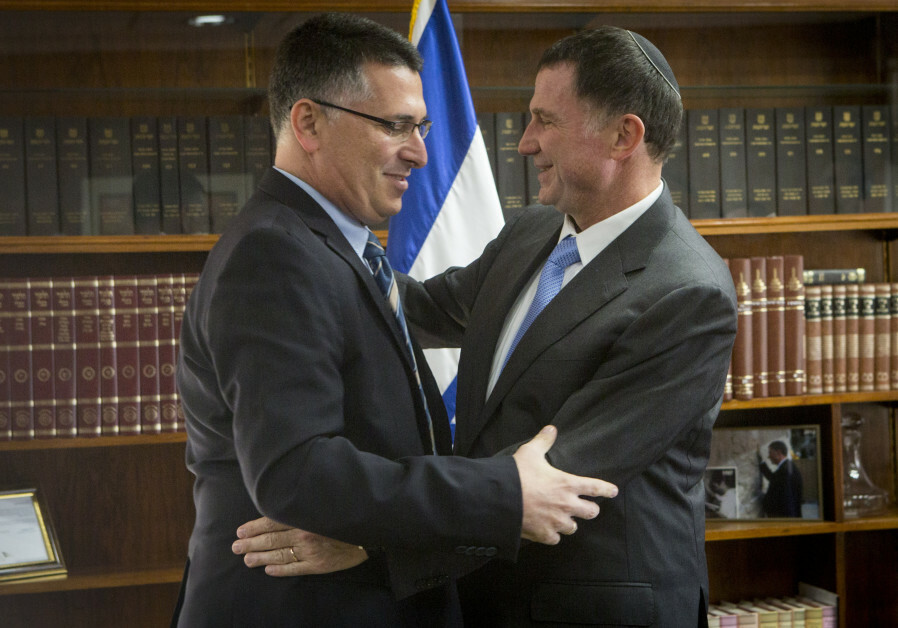 In his first reaction to MK Yuli Edelstein’s challenge to opposition leader Benjamin Netanyahu, Justice Minister Gideon Sa’ar told The Jerusalem Post Conference on Tuesday that his New Hope Party could work together with a new Likud leader.

Edelstein said for the first time on TV on Monday that he will run for the Likud leadership and urged for a primary to be held soon.

“If Likud will bring another candidate, it will be natural to cooperate, not only for New Hope but for other parties,” he said.

“Everything’s open. If they elect another leader, everything will be open. Yuli is right that keeping Netanyahu will keep Likud in the opposition.”

A Channel 12 poll Tuesday night found that Likud voters prefer Netanyahu over Edelstein, 86% to 6%, and that the Likud under Edelstein’s leadership would win 14 fewer mandates than under Netanyahu if Knesset elections were held now.

Most Likud figures declined to comment about Edelstein’s run, but MK Shlomo Karhi accused him of undermining Netanyahu and warned that he was on the way to join Sa’ar in New Hope.

Sa’ar spoke at the conference about his two new bills that will come up to be voted on by the current government in the near future, which could prevent Netanyahu from running for prime minister again.

These are not personal against Netanyahu, Sa’ar said, but are targeted at ending the growing, problematic idea that a prime minister can serve even if indicted, he said.

“I believe the opposition to this bill is personal, and the motivation for this kind of legislation is to bring the right values and norms to our public life,” said the justice minister in criticizing the Likud’s sticking to Netanyahu as their sole candidate for prime minister.

The Likud responded by attacking Sa’ar.

“The party of Sa’ar does not cross the threshold, so he is trying to pass anti-democratic, Iranian-style laws against the candidate who keeps getting the most support from the public,” the Likud said.

Asked about Edelstein’s announcement at the conference, Interior Minister Ayelet Shaked said she did not want to get involved.

“I am not interfering with the Likud,” she said. “Let them fight among themselves.”