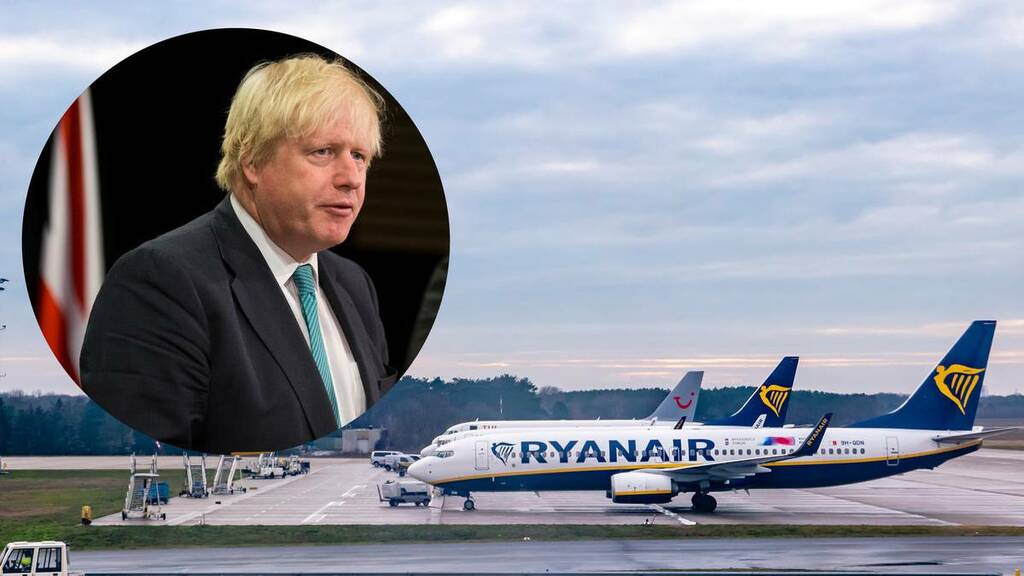 Ryanair's usual services may leave much to be desired, but their new speciality, trolling Boris Johnson on Twitter, has proven a hit.

After taking shots at the Prime Minister in December, the budget airline is back at it again, posting a parody drinks menu on Tuesday that pokes fun at the "bring your own booze" event that was held at Downing Street during the UK's first Covid-19 lockdown.

Inflight drinks include a "Virgin Vax on the Beach" (although passengers are invited to "bring [their] own booze"), and a "Bojohito" which has a "dash of deceitfulness".

The timely Tweet came after a Monday announcement that revealed Johnson's principal private secretary, Martin Reynolds, invited staffers to attend a "socially distanced drinks in the No. 10 garden" in May 2020.

The email, which was sent to more than 100 people, encouraged guests to "make the most of the lovely weather," On Wednesday, Johnson confirmed to parliament he had attended the event.

Ryanair returned to the keyboard, posting a picture of the popular game 'Wordle', which spelt out "RULES".

"It was a pretty easy word to follow, but not when your leader doesn't know/understand the word either," said the caption.

This isn't the first time the comical Twitter account has posted about it's beef with the Prime Minister.

In December, Europe's busiest airline posted several tweets following news about the Downing Street parties. In one, a parody alert level graphic compared the stage of the outbreak in the UK to the 'Downing St party level'.

Stage 5 showed healthcare services as "overwhelmed", while Downing Street would be in "full-on rave" mode.

Despite Ryanair's less-than-stellar reputation as a cheap carrier with strict baggage rules, the genius behind their social media account has earned the love of almost 510,000 followers.

The sharp jokes may seem like a risky move but aren't far off Ryanair's overall response towards Johnson's handling of the pandemic.

During an interview with The Guardian last month, CEO Michael O'Leary disapproved of the recent travel restrictions introduced after the omicron outbreak, saying they were a result of "panic" and possibly as a way to divert attention from the government incidents.