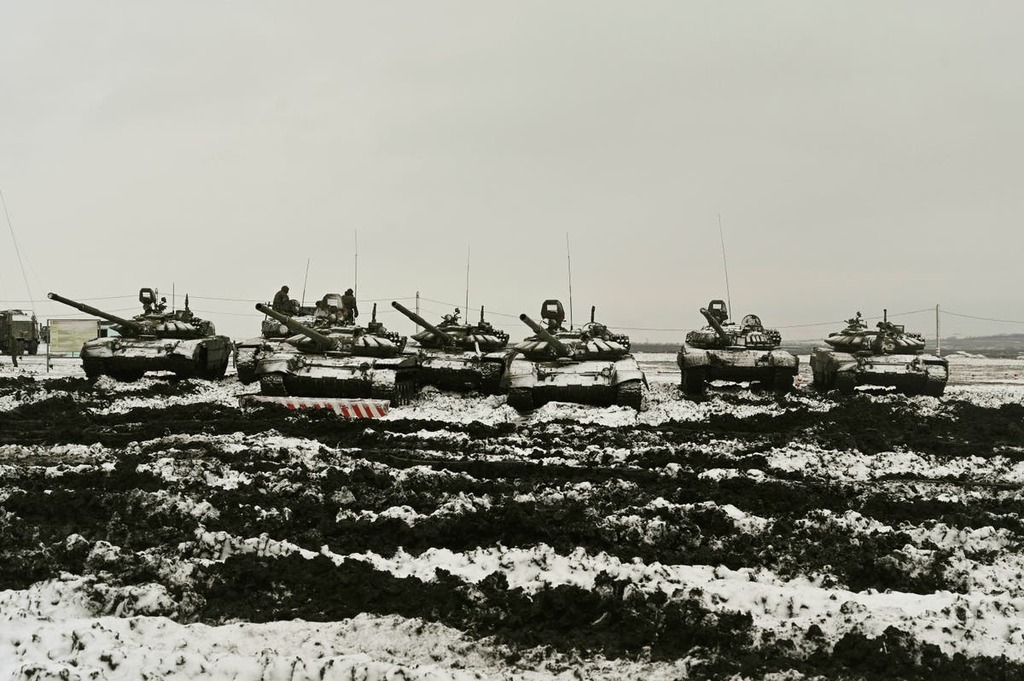 Russian forces carried out live fire exercises along the Ukrainian border on the day of crucial talks with Nato aimed at defusing escalating tension amid deep concern over threats of a conflict.

The military action was highlighted by the head of US delegation as an example of the difficulties in accepting the Kremlin’s protestations of seeking a peaceful settlement.

Speaking to journalists after four hours of talks in Brussels, the US deputy secretary of state said that Moscow’s stance has not changed from the one taken in talks between American and Russian diplomats preceding the Nato meeting.

Russia has made no commitment to withdrawing the force, of more than 100,000, massed at the frontier, she said. Moscow has also not drawn back from its demands that Ukraine never becomes a member and that the alliance must stop its expansion and western forces must be withdrawn from states bordering Russia.

Jens Stoltenberg, the Nato secretary-general, said that the Russian demands have been rejected and the alliance has called on Moscow to “immediately de-escalate the situation in Ukraine”.

Mr Stoltenberg continued: “Our differences will not be easy to bridge ... This wasn’t an easy discussion, but that is exactly why this meeting was so important, a very serious and direct exchange on the situation in and around Ukraine, and implications for European security.”

Nato has offered a series of further meetings on a series of issues including Ukraine, military exercises, and missile deployment but, said Mr Stoltenberg, the Russian delegation had yet to agree to the proposals.

The head of the Russian delegation, Aleksandr Grushko, permanent representative to Nato from 2012 to 2018, said before the meeting “the moment of truth in our relationship with the alliance is arriving....”

The final stop in this week’s diplomatic push comes on Thursday in Vienna, where Ukrainian and Russian officials will talk directly to each other at a meeting of the OSCE (Organisation for Security and Cooperation in Europe). Sweden and Finland, two other countries Moscow has stated should not join Nato, will also be present.