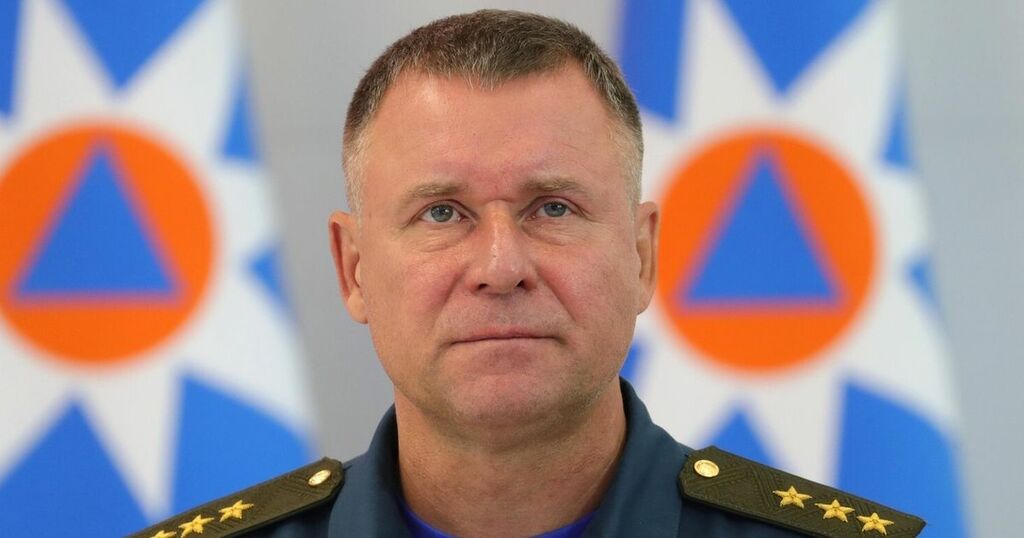 He is reported to have died while rescuing a fallen cameraman from water near Norilsk during large-scale exercises by armed forces and law enforcement agencies in polar regions.

Reports said Zinichev, 55, an army general who had been tipped as a possible successor to Putin, had fallen from a rock trying to save a cameraman.

The Ministry of Emergencies said: "We are sorry to inform you that while on duty saving a person's life in Norilsk during interagency exercises to protect the Arctic zone from emergencies…Yevgeny Zinichev was tragically killed.”

“He and the cameraman stood at the edge of a ledge,” said RT boss Margarita Simonyan.

“The cameraman slipped and fell into the water.

“There were many eyewitnesses - no-one even had time to figure out what had happened, as Zinichev rushed into the water after a man who had fallen off and crashed against a protruding rock.”

Reports indicate the cameraman died too.

Putin - also on a trip to Siberia - was informed of his death of the high profile senior member of his government.

Zinichev was a former KGB and FSB officer, and had been deputy director of the Federal Security Service counterintelligence agency.

He previously served as governor of Kaliningrad region, and like Putin was born in Leningrad, now St Petersburg.

Some reports say Zinichev died in a helicopter as he was airlifted to hospital from the accident scene.

His rapid rise afterwards led some to believe the Kremlin leader was grooming him as a possible presidential successor.

In Russia the emergencies minister is seen as an action man role with a high profile.

Putin expressed his deep condolences to Zinichev’s widow and family.