It is commonplace these days to invoke the fears that Russia’s aggression against Ukraine has awoken in Eastern Europe. With the 2008 invasion still fresh in the minds, the Black Sea nation of Georgia is also bracing itself against the Russian bear.

The latest surveys dating from March show amid the war in Ukraine, 90% of respondents perceived Russia to pose a significant political threat and 83% an economic threat to the country.

However, the question of how to respond to the war has clearly deepened political polarisation in the country. Led by social democratic party, Georgian Dream (GD), the government has tiptoed in its response to the invasion out of a so-called fear of provoking its neighbour, even as thousands have poured in the streets to demand more solidarity.

A Georgian or Russian dream?

Gestures at the onset of the war appeared to confirm Georgia’s Euro-Atlantic outlook, asserted in earnest in the wake of the 2003 Rose Revolution. Days after Russia invaded Ukraine, the government backed a United Nations resolution demanding Moscow withdraw its troops, sent 80 tons of humanitarian aid to Ukraine and opened its borders to more than 5,000 Ukrainian refugees.

On 3 March, Prime Minister Irakli Garibashvili announced that his country had officially applied to join the European Union.

But at the same time, Tbilisi has been wary of poking the bear in the eye, only too aware Russian troops are parked kilometres away from the capital. In late January, GD tabled a resolution that sought support Ukraine, but fell short of mentioning the Russian Federation’s aggression, drawing outrage from the opposition. A day after the invasion on 24 February, Garibashvili announced that Georgia would not join the international sanctions imposed against Russia and questioned their effectiveness. This prompted Kyiv to recall its envoy to Georgia, Igor Dolgov.

Georgia has also blocked a charter plane of Georgian volunteers from flying to Ukraine and prevented several Russian dissidents from entering its territory. Revealingly, Moscow did not include Georgia in a list of countries it considered unfriendly. “I will say frankly: we are truly fraternal nations, but I do not understand the position of the leaders of your state,” Zelensky told a Georgian journalist in Kyiv on 23 April.

Fears of military aggression are far from being the only concern. Although the EU now accounts for 21% of Georgia’s trade, the country has suffered from an economic dependency upon its northern neighbour since Russia gradually lifted its embargo on trade. In 2020, exports to Russia, Russian visitors, and remittances represented more than USD 900 million (5.7% of Georgia’s nominal GDP), and up to USD 1.3 billion (6.7% of GDP) in 2021. Of particular concern is Georgia’s dependency on its wine exports to Russia, wheat imports, and Russian tourism.

Altogether, the country counts more than 7,000 companies owned by citizens of the Russian Federation in sectors as diverse as finance, services and industry. It is expected that Russia’s war against Ukraine and Western sanctions will have an impact on Georgia’s economic growth.

This does not deter a share of the Georgian population from urging the government to stand closer to Ukraine. In Tbilisi, blue-and-yellow flags can be regularly seen hanging from balconies. Citizens, as well as the public and private sectors have organised various initiatives to support Ukrainian people.

While the Georgian society has demonstrated its support to Ukraine against Russian aggression, studies show varying results regarding the public’s demand to their government to step up its efforts. According to one poll more than 61% of the Georgian public want to see more support for Kyiv. Another shows that more than half consider the government’s support to Ukraine as “sufficient” or “somewhat sufficient”.

The recall of the Ukrainian ambassador by President Volodymyr Zelensky over PM Garibashvili’s decision not to join sanctions against Russia became a turning point for many. Out of frustration over the government’s actions, tens of thousands of citizens demonstrated in the centre of Tbilisi in the first weeks of the war. In late March, 22 Georgian civil society organisations hit out at GD’s “vague and inconsistent rhetoric” on the war.

The country’s ceremonial president, former diplomat Salome Zourabichvili, who was born in Paris, has also acted as a thorn in the side of GD. After the government refused to allow her to make diplomatic trips to oppose the war, the former diplomat resorted to use her personal connections to embark onto a diplomatic and media blitz across Europe in the days following the invasion. The ruling party has announced it was in the process of suing her for her “unauthorised trips to Paris and Brussels”, despite initially strongly supporting her bid for the presidency.

In her annual address to the Parliament in March, Zourabichvili criticised both GD and the opposition for failing to reach a consensus on the war. Whereas the parliamentary majority tended to frame critics as traitors or warmongers, the opposition, too, was guilty of systematically reducing GD’s foreign policy to a pro-Russian one, she said.

Could this be the beginning of the end of Tbilisi’s ambiguity?

In line with Zourabichvili’s calls, it is evident the country must use this moment to forge a more unified stance toward Russia.

GD’s attempts to “normalise” relations with Moscow appears to have borne little fruit. Since 2008, Russia continues to push into the illegally occupied regions of Abkhazia and Tskhinvali Region/South Ossetia, slowly but surely pushing the “administrative boundary line” outward.

In this vulnerable context, some will say that GD’s policy is merely “pragmatic”. But I would argue it is precisely this vulnerability that undermines the case for an ambiguous stance over the war in Ukraine.

Russia, as the past decade shows, has been able to advance its influence and threaten Georgia’s security without resorting to a full-scale military aggression. Further appeasing Moscow does not give a country any guarantees that there won’t be another military escalation from the Russian side.

Finland’s historic decision to apply for NATO membership, which could yet inspire Sweden to follow suit, shows the way forward. The military bloc recognised in 2008 Georgia would one day join; the time is now ripe, with more than 70% of Georgians backing their government’s stated goal of joining the alliance.

Integration will require efforts from both parties. On the one hand, NATO must open its arms to the South Caucasian country. On the other, Tbilisi will need to heed calls to reduce its economic dependency on Russia and restore its relations with Ukraine.

Such steps would also boost Georgia’s credentials within the Euro-Atlantic community, as it awaits the European Union’s decision on its membership application and fears of a spillover of the conflict into Moldova continue to mount.

More broadly, overcoming narrow party politics and abandoning unfriendly rhetoric toward Ukraine can be a first but important step to reducing intense political polarisation and avoiding further deepening the divide between the government and the public.

Ana Andguladze does not work for, consult, own shares in or receive funding from any company or organisation that would benefit from this article, and has disclosed no relevant affiliations beyond their academic appointment. 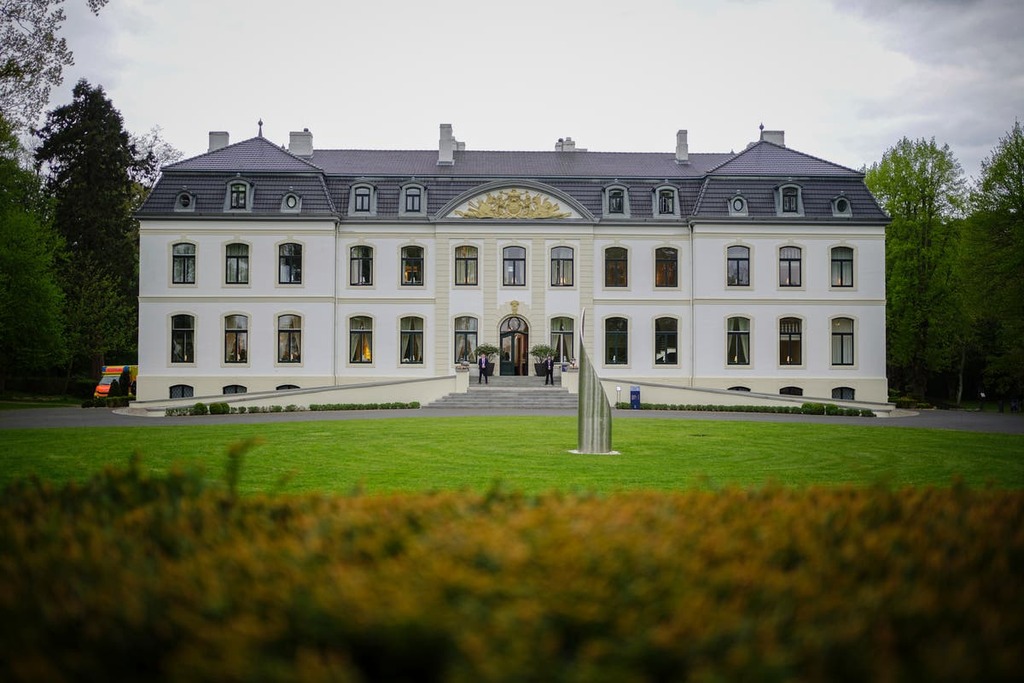 The Independent UK
One subscription that gives you access to news from hundreds of sites
G7 backs more aid, weapons to Ukraine in show of unity against Russia 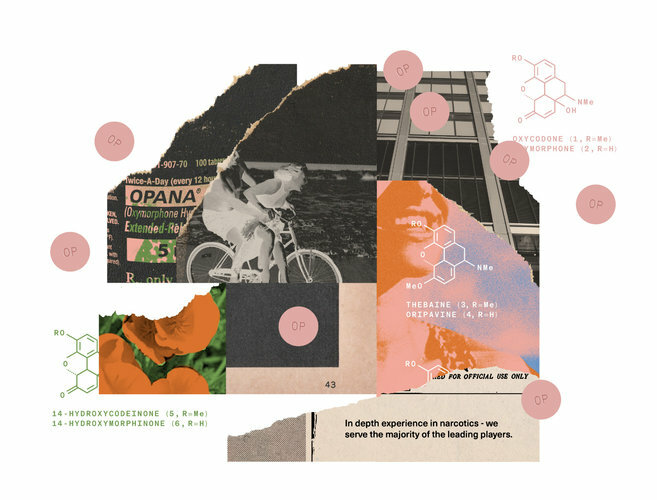 Behind the Scenes, McKinsey Guided Companies at the Center of the Opioid Crisis

Bloomberg
‘Cryptoqueen’ Ignatova to Be Added to FBI’s Most-Wanted List
Ruja Ignatova, the woman also known as ‘Cryptoqueen,’ is being added to the FBI’s list of Ten Most Wanted fugitives…

The Telegraph
Second Hindu man killed in India, stoking sectarian tensions
A week after a tailor was murdered in his shop, authorities fear a second man has become the victim of… 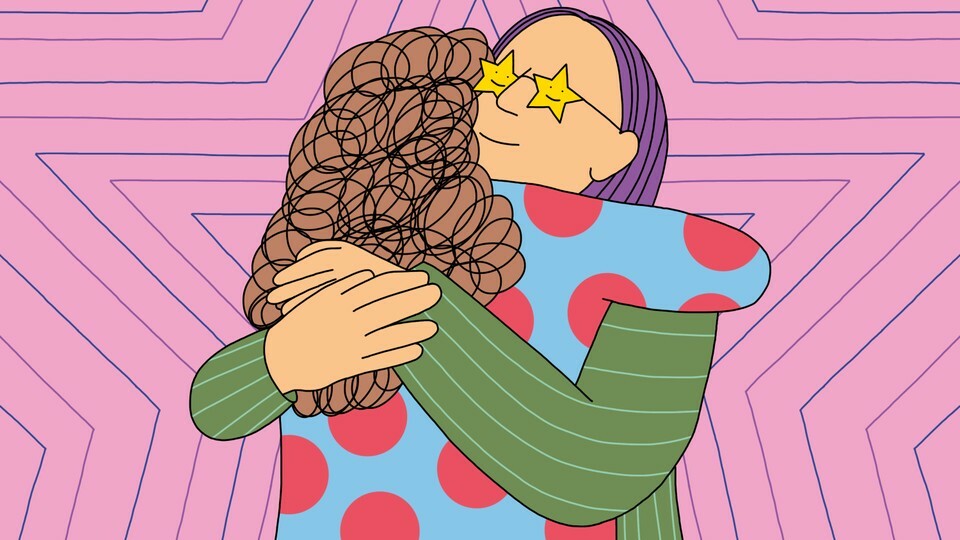