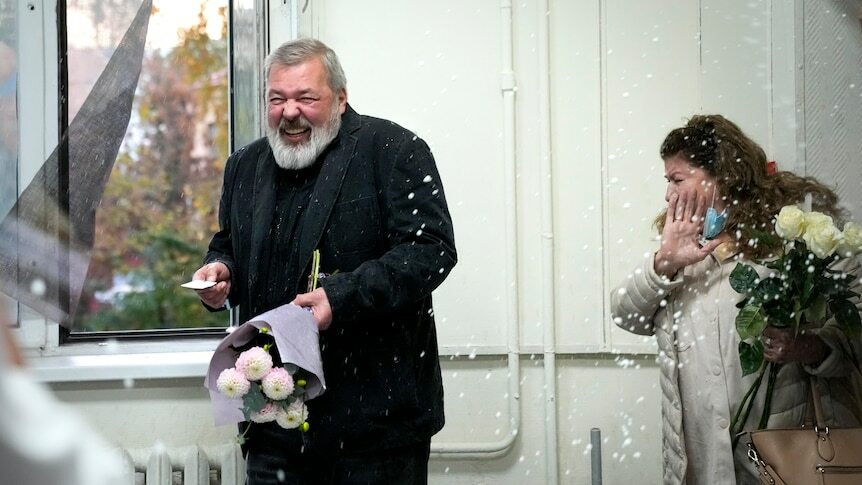 Mr Muratov, and fellow journalist Maria Ressa of the Philippines, won the prize for their fight for freedom of expression.

Many in Russia had hoped that the prize would persuade Russian authorities to slow down their sweeping crackdown on independent media.

They included reporters from Russian Dozhd independent TV, The New Times news outlet, BBC and the US-funded RFE/RL among others.

Bellingcat — a Netherlands-based international organisation known for its open-source investigations into Russian military action in Ukraine and Syria and attacks on Kremlin opponents in Russia and abroad — was also added to the list in an apparent attempt to discourage Russians from cooperating with it.

The Novaya Gazeta, of which Mr Muratov is co-founder and editor, is one of the few independent newspapers to have avoided the foreign agent label.

Mr Muratov said he would use the prize money to help Russian journalists facing reprisals.

The Kremlin has denied that it is stifling freedom of speech and insists that the designation doesn't bar media outlets from operating.