Kyiv (Ukraine) (AFP) - Russian forces on Tuesday stepped up their offensive on the last pocket of resistance around Lugansk in Ukraine's eastern Donbas region, as the conflict entered its fourth month.

Since Moscow's invasion in late February, Western support has helped Ukraine hold off its neighbour's advances in many areas, including the capital Kyiv.Russia is now focused on securing and expanding its gains in Donbas and the southern coast.

"The coming weeks of the war will be difficult, and we must be aware of that," Ukraine's President Volodymyr Zelensky said in his nightly address Monday after regional leaders and residents reported heavy bombardments.

"The most difficult fighting situation today is in Donbas," Zelensky said, singling out the worst-hit towns of Bakhmut, Popasna and Severodonetsk.

Too late to leave

The governor of Lugansk said Russia had sent thousands of troops to capture his entire region and that Severodonetsk was under massive attack.

He warned an estimated 15,000 civilians still in the city that it was too late to leave.

"At this point I will not say: get out, evacuate," Sergiy Gaidai said on Telegram.

"Now I will say: stay in a shelter, because such a density of shelling will not allow us to calmly gather people and come for them."

The Ukrainian presidency said Tuesday that four people in one house had been killed and four others wounded in the shelling of Severodonetsk, while another three people were killed and six hurt in Donetsk region.

Residents of Bakhmut, a crucial junction that serves as a command centre for much of the Ukrainian war effort, told AFP of the aerial onslaught they had suffered.

"I looked up from my prayers and heard a frightening sound," 82-year-old Maria Mayashlapak said next to the splintered remains of her home.

More than six million people have fled Ukraine and eight million have been internally displaced since the war broke out, according to the United Nations.

Zelensky said in his address that Russia had carried out nearly 1,500 missile strikes and more than 3,000 airstrikes against Ukraine in the first three months of the war.

He claimed most were aimed at civilian targets.Ukraine's prosecutor general said 234 children had been killed since the war began, and 433 injured.

Western countries have sent huge amounts of weapons and cash to Ukraine to help it repel Russia's assault, and punished Moscow with unprecedented economic sanctions.

But Ukraine is demanding swifter delivery of arms and tougher action against Russia.

Ukrainians were "paying dearly for freedom and independence", Zelensky said in a video address Monday to world business and political leaders gathered at the World Economic Forum in Davos, Switzerland.

He called for an international oil embargo on Russia, as well as punitive measures against all its banks and the shunning of its IT sector.

Ukrainian Foreign Minister Dmytro Kuleba echoed his comments Tuesday, saying the "Russian offensive in the Donbas is a ruthless battle, the largest one on European soil since WWII.

Russia's army said it had begun an operation to de-mine Mariupol, the strategic southern port city that had finally fallen under its control after a devastating siege.

"To date, more than 50 kilometres of the coast along the Sea of Azov has been examined and more than 300 various munitions have been neutralised," it said.

Mariupol Mayor Vadym Boychenko spoke Tuesday at Davos, where he said 90 percent of infrastructure including schools and hospitals in his city was in ruins.

He accused Russia of behaving like a "state terrorist" in his address via videolink."They keep 100,000 people without water, without food, without electricity."

And disease risked further loss of life, he warned.

Referring to Ukraine's estimated death toll from the siege of Mariupol, he said: "We see that war already took lives of 20,000 people, and epidemics could take the lives of thousands more."

The siege of Mariupol has become emblematic of the horror of the conflict, along with towns such as Bucha, where the discovery of civilian casualties after Russian troops withdrew has prompted claims of war crimes.

A Kyiv court on Monday found a 21-year-old Russian soldier guilty of war crimes for killing an unarmed civilian in northeast Ukraine, in the first verdict of its kind since the invasion began.

Vadim Shishimarin was handed a life sentence in a trial followed around the world, as international institutions and Ukrainian authorities investigate thousands of other alleged war crimes.

The sergeant from Siberia had admitted killing a 62-year-old civilian, Oleksandr Shelipov, as he was riding his bike in the village of Chupakhivka in northeast Ukraine.

In Geneva, a counsellor at Moscow's mission to the United Nations on Monday announced he was leaving his job after 20 years of diplomatic service in protest at Russia's invasion.

In the letter circulated to a number of diplomatic missions in Geneva and seen by AFP, Boris Bondarev condemned the war as "not only a crime against the Ukrainian people but also, perhaps, the most serious crime against the people of Russia".

"Never have I been so ashamed of my country," he said. 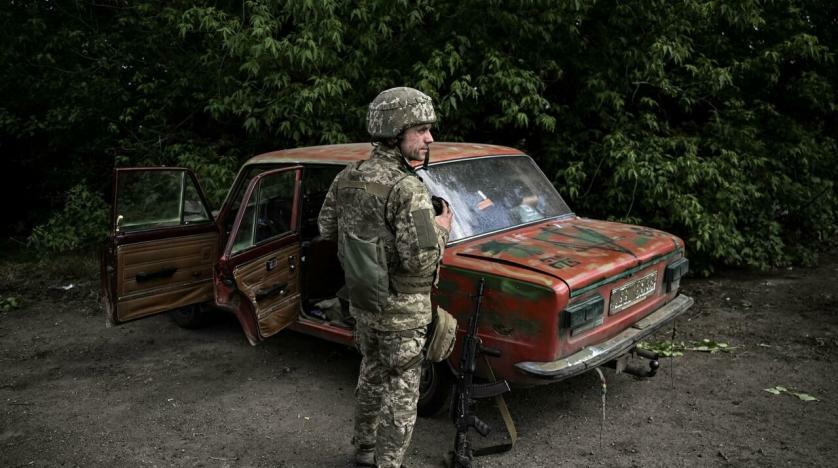