Russell sees no issues with joining Hamilton at Mercedes 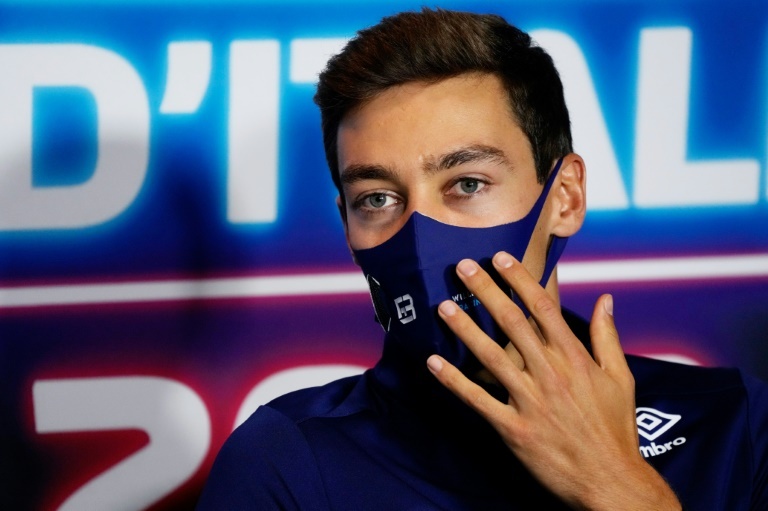 Monza (Italy) (AFP) - George Russell said on Thursday that he does not "see there being any issues" when he becomes seven-time Formula One world champion Lewis Hamilton's new Mercedes teammate next season.

The 23-year-old Russell will leave Williams to join his fellow Briton for the 2022 season, replacing Valtteri Bottas at the Silver Arrows.

Hamilton, who trails Max Verstappen by three points in this season's standings, had made clear his respect for, and trust in, Bottas as a teammate.

But Mercedes opted not to keep the Finn, who rarely threatened Hamilton's F1 supremacy, for a sixth year, instead bringing in their former development driver Russell.

Mercedes have said in the past they want to avoid a repeat of the 2016 campaign, when Nico Rosberg pipped teammate Hamilton to the world title after a fierce battle.

"I think Mercedes have had clear experience of a poor dynamic within the team, and they've made it absolutely clear that they don't want a repeat," Russell said ahead of this weekend's Italian Grand Prix.

"On a personal level as well, I don't want that either.I'd say as well, Lewis and I are at very different stages of our career, which I think also helps, and I have a huge amount of respect for him.

"I think being so much younger and looking up to him as a young karting driver changes that dynamic a lot too.I don't see there being any issues at all."

Russell failed to win a point for Williams in his first two seasons despite consistently out-qualifying his teammates, although he did impress when standing in last year for Hamilton at the Sakhir Grand Prix.

He looked set for victory until Mercedes bungled a pit stop.

Russell has improved again in 2021, finishing eighth in Hungary before a magnificent qualifying performance saw him take second in the farcical Belgian Grand Prix.

"In a way I'm almost returning back to where I started my journey towards Formula One," he added.

"But equally obviously it's sad to close this chapter with Williams.It's been a great journey and so pleased we've had some great results in recent races to show for our efforts."

Hamilton, looking for the 100th F1 win of his career, will be hoping to retake the championship lead from Verstappen at Monza this week.

"It's not going to be easy.I'm under no illusion how tough that's going to be," Russell said of racing against Hamilton, who burst onto the scene in his rookie season by finishing level on points with McLaren teammate Fernando Alonso in 2007.

"I think we all know how strong Lewis is and in my opinion he's probably the greatest driver of all time...I think I'm in an incredibly fortunate position, I can go and learn from the best."