TOKYO — The attack on Salman Rushdie in western New York state Friday prompted renewed interest in previous attacks on people connected to his 1988 novel, “The Satanic Verses,” including its Japanese translator, who was killed in 1991.

The translator, Hitoshi Igarashi, was stabbed to death at age 44 that July at Tsukuba University, northeast of Tokyo, where he had been teaching comparative Islamic culture for five years. No arrests were ever made, and the crime remains unsolved. Rushdie said at the time that news of Igarashi’s death had left him feeling “extremely distressed.”

Rushdie, 75, underwent hours of surgery after being stabbed and was put on a ventilator Friday evening, but by Saturday he had started to talk, according to his agent, Andrew Wylie.

Igarashi had translated “The Satanic Verses” for a Japanese edition that was published after Ayatollah Ruhollah Khomeini, then the supreme leader of Iran, had ordered Muslims to kill the Indian-born British writer over the book’s depiction of the Prophet Muhammad.

Police in Japan said at the time that they had no specific evidence linking the attack to “The Satanic Verses.” But news reports said that the novel’s Japanese publisher had received death threats from Islamic militants and that Igarashi had for a time been protected by bodyguards.

The publishing house, Shinsensha, had also faced protests at its Tokyo office in 1990, and a Pakistani citizen was arrested that year for trying to assault a promoter of the book at a news conference.

Igarashi was killed as he left his office at Tsukuba University after a day of teaching. His son, Ataru Igarashi, told a reporter years later that he had been working on translating “The Canon of Medicine,” a medieval medical textbook by Islamic physician and philosopher Ibn Sina.

Police said that a janitor had found Igarashi’s body near an elevator with slash wounds on his neck, face and hands. A brown leather bag that Igarashi had been carrying was covered in slash marks, suggesting that he had tried to defend himself during the attack, the Shukan Asahi magazine reported.

He was survived by his wife, Masako Igarashi, and their two children.

Speculation about the killing circulated in the Japanese news media for years. The most prominent theory, reported in 1998 by the magazine Daily Shincho, was that investigators had briefly identified a Bangladeshi student at Tsukuba University as a suspect but that they had stood down amid pressure from top officials, who worried about the potential implications for Japan’s relations with Islamic nations. No solid evidence of that theory ever emerged.

Hitoshi Igarashi may be the only person to be killed because of their work with Rushdie. Several others survived attempts on their lives, including Ettore Capriolo, the Italian translator of “The Satanic Verses,” who was stabbed in his apartment in Milan days before the attack on Igarashi.

In July 1993, Turkish novelist Aziz Nesin, who had published a translated excerpt from “The Satanic Verses” in a local newspaper, narrowly escaped death when a crowd of militants burned down a hotel in eastern Turkey where he was staying in an attempt to kill him.

Nesin, who was then 78, escaped the building via a firefighters’ ladder. But 37 others — intellectuals who had gathered at the hotel to discuss ways of promoting secularism — died in the blaze. A Turkish court later sentenced 33 people to death for their roles in the attack.

In October 1993, the Norwegian publisher of “The Satanic Verses,” William Nygaard, was shot three times outside his home in Oslo, Norway. He made a full recovery and went on to reprint the book in defiance.

In 2018, Norwegian police filed charges in the case two days before a deadline that would have foreclosed prosecution. They declined to name the suspects or specify how many had been charged.

The lack of progress in the case has brought sharp criticism of the police investigation, which focused principally on personal motives, rather than political or religious ones, according to a 2008 documentary by Odd Isungset, a journalist who also wrote a book about the attack.

According to Norway’s state broadcaster, NRK, one of the suspects is a Lebanese citizen, Khaled Moussawi, who had been questioned during the initial investigation. Although Norwegian police have never released that name, Moussawi, who returned to Lebanon in 1996, confirmed to NRK that he was one of those charged.

The other suspect, according to reporting by Isungset and by NRK, is an Iranian diplomat who worked at his country’s embassy in Oslo from 1989-93, when he left Norway.

Halvard Helle, a lawyer for Nygaard, said that two people had been charged in the case, including an Iranian former diplomat. He called for police to issue international arrest warrants for the suspects.

Isungset expressed doubt that the case would reach a conclusion. “Unfortunately, I don’t think this matter will ever go to court in Norway,” he said.

As for Igarashi’s killing, the statute of limitations in the case expired in 2006, producing a general sense of disappointment that there would be no closure — or reflection on what the killing meant for the country.

“If a perpetrator had been caught, then perhaps that would have spurred a discussion on freedom of religion and speech,” said Sachi Sakanashi, a researcher at the Institute of Energy Economics in Tokyo who specializes in Iranian politics. “However, that did not happen.”

In 2009, the professor’s widow, Masako Igarashi, picked up his wallet, glasses and other possessions from a police station where they had long been held as evidence, the Shukan Asahi magazine reported.

But last year, police officials told the Mainichi Shimbun newspaper that they were continuing to investigate Hitoshi Igarashi’s killing in the hope that the statute of limitations might not apply if a perpetrator turned out to have fled the country.

Masako Igarashi, a high school principal and a scholar of comparative Japanese literature, told the newspaper that she held out hope of finding justice.

“When times change,” she told the Mainichi Shimbun, “the possibility of a sudden breakthrough won’t be zero.” 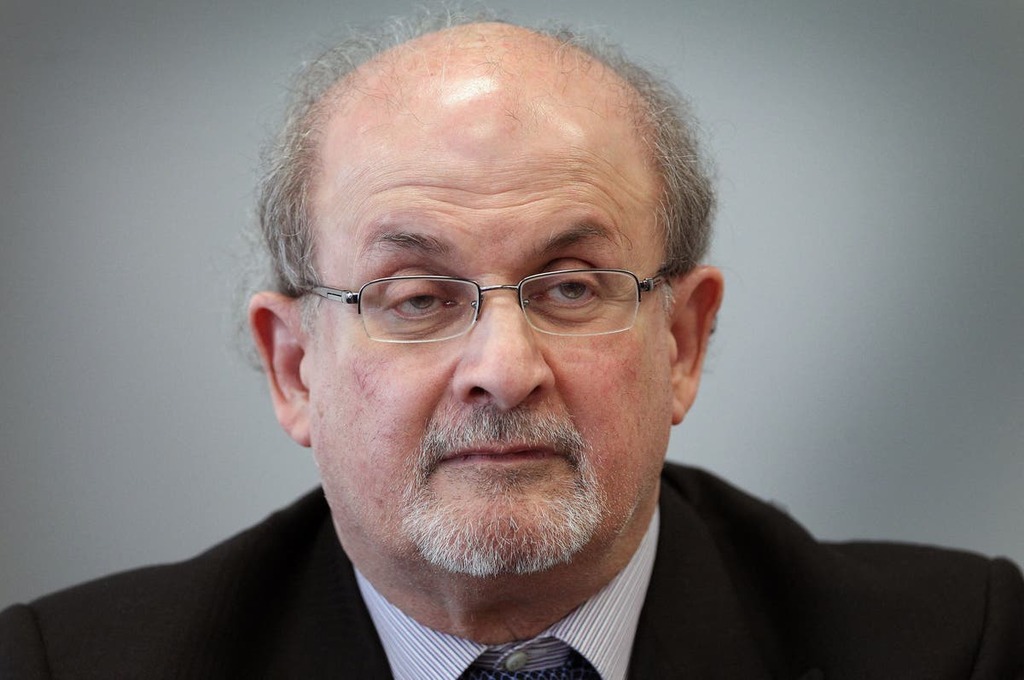 The Satanic Verses: What happened to the translators who have worked on the controversial book?
Translators from Italy, Japan and Norway have been targeted in the past

The Independent UK
From analysis to the latest developments in health, read the most diverse news in one place.
What is a fatwa? Salman Rushdie’s backstory moves center stage after attack
After Salman Rushdie was attacked as he began a lecture Friday in western New York, it was a potent reminder…

Los Angeles Times
Who is Salman Rushdie? Author whose book The Satanic Verses made him a target

The Indian-born writer has been stabbed in New York, and it’s not his first brush with violence

The Guardian - UK
Salman Rushdie: timeline of the novelist’s career

The Guardian - UK
A tsunami of outrage: Salman Rushdie and The Satanic Verses

The Guardian - UK
One place to find news on any topic, from hundreds of sites.
Drastic rethink of security likely in wake of Salman Rushdie attack

Analysis: Although the fatwa against Rushdie was issued more than 30 years ago, the threat never went away