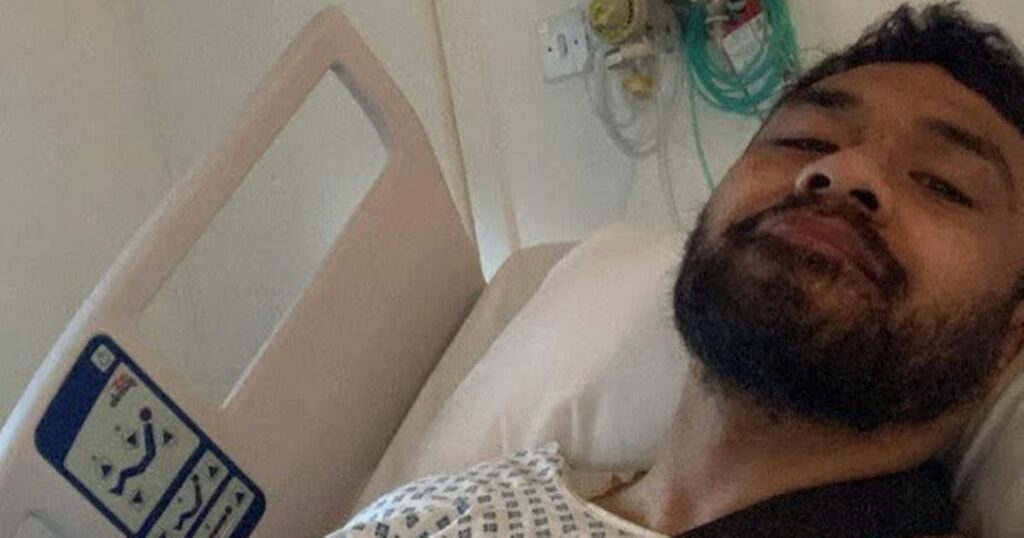 The nominees for the Rugby Players Ireland awards have been revealed, with Connacht wing Mack Hansen capping off a great…

Here are your rugby evening headlines for Friday, 13 May

Asharq Al-Awsat
From analysis to good news, read the world’s best news in one place
Russell: Mercedes F1 has ‘real shot’ against Ferrari in Spanish GP

Sebastian Vettel remains adamant that Aston Martin has done the right thing with its change of car concept, despite its…

Here are your rugby evening headlines for Wednesday, May 11.

England star Chris Ashton has apologised to Ireland wing James Lowe over comments he made about the Leinster star a couple of years ago.

Lowe revealed that England wing Ashton said sorry to him in the aftermath of Leinster's Champions Cup quarter-final clash with Leicester Tigers. During an Autumn Nations Cup match in Twickenham, English winger Jonny May scored a spectacular solo try, which he began in his own 22.

While speaking on the BBC Sport Rugby Union Daily Podcast, Ashton criticised Lowe’s lack of pace in getting back to cover. “Where was James Lowe? He’s dragging a dresser back there. He’s too big. He’s dragging a tractor, mate, turning. I watched him during the game. He is too big, too heavy, too slow.”

Read next: Wales' entry into new competition will change autumn internationals forever and come with threat of catastrophic relegation

After Leinster's victory over Leicester, Lowe said: “He just apologised obviously. He said he was just caught in the moment and he obviously didn’t mean it. He said that he enjoyed the way I played, he loved how much I’ve grown as a player, and that was it.

“And I said, ‘Yup, that’s alright.’ But at the end of the day, he made his bed and he has got to sleep in it. But fair play, I understand he may have said some things he may not have meant in the heat of the moment. When you’re on live TV that’s what happened. That’s what you say.”

Plans for the new global competition would end South Africa's hopes of joining the Six Nations, according to reports.

Talks are currently ongoing in Dublin between the sport's leading unions over plans for a biennial competition that would see rugby's global calendar more closely aligned. You can read more about the plans - which include a grand final and promotion/relegation play-offs every two years - here.

And the Times report that were the plan to go ahead, it would rule out South Africa joining the Six Nations - despite the SARU closely aligning themselves with Europe as their domestic sides now play in the URC.

“The Sanzaar unions [South Africa, New Zealand, Australia and Argentina] have faced some real challenges in the last few years. The idea of South Africa joining the Six Nations is still not entirely written off, it’s still coming up in conversations. But if you were to put in this type of competition you would kill all that,” a source told the Times.

“If South Africa were to join the Six Nations everything has to be rehashed and you wouldn’t even try to continue working on this model. The categorisation of northern and southern teams would change and the windows wouldn’t work. In this format South Africa would play all the Six Nations teams every year anyway — it’s one of the appeals of it.”

The kick-off times for Wales' three Test tour of South Africa have been confirmed.

All three matches will take place at 17:05pm local time (16:05pm BST). Wayne Pivac's side travel to the home of the world champions in what will be the Wales coach's first tour abroad.

The planned tour of Japan and New Zealand in 2020 was cancelled due to the Covid-19 pandemic, while restrictions a year later meant they faced Canada and Argentina on home soil.

On Saturday 2 July, Wales will face the Springboks at Loftus Versfeld in Pretoria. A week later, they'll travel to Toyota Stadium in Bloemfontein before finishing the tour on 16 July at DHL Stadium in Cape Town - which is where all of the Lions' Test matches were staged last year.

Wales star out of tour

Willis Halaholo is officially out of Wales' summer tour and Tomos Williams and Josh Adams are doubts.

Providing an update on the injured trio, Cardiff director of rugby Dai Young said: “Willis is definitely a non-starter for the tour. He had a real nasty hamstring tear, with tendon involvement and so on, but he’s also had his shoulder done. That is probably something we would have looked at later, but because the hamstring injury was always going to rule him out of the summer tour it made sense for him to get his shoulder done at the same time. It doesn’t prolong the time that he is out because it will run alongside.

“With Josh and Tomos, it’s touch and go. Obviously they are not available for the next two games for us. I am sure the Welsh management will pick up with our medical team in a couple of weeks time to see where they are.

All Blacks winger heads to America

The 31-year-old lifted the Rugby World Cup with the All Blacks in 2015 but has since struggled with injury, with his last Test appearance coming back in 2018.

Having broken through with the Hurricanes, he enjoyed a spell with Toulon before returning to New Zealand, first with the Highlanders and then the Hurricanes again. Now though, the 13-cap wing will head to New York, where he'll join fellow All Black Waisake Naholo.

The nominees for the Rugby Players Ireland awards have been revealed, with Connacht wing Mack Hansen capping off a great…

Here are your rugby evening headlines for Friday, 13 May