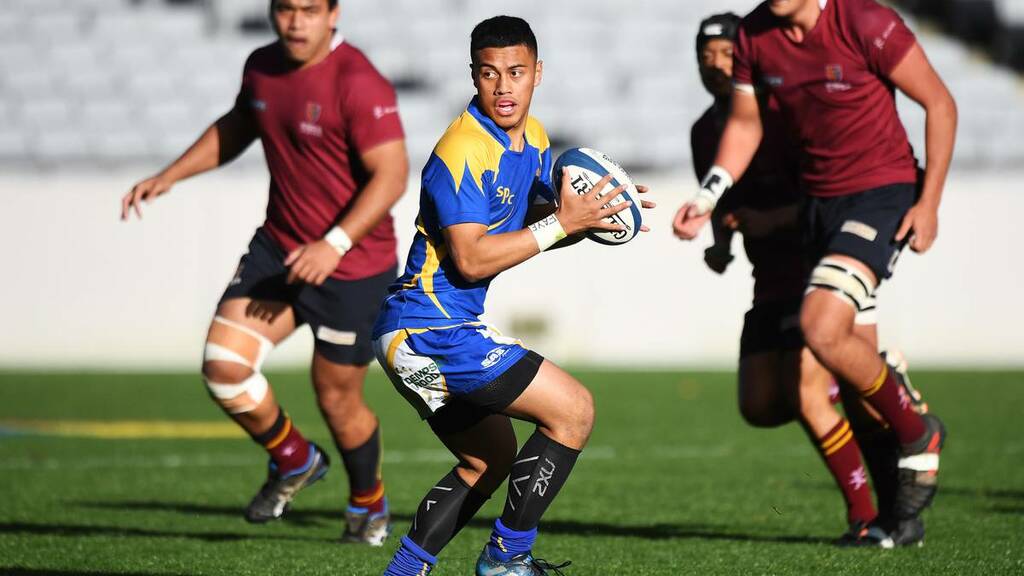 The Highlanders are looking to the future with their latest signing, as talented Auckland schoolboy Ajay Faleafaga joins the team on a three-year deal.

The 18-year-old first five-eighth will join the Highlanders from 2022, according to a post from Orbit Sports Management on social media.

Faleafaga has been on the radar of many since making his debut in the Auckland 1A competition for St Peter's College while in fourth form and just 15 years old.

But while Faleafaga has linked up with the Highlanders, he has not signed on to play in the Super Rugby Pacific competition in 2022.

In a statement, the Highlanders confirmed Faleafaga would be joining them in the new year, but would be brought into their high performance programme to assist in developing his talent over the next three years to give him the best opportunity to one day play for the Highlanders.

"It is similar to the development programme players like Saula Ma'u and Sean Withy have undertaken over the last few years," the statement said.

"He has enrolled at the Otago University next year and is undertaking a three year arts degree minoring in criminology".

Faleafaga will also be part of Otago Rugby's Academy in 2022.

The move comes after the Highlanders parted ways with one-test All Black Josh Ioane, who has joined the Chiefs for the 2022 season. The Highlanders agreed the release Ioane from the final year of his contract with the team to pursue other opportunities, and the 26-year-old is expected to return to the No10 jersey with the Chiefs after spending the majority of his time at fullback for the Highlanders in 2021 with Mitch Hunt emerging as their first-choice No10.

"I've loved my time with the Highlanders and am grateful for everything they've done for me" Ioane said.

"However, I'm excited to link up with the Chiefs whānau. They've built an amazing culture up there from what I've heard and I admire what the Chiefs are about. Hopefully I am able to add something to that environment."