Donald Trump’s onetime attorney Rudy Giuliani testified to the House select committee investigating the January 6 Capitol attack at length on Friday but declined to discuss the involvement of congressional Republicans in efforts to overturn the 2020 election result, according to sources familiar with the matter.

The move by Giuliani to refuse to give insight into Republican involvement could mean his appearance only marginally advanced the inquiry into his ploy to have the then vice-president, Mike Pence, unlawfully keep Trump in office after he lost to Joe Biden.

However, he did potentially pique the committee’s interest by discussing two notable meetings at the White House involving Trump that took place just weeks before the Capitol insurrection.

Giuliani asserted privilege and the work-product doctrine to decline to respond when asked to detail the roles played by House and Senate Republicans in the scheme to stop Congress’s certification of Biden’s victory on 6 January 2021, the sources said.

The panel was not expecting Giuliani to divulge damning information against Trump, since committee counsel had agreed with Giuliani in advance that he should not have to violate legitimate claims of privilege he might have as the former president’s attorney.

But Giuliani’s refusal to engage with questions about House and Senate Republicans frustrated the select committee, the sources said, not least because Giuliani personally urged them to object to Biden’s victory to delay its certification.

One thing that the former president’s attorney did discuss – at length – was a contentious Oval Office meeting on 18 December 2020, the sources said, when the former Trump campaign lawyer and conspiracy theorist Sidney Powell lobbied Trump to authorize the seizure of voting machines and appoint her special counsel to investigate election fraud.

The former president did not advance Powell’s proposal, the Guardian has previously reported, after Giuliani cut off her access to Trump and instead proposed at a separate White House meeting with congressional Republicans on 21 December 2020 to have Pence help return Trump to office.

Giuliani spent the remainder of the virtual deposition – conducted by investigative counsel and the select committee members Peter Aguilar, Jamie Raskin and Zoe Lofgren – arguing about the debunked claims of election fraud which underpinned Trump’s allies’ push to return him to power, the sources said.

The extended back-and-forth via Cisco Webex video conference centered on the select committee’s lawyers investigating whether Giuliani could truly believe the claims of election fraud even though the justice department found no such evidence, the sources said.

Giuliani told the select committee that he disagreed with the justice department and that the evidence for election fraud was incontrovertible, the sources said, seemingly making the case that his belief meant he could not have acted with criminal intent to obstruct Congress.

The question of what Giuliani truly believed extends to Trump, former US attorney Joyce Vance said.

As Vance put it: “What prosecutors are driving at here is proof Trump knew or should have known he had lost the election. His state of mind is where a prosecution would rise or fall.”

Giuliani’s transcribed deposition, which was conducted under oath and bisected by a break during which he hosted his hour-long afternoon radio show, came a fortnight after he abruptly pulled out of a scheduled interview because the panel refused to allow him to video the session.

He later dropped his objection and rescheduled his appearance after the select committee implicitly threatened to hold him in contempt of Congress for defying a subpoena issued earlier this year demanding documents and testimony, an order which he immediately denounced as illegal.

Giuliani made a formal complaint at the start of the deposition challenging the legality of the panel and the subpoena, the sources said. Earlier, he shared some documents with House investigators but did not create a “privilege log” of documents he was withholding, as is standard, the sources said. 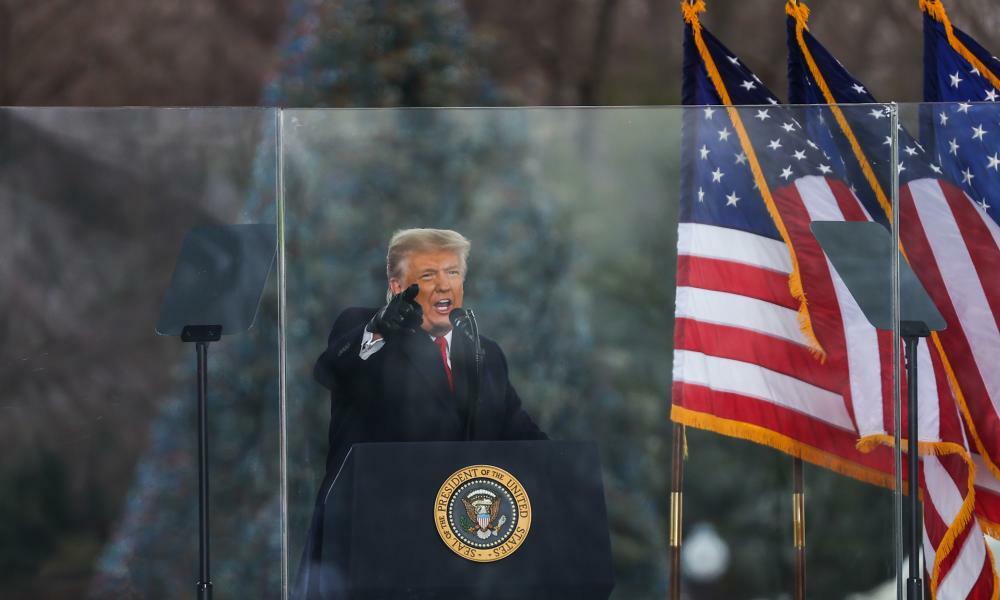 The Guardian - US
One subscription that gives you access to news from hundreds of sites
Commentary: Democrats need to stop behaving as if there’s a prize for showing restraint
The question I get asked the most as someone who went from being a Republican to a Democrat is: “What’s…