Rocket-propelled grenade fired at Punjab Police's intelligence headquarters in Mohali, but it fails to explode

MOHALI: A rocket-propelled grenade (RPG) was fired at a high-security building housing Punjab police’s intelligence wing headquarters in Sector 77 of Mohali on Monday. The grenade landed on the third floor of the building but did not explode.

It damaged a glass door and shattered window panes. No casualty was reported.

The attack happened just three days after the arrest of four suspected terrorists with IEDs at Karnal in Haryana, and nearly a fortnight after an explosive device was found near Burail jail in Chandigarh.

“There was a minor explosion on the third floor of our intelligence headquarters around 7. 45pm. There is no damage. We are investigating,” DGP VK Bhawra said. Former Punjab deputy CM Sukhjinder Singh Randhawa said in a tweet “the bomb blast was a sign of deep communalism”. 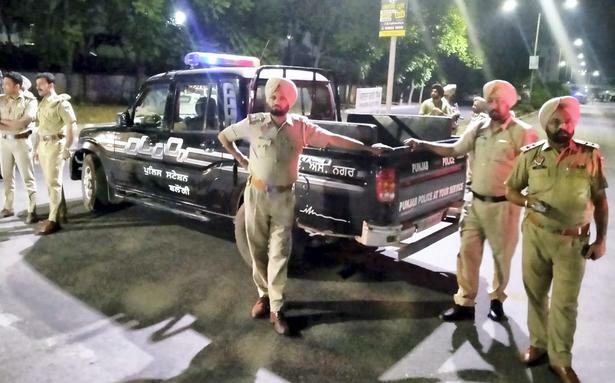 The Hindu
One subscription that gives you access to news from hundreds of sites
Mohali blast: All you need to know about rocket-propelled grenade that caused ‘rocket-like fire’

MOHALI: There was a bid to blow up the Punjab intelligence headquarters at Sohana in Mohali late in the evening…

The Times of India
RPG attack: Mohali police recover launcher; round up 18-20 people

The Times of India
One subscription that gives you access to news from hundreds of sites
Those who tried to spoil Punjab’s atmosphere will get ‘strictest’ punishment: CM Mann on Mohali attack

A rocket-propelled grenade hit the Intelligence Wing headquarters of Punjab Police in Mohali on May 9, 2022