Roy Hodson has apologised to Watford fans for failing to acknowledge them in the dark hour of relegation but insisted: “I didn't snub them deliberately.”

As their relegation to the Championship was confirmed by a 1-0 defeat at Selhurst Park at the weekend, Hornets supporters were infuriated when Hodgson headed straight for the tunnel, waving and blowing kisses to his old Crystal Palace flock.

Many took to social media demanding the former England coach's immediate sacking because there has been no love lost between Palace and Watford fans over the last decade – a friction Hodgson has acknowledged in his pre-match media duties.

But after a fierce backlash, the Hornets head coach issued a fulsome apology – and admitted he had been accused of making a similar mistake in his short-lived reign as Liverpool manager. In fairness to Hodgson, 74, he had been denied a proper send-off from Palace after four years in charge last May because of lockdown.

It was, however, strange that a manager of his experience did not register his sorrow with Watford's 2,000-plus travelling contingent as the reality of relegation dawned. Hodgson said: “If they saw that as a snub, I apologise – it definitely wasn't meant that way, and my record is not one of going out and courting favour with fans. I didn't realise that's what I was supposed to do – I thought my job was to coach the team to win football matches and it didn't occur to me, when I was walking off, that this subject might come up. Of course, I wish I had gone over to the Watford fans as well, but I didn't so I have to accept the criticism.

“It was an honest mistake, and it must in no way be put down to me trying to identify with Crystal Palace supporters when I was just responding to the incredible reception from them. When I left the club, 25,000 of them didn't have the chance to give me that send-off because of Covid restrictions, and I was very flattered by it.

HAVE YOUR SAY! Who should be the next Watford boss? Let us know in the comments section

“One of the major mistakes I made at Liverpool, apparently, was not to wave to the Kop immediately as soon as I ran off the field of play. Do I appreciate the Watford fans? Absolutely – and I apologise to anyone who thinks otherwise. Unfortunately, after the game I was still coming to terms with a penalty and a result which I thought was a bit unfair and I was immediately surrounded by one or two people from the Palace bench who wanted to speak to me. It did not occur to me at that time to do what I should have done and I didn't think that, when I was walking off and acknowledged the Palace fans making a fuss of me, it was somehow an insult to the Watford fans.

“I can understand if people saw it that way, but it was a mistake, I can only apologise for it, and I would like to think they recognise that Ray Lewington and I have given it our best shot here – even though it hasn't worked out. I had no intention of walking off to applaud the Palace fans – I did not expect to receive that type of tribute from them.”

Hodgson, who has presided over only two wins in 15 games since succeeding Claudio Ranieri in January, won't find life any easier after his squad was decimated by injuries. Everton will arrive at Vicarage Road to find Watford missing nine players – including the entire front line – which should give the Toffees a huge boost in their bid for a third consecutive win. QPR coach John Eustace remains hot favourite to take over from Hodgson at the end of the season. 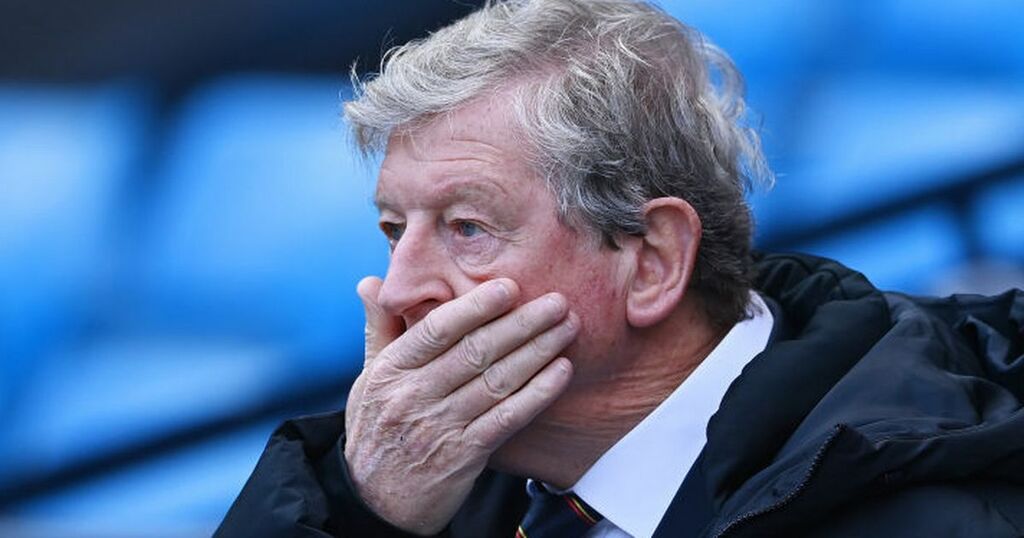 Watford's relegation to the Championship was sealed on Saturday with a 1-0 defeat at Selhurst Park against Hodgson's former club,…

A year on from his exit as manager, Hodgson returned to Selhurst Park on Saturday where a full house said…