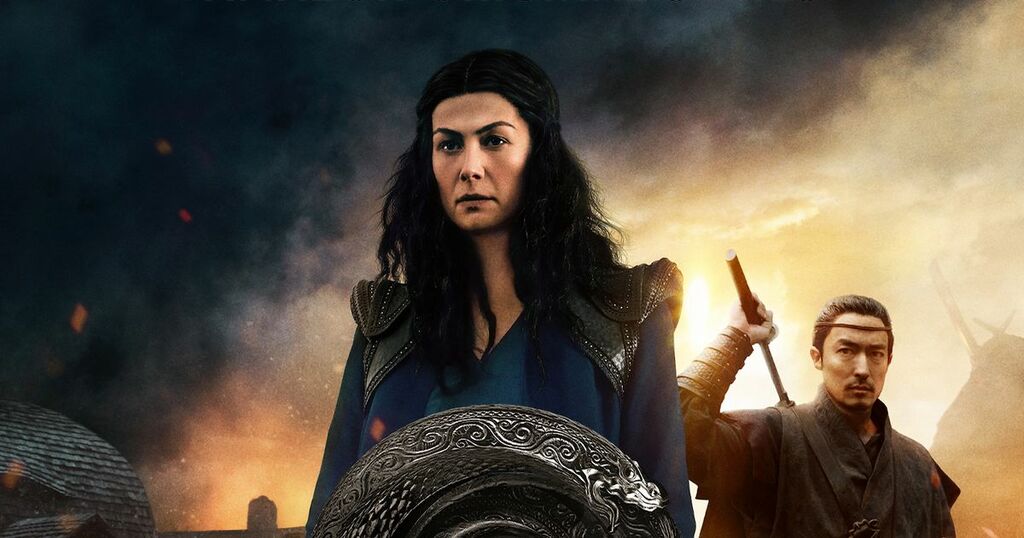 An actor has revealed how he accidentally slashed Rosamund Pike with a sword while filming a new TV epic.

Daniel Henney feared the worst when he “felt blade on bone” before Rosamund screamed and collapsed while shooting a fight scene in fantasy story The Wheel Of Time.

In the eight-episode series his character is supposed to protect her – not put her in hospital.

Rosamund, 42, who plays Moiraine Damodred, and Daniel, who is al’Lan Mandragoran, were filming in the Czech Republic when the accident happened.

Daniel, 41, said: “It was about 4am on the fourth night of shooting and I mistimed a step. “I sliced back with my sword. I used a real metal sword and I felt blade on bone and I heard her scream. I heard her collapse and thought, ‘This is really bad.’

“I looked back and saw her on the ground so I jumped over her. We thought her hand could be broken. She looked at me and said, ‘Come on, let’s go.’

“We got an ambulance and went to the nearest hospital in the countryside in the Czech Republic.”

Daniel, who starred in X-Men Origins: Wolverine and was a regular in the TV series Criminal Minds, said Rosamund was unfazed and “amazing”.

Speaking at the red carpet premiere in Waterloo, London, earlier this week, he added: “The whole time she was having X-rays she made light of it, saying she was OK.

"Fortunately, nothing was broken or fractured. They had to put her in a sling but she still went back and did the shoot.

“To see the steel inside her was pretty impressive. She has a similar brave work ethic, too.”

The new Amazon Prime Video series, which premiered on Friday, is said to have cost £7.4million to make each episode.

Its exciting fight scenes, nudity – more male than female – incredible special effects and dramatic scenery have already led to it being compared with the HBO smash-hit Game of Thrones.

Rosamund, who produced one episode, also handled a blade as Bond baddie Miranda Frost in 2002’s Die Another Day. She admitted feeling “very emotional’ about her lead role The Wheel of Time.

Speaking at the premiere, she said: “I think we are a very, very close cast and Covid made us that.”