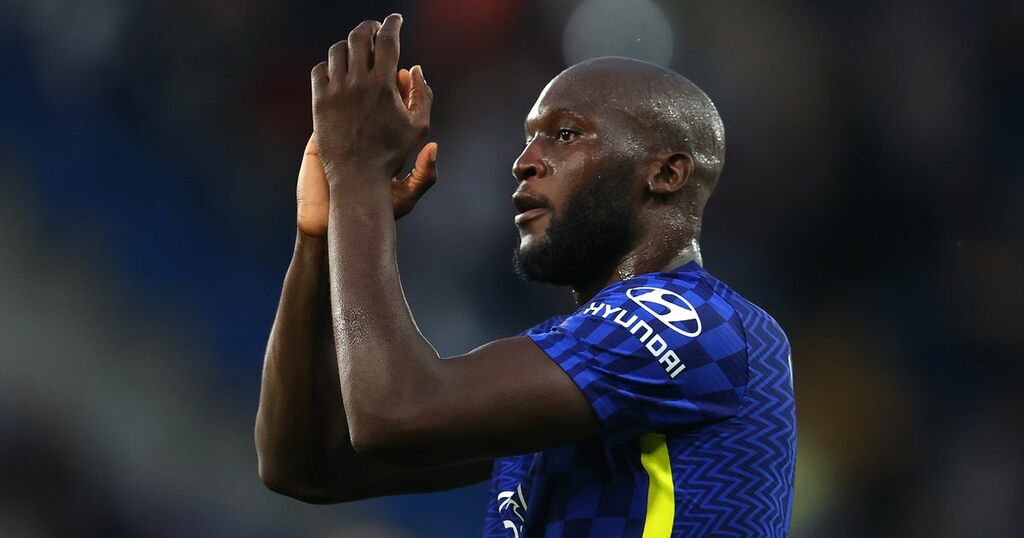 Romelu Lukaku continued his impressive start at Chelsea by scoring twice in their 3-0 win over Aston Villa on Saturday evening.

The Belgian striker only had two shots at Stamford Bridge, but that’s all it took for him to clinch the game for Thomas Tuchel’s side.

First he got on the end of Mateo Kovacic’s pass to cut inside Axel Tuanzebe and finish underneath Jed Steer to make it 1-0 after 15 minutes.

Then, after Kovacic had made it 2-0 by pouncing on Tyrone Mings’ underhit backpass, Lukaku added gloss to the scoreline in injury-time.

Collecting a pass from Cesar Azpilicueta, he worked the ball onto his left foot and smashed an unstoppable shot into the roof of the net.

The goals moved Lukaku onto three in his first three matches back at Chelsea following his £97.5million transfer from Inter Milan.

He was brought back to Stamford Bridge to provide that cutting edge for Tuchel’s side, which struggled in front of goal last season.

Jorginho finished as the Blues’ top scorer in the Premier League with seven penalties in 2020/21, as the side shared the goals out and marquee signing Timo Werner struggled for consistency.

Just how much he struggled was underlined by the fact that Lukaku’s goals - his first two at Stamford Bridge in 15 matches at the stadium - made him Chelsea’s top scorer at home in the Premier League under Tuchel.

Considering Tuchel took over from Frank Lampard in January, it shows just how much Chelsea have been missing a reliable goal-getter.

Tuchel was understandably delighted with the Belgian’s efforts against Aston Villa, with the win sending Chelsea second in the Premier League, level on 10 points with leaders Manchester United.

Can Romelu Lukaku fire Chelsea to the Premier League title this season? Have your say in the comments below.

"What a man,” he told Sky Sports post-match.

“[He’s] full of confidence and totally aware of what he wants to do and is absolutely confident to score so it helps us a lot.”

He added: “[It was a] super dangerous game, always for any team who have so many out on national duties, you never fully feel your team.

“It’s always difficult. I had a strange feeling before the match. I hoped the first goal could give us some confidence but it didn’t throughout the first half so we did what we had to do.

“We had other matches after national breaks. I’m happy because we escaped with a perfect result, a perfect evening for our striker and we have a lot to improve."

Next up, Chelsea kick off their Champions League campaign at home to Zenit St Petersburg on Tuesday night before a trip to play rivals Tottenham on Sunday, September 19.

The Blues are unbeaten in all competitions so far this season, having beaten Villarreal in the Super Cup and won three and drawn one of their Premier League matches.

All three of their league wins have been built on clean sheets, with Thiago Silva returning to the side to great effect against Villa.