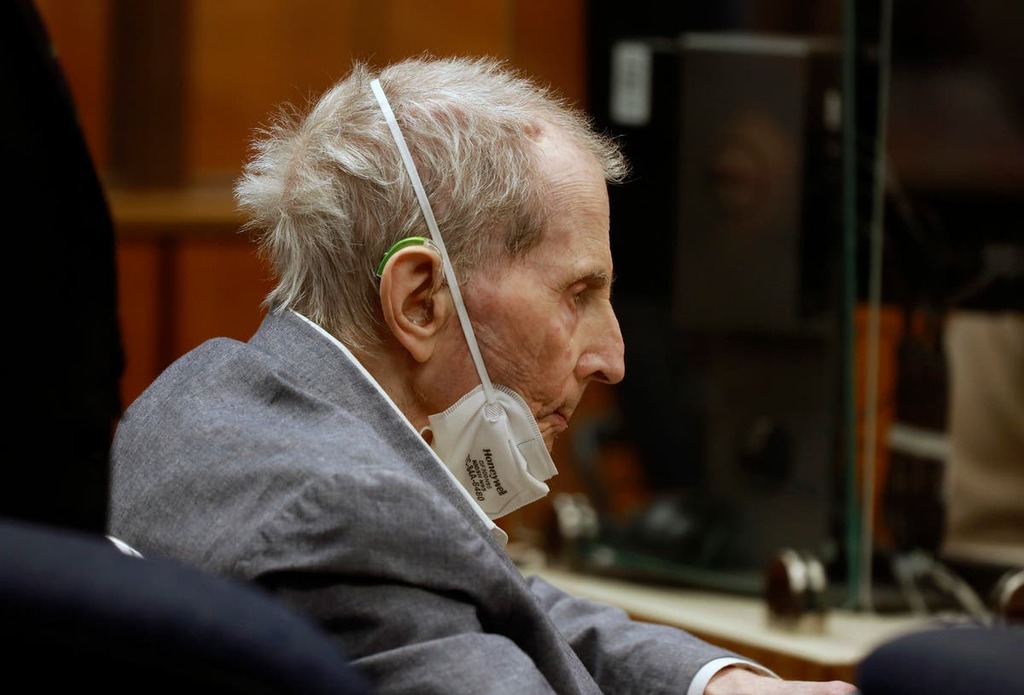 Jurors deciding his fate were shown a photograph of a bowl full of insects during closing statements in the case, with Los Angeles County prosecutors urging them to discard all of his testimony as lies.

Mr Durst, who has been behind bars since 2015, is accused of killing his friend Susan Berman at her Beverly Hills home, where she was shot in the back of the head in 2000.

Prosecutors have claimed that Mr Durst killed Berman because she knew too much about the 1982 disappearance of his wife Kathleen McCormack Durst.

Mr Durst, 78, testified in his own defence for 15 days, with prosecutors telling the jury that he had lied or changed his story multiple times.

The trial is being held six years after the actor appeared on the HBO documentary series “The Jinx,” where he appeared to confess to multiple killings.

During filming the show, Mr Durst was caught on microphone saying to himself, “What the hell did I do? Killed them all, of course.”

He has denied killing Berman but has admitted he discovered her body and failed to report it as he felt nobody would believe he had not killed her.

Deputy District Attorney Habib Balian reminded the jury that Mr Durst had testified he would lie under oath rather than admit murder.

Mr Balian told the jury they should disregard Mr Durst’s testimony and his denials that he killed his wife or Ms Berman and he likened the lies to a bowl of soup with one cockroach in it.

He then added that Mr Durst’s testimony was more like a bowl full of cockroaches, which the jury was also shown a picture of.

“This is what he served you. Literally, you were served a bowl of cockroaches,” he said.

Defence lawyers had objected to the photos but they were allowed by Superior Court Judge Mark Windham.

Mr Balian said that the defendant had told a “fantastical tale” to deflect from his guilt in the case.

“This was an Olympic year. If there was an event for running from the truth, he’d be on the top of the podium,” he said.

Mr Durst is only charged with killing Berman, but prosecutors allege he also murdered his wife and a Texas neighbour while hiding from law enforcement in 2001.

Mr Durst has admitted to killing his neighbour and dismembering the body but argued self-defence and was was acquitted.

He has never been prosecuted over his wife’s murder.