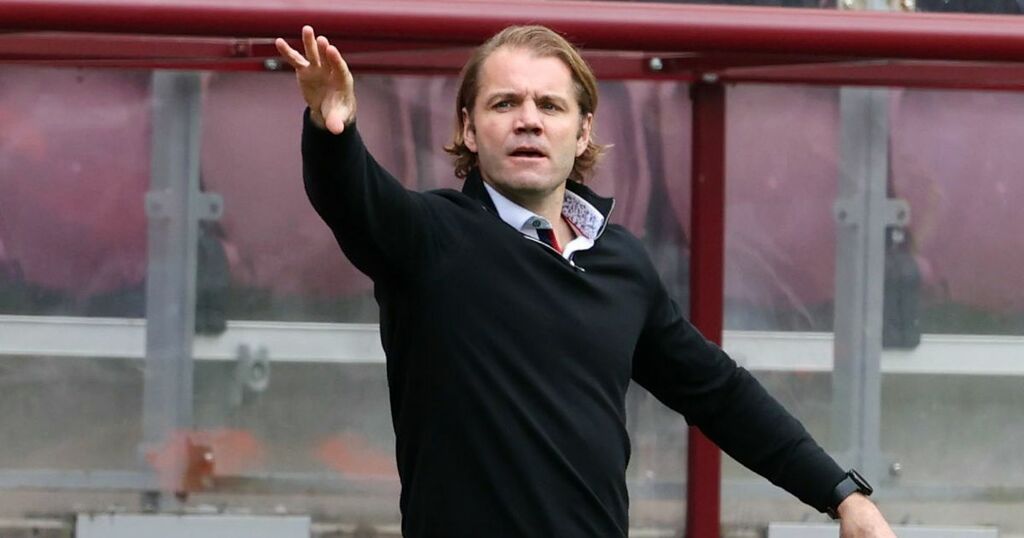 Such are the expectations at Hearts - the furore of being a newly-promoted side sitting third in the table after five games isn't there.

However, boss Robbie Neilson is challenging his team to maintain their early season form as the Jambos aim to challenge at the top end of the Premiership table.

A share of the spoils in this afternoon's first Edinburgh derby of the season means the Gorgie side remain unbeaten following promotion from the Championship.

The stalemate against rivals Hibs at Tynecastle means both Edinburgh side are just a single point behind champions Rangers at the top of the table.

That is something that pleases Neilson as he urged his squad to build on their solid foundations.

"That's where we want to be but we've only played five games, Celtic, Aberdeen and Hibs, three of the top four from last season," he said.

"We're undefeated and sitting joint-second, so we now go into Ross County next week and we need to carry that into there and, hopefully, we'll get three points.

"When you look at when we came up, you never really know where you are going to be.

"You can talk about: 'We're Hearts and we are going to do this and that'.

"But until you get into the top flight with the rest of the teams, the players have to believe.

"I felt, with the players we have put together, we would be at the top end, but they have to believe that as well.

"One of the things about today, there's disappointment in the dressing-room, which is a great sign.

"I've been at clubs before when they get a draw and they come in and it's like they've won the World Cup, whereas here it's disappointment. That shows me that the players believe they should be at the top end."

The 38-year-old Scotland keeper, much like opposite number Matt Macey, made an array of awesome saves to keep Hibs out.

Despite his advanced age, Neilson is backing Gordon to continue to have an excellent career for club and country for a few more years to come.

"I thought it was a really good game - I actually enjoyed it," the Gorgie gaffer added.

"Sometimes as a manager you don't, but there's a tinge of disappointment because we didn't manage to take a couple of really good chances, but again Craig made a few good saves, so, all in all, a really entertaining game.

"I think that's one of the reasons both teams are up there joint-second in the league. You know, Craig is an exceptional goalkeeper and and Macey put in a great performance.

"It's just run of the mill from Craig, to be honest with you. We see it every day in training. When someone has a shot, I expect him to save it.

"He looks after himself and he's a great character. He's not got a lot of miles on the clock because he had an injury earlier in his career and I think Craig's got another two, three, maybe four years in him."