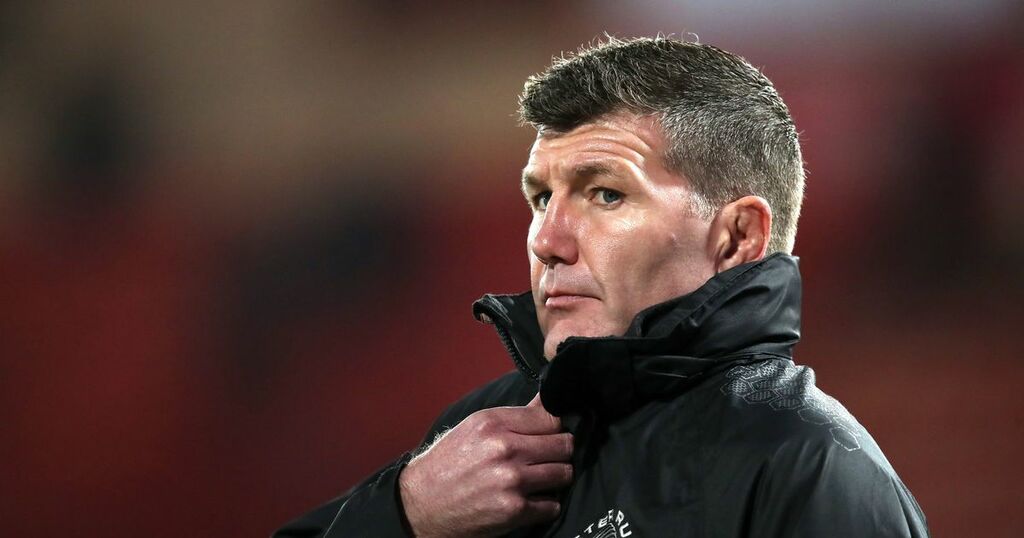 Players could be placed in an awkward position if plans for a World 12s rugby competition go ahead, forced to choose between their current clubs and a new, lucrative venture.

That’s according to Exeter Chiefs director of rugby Rob Baxter, who has raised concerns with the sport’s 12-a-side spin-off after it was officially announced on Tuesday.

The breakaway tournament will feature both men’s and women’s competitions, a player draft and 30-minute matches, with the inaugural contest planned to take place in August 2022.

Its initial reveal has been met with a mixed reaction, and World Rugby issued a tentative response as supporters and organisers alike contemplate how World 12s would fit around the existing calendar.

But Baxter told BBC Sport his main worry was how it might drive a wedge between players and their current clubs: "The biggest thing that bothers me when these proposals are thrown around, and I don't mind saying it, is player discontent.

”Straight away from a managerial point of view if this goes ahead what's the outcome going to be?

"It's basically just going to be players being put in the middle, they're going to be the jam in the sandwich again between clubs and unions because these people are going to offer, I'm assuming, quite a lot of money to try and attract them to play as they have to make it attractive for them to play, and the player's going to turn around and he's going to have to ask to be released from contractual obligations.

"How does it fit in to any player's contract because most of them will be under contract for 12 months of the year.”

World 12s would have to be offering substantial sums if this new code is to be successful in recruiting rugby’s elite to add more commitments to their diaries.

It’s been suggested the competition could take place each year in August and September, but this is when most European teams are either in pre-season or already in action.

The English Premiership is set to relaunch on September 17, one week before the United Rugby Championship gets underway, while the Top 14 in France is already up and running.

On the other side of the equator, New Zealand, Australia, South Africa and Argentina tend to play the Rugby Championship between August and October.

It begs the question as to how many of the world’s best players would want to participate in a brand-new competition, and how that will affect their positions with their current employers.

World 12s—chaired by ex-Rugby Football Union chief executive Ian Ritchie—has been touted as rugby’s answer to The Hundred, a shorter-form version of cricket designed to attract a different audience to the sport.

And while Baxter can see the appeal in offering an additional alternative to the longer format of Test cricket, he doesn’t believe rugby is yearning for its own equivalent.

"I can see how it works at certain times with cricket and I can understand the attraction,” the Exeter boss added.

"Even in Twenty20 you've got to put quite a lot of time into that and if you go to a Test match or 50 overs you have to invest whole days at least.

"So I see why the short form works for cricket because you change the whole watching environment.

"But that doesn't need to change in rugby, so I don't know what the change in audience is going to be.

Rugby already has one shorter format in sevens, which has been part of the Olympic programme at each of the past two Summer Games, with Fiji winning gold in both Rio and Tokyo.

It’s worth noting the landscape of the shorter code could be set to change, however, after the RFU and other unions withdrew their funding for the national sevens teams.

World 12s has recruited a number of recognisable faces to promote the competition as ambassadors, including World Cup -winning coaches Steve Hansen and Jake White.

There are numerous hurdles for the competition to overcome before it can go ahead, with the women’s competition not slated to start until 2023 to avoid clashing with next year’s World Cup.

Baxter—a two-time Premiership champion and 2020 Champions Cup -winner—doesn’t appear likely to join its support anytime soon, however, leading the resistance out of concern for his players.