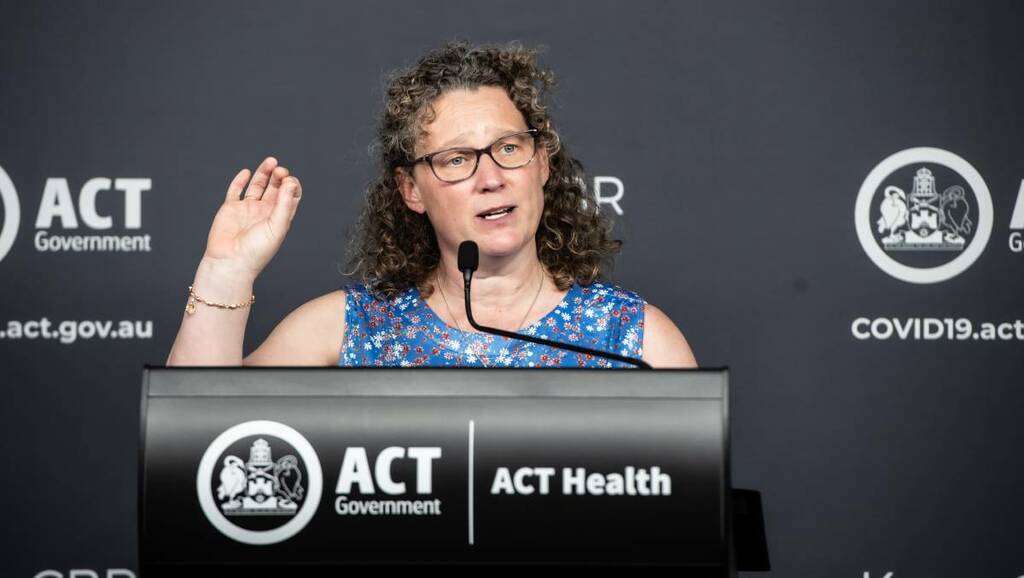 The number of mystery cases in the ACT's outbreak has grown rapidly in recent weeks, which has been a main contributing factor to the territory's lockdown extension.

There have been 53 cases in the territory's outbreak where the source of the infection is unknown. Chief health officer Dr Kerryn Coleman said 28 of these cases had been identified in the past two weeks.

"That number is not decreasing, which is what we would like to see," Dr Coleman said.

"These unknown cases suggest potential unidentified chains of transmission in the community and therefore pose an increased risk especially for those in our community who are yet to be vaccinated."

Dr Coleman said only three had resulted in onward transmission and the remaining had been people in quarantine from NSW and Victoria who had received exemptions to enter the ACT.

Almost two-thirds of all cases in Canberra's outbreak have been in the community for at least part of their infectious period.

There have been 528 cases since the start of the territory's lockdown on August 12. Of those 314 have been infectious in the community and 206 have been in quarantine for their entire infectious period. The infectious status of eight remains under investigation.

Dr Coleman said these factors all contributed to the ACT's lockdown extension in order to control the spread of the virus in the community.

"Extending these restrictions - that effectively limits your ability to move freely around the ACT - is clearly not the decision that we wanted to make," Dr Coleman said.

"But it was the one that we needed to make to control the spread of COVID-19 in our community at this point in time this week."