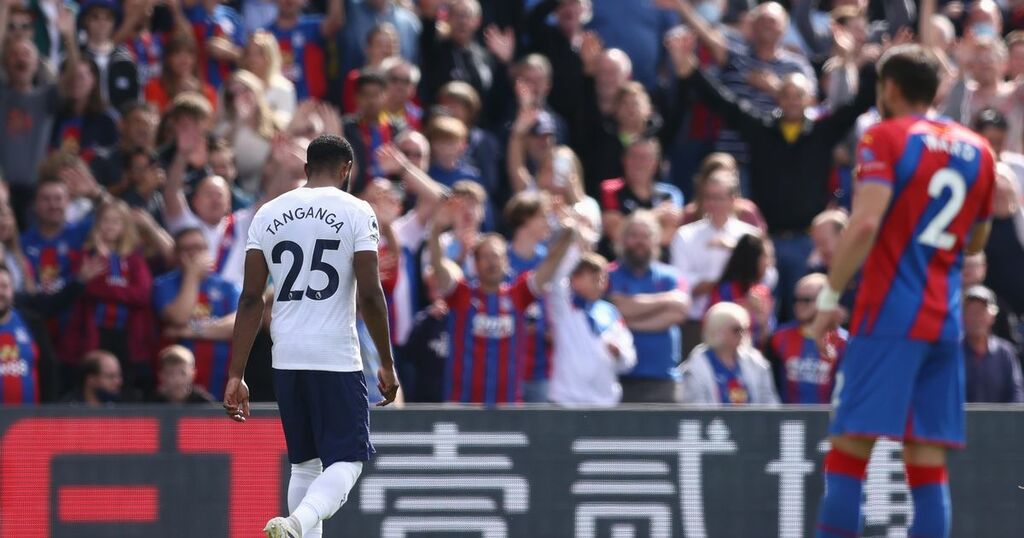 Rio Ferdinand thinks Tottenham's more experienced players could have prevented Japhet Tanganga from being shown a red card in their 3-0 defeat to Crystal Palace.

Spurs were comfortably beaten against their London rivals at Selhurst Park, thanks to a goal from Wilfried Zaha and a brace from new signing Odsonne Edouard.

The visitors were dealt a man disadvantage when the match was still goalless after Tanganga was shown a second yellow card in quick succession.

The 22-year-old defender was involved in a tussle with Zaha after a cynical foul on the Palace star, and both players were booked for their part in the incident.

Just minutes later, Tanganga was shown a second yellow card for a late challenge on Jordan Ayew, but this could have been prevented, according to Ferdinand.

Speaking after the match on BT Sport, the former Manchester United defender said: "I didn't see any of the players getting a hold of Tanganga after.

"But when you step out of this and the game starts again, it's about the experienced players getting a hold of him a young defender, listen calm yourself down.

"These things happen, he’ll get over it but it cost them today."

Crouch said: "Definitely made life harder, it didn’t really need to get involved.

"It was obvious he was miles away from Zaha, this [first yellow card] was needless. The atmosphere lifted, the blood was pumping, you have a bad touch, you see so many times, you dive in and make a rash decision.

"He was having a good game as well, he was doing okay, it was just a rush of blood."