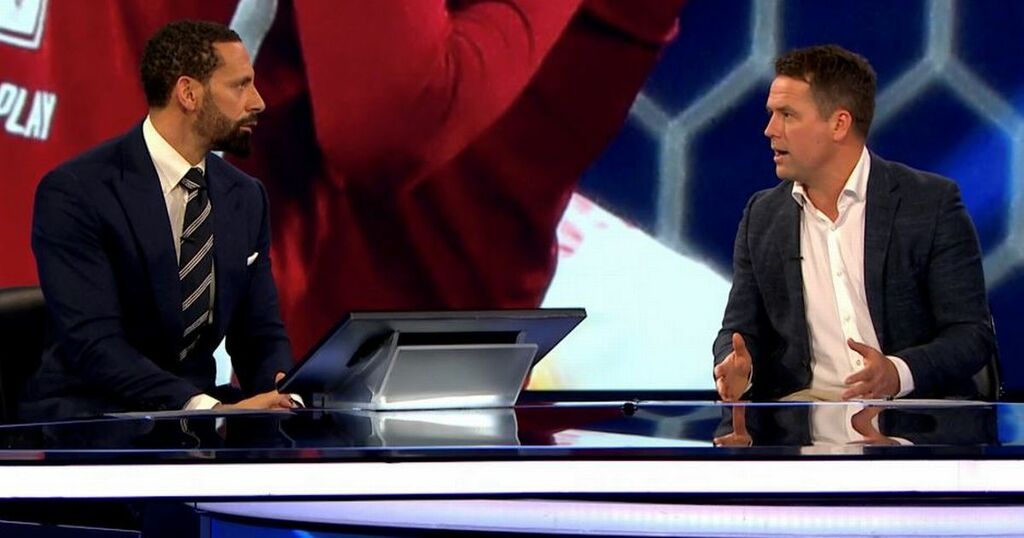 The Reds had a quiet summer compared to their rivals with just one addition in Ibrahima Konate from RB Leipzig.

While Chelsea, Manchester United and Manchester City were spending big on the likes of Jack Grealish, Jadon Sancho, Cristiano Ronaldo and Romelu Lukaku - Liverpool turned their focus to contract extensions for a number of key players.

Despite the new deals being important bits of business for the Reds, Ferdinand and Owen believe there are areas of the squad that need improving.

“If you were going to level any criticism at Liverpool over the last transfer windows, you’d say they could’ve spent a bit more in terms of numbers and quality and add a bit more quality in the forward areas.

“They added [Diogo] Jota [last summer] who unfortunately got injured and he did really well. You’d like that bit of ability to flex your muscles.

“You look around Europe and look at the ability and then the players around that to come in, Liverpool outside the front three are way behind those teams.”

Former Liverpool star Owen believes Jurgen Klopp and FSG will solve those problems as they faces key players ageing at the same time.

"I think Liverpool are going to address it,” the former striker also told BT Sport.

“What I think the big concern is [that] everyone is going to be old at the same time, in three or four years. Look at the front three: Firmino, Salah and Mane - all late 20s.

“Another three or four years you’re not going to replace one, it all of a sudden goes bump and you’ve got to replace two of them.

“I think that’s the general around the team - the Matips, the Van Dijks - they’re all late 20s now.

“You’ve got your Henderson and Milners, but that’s fine, that’s experienced but when there’s a glut - that will happen - in four, five years that’s something that Jurgen Klopp has to address next year.”