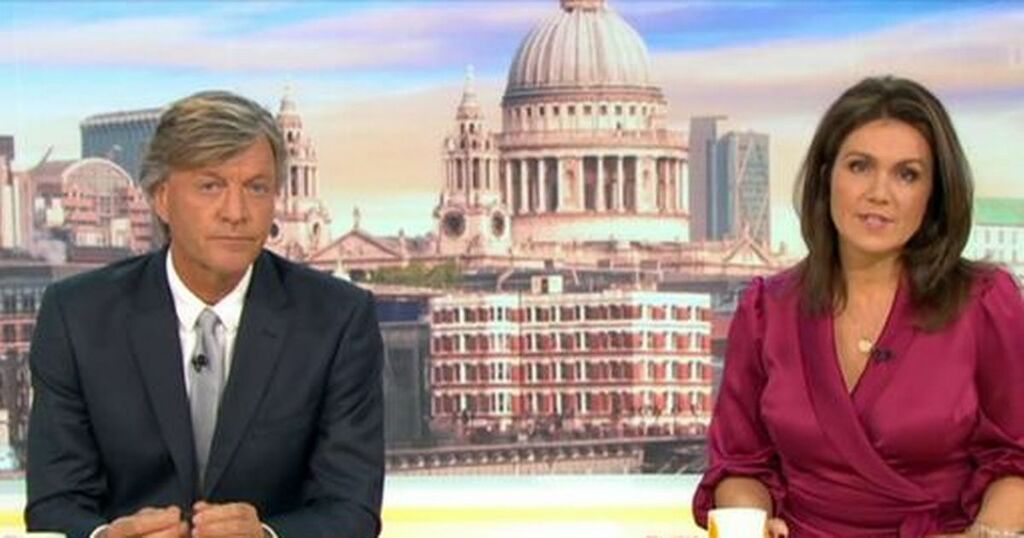 Richard Madeley has been backed by I’m A Celeb co-star Danny Miller after his interview with New York apartment block fire survivor caused a backlash.

In New York, 19 people were killed in a high rise building fire in the Bronx area of the city on Sunday.

During Monday’s episode of the ITV breakfast show Good Morning Britain, Susanna Reid and Richard where joined by one of the survivors, Winter Thomas.

For all the latest celebrity news, read more here

While on the show, she was quizzed by Richard and co-host Susanna, which didn’t go down well with viewers.

Later on, Richard found himself in hot water with many viewers for some of his ‘inappropriate’ questions and comments.

After hearing that some people jumped from the ninth floor, Richard then asked: "Well presumably then, they wouldn't stand a chance, would they?"

He left fans more enraged when he asked Winter how she'd "manage" after witnessing the devastation and what the "worst part" was.

As expected, viewers ran straight to Twitter to rant about Richard’s approach to the sensitive issue.

However, I'm A Celebrity champion and fellow co-star Danny Miller has issued his support to Richard.

The star re-tweeted Susanna Reid’s post which she captioned “he’s back” with a selfie of herself and Richard with huge smiles on their faces.

Danny went on to say: “Our @richardm56 is back on @GMB today and I couldn’t be happier for him!

“A beautiful man with some belting stories and the most caring nature. Miss you Dickie lad! See you soon for that beer.”

Richard had to quit I’m A Celebrity at the end of last year after a medical incident in the castle.

After his hospital visit he was forced to withdraw as his visit meant he’s broken the show’s strict Covid bubble.

However the star is back presenting Good Morning Britain alongside co-host Susanna Reid.

To get the latest email updates from Yorkshire Live click here