Rhys Ifans and Tom Hollander on bringing their quirks to historical characters in Matthew Vaughn's 'The King's Man' - Exclusive! 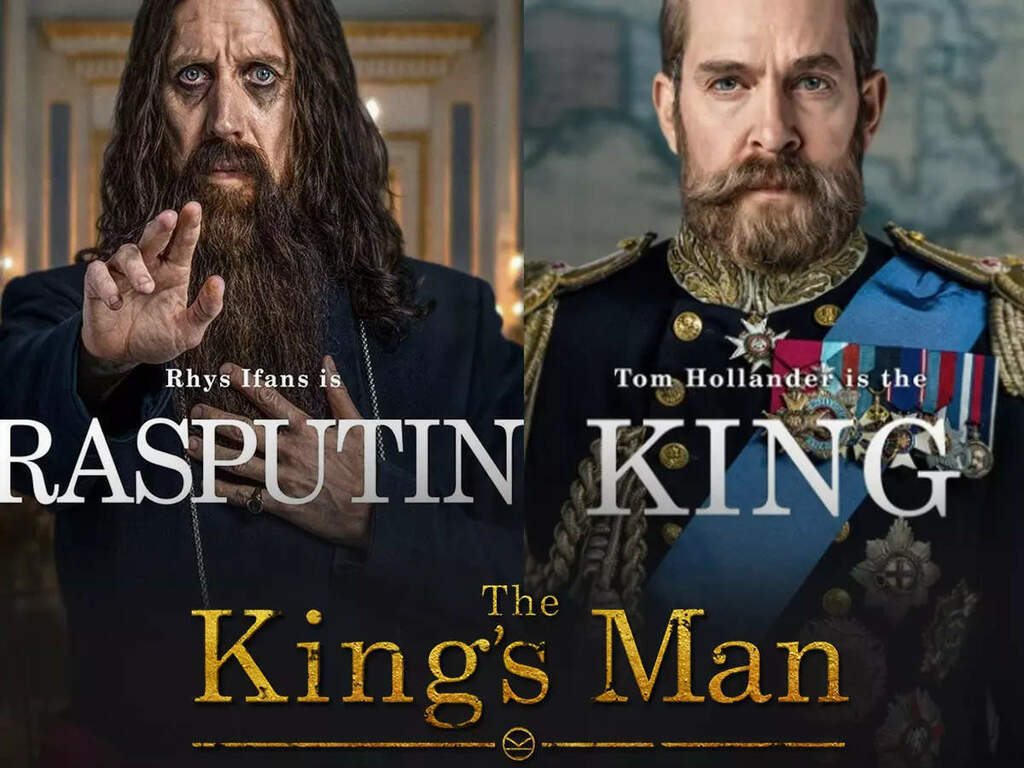 Hollywood stars Rhys Ifans and Tom Hollander team up for the first time ever in filmmaker Matthew Vaughn's much-awaited 'The King's Man'. The spy drama, which saw multiple delays owing to the pandemic, will open in Indian cinema halls on Friday, January 14, 2022.

Ahead of the release, Rhys who plays the villainous role of Grigori Rasputin and Tom who plays the triple role of King George V, Tsar Nicholas II and Wilhelm II, sat down for a candid chat with ETimes. They didn't just spill the beans about coming on board the 'Kingsman' franchise, but also let us in on the personal quirks they added to their characters and their shared admiration for each other.

What made you come on board this film? Were you fans of the 'Kingsman' or was it director Matthew Vaughn's script?

Rhys: I was a fan of both the 'Kingsman' franchise and of Matthew Vaughn, not just for 'Kingsman', but his prior films like 'Kickass'. I was a huge fan of his as a director and when the script arrived, it was so out there. It was kind of a no-brainer to get on board. That and the cast I would be working with was a whole package. It was a wonderful thing.

You both have standout roles, Rhys, as Rasputin and Tom as the King of England, the Tsar and the Kaiser. What were some personal touches you brought to these historical characters?

Tom: It's a good question because you feel that it is a historical character, then what business have you got putting any of yourself into it? Luckily, it is the 'Kingsman' franchise, so we are allowed to put fun bits in.

I won't speak for Rhys because he gives the most incredible, fully rounded, brilliant performance, but my three characters were all little sketches or cameos. You can't help but put yourself into it because you are playing the character and it is your face and your eyes and your funny way of walking.

Rhys: Well, I certainly wasn't able to put my dancing skills into Rasputin. That was something I had to learn from scratch. As Tom said, this is not a thorough depiction of people from history. We are allowed in cases like this, to embellish and shape the character in a way that is useful and amusing to us actors. I found Rasputin very liberating to play. Visually, with a big wig and beard, it acts as a bit of a mask and frees you up. To indulge my own innate sense of mischief and subversion, that's as far as it goes. The real Rasputin and I have very few similarities.

Would you say your role as Rasputin was more fun to play than the Lizard in 'Spider-Man: No Way Home'?

Rhys: Rasputin was more fun (to play). The Lizard is largely a CGI creation and a wonderful one. But, it was kind of out of my hands. Whereas, Rasputin, was very much mine to toy with.

Speaking of 'Spider-Man', we lost Irrfan Khan last year, any memories of him from the sets that you would like to share?

Rhys: What a gentleman and what an incredible actor and great ambassador. I was a big fan of his work before I had the opportunity to work with him in (The Amazing Spider-Man). But yeah, it was a huge loss for you guys and the film industry in general.

What was the best part about you two sharing screen space and working together?

Tom: Rhys, I would say. We've known each other for a long time, but we haven't acted together. It was amazing to watch him play that character. It was fun!

Rhys: Similar for me. We've been friends for many years, but as an actor, I am a huge Tom Hollander fan. To watch him bring these three relatives to life in such a wonderful way was just great. And it was just a kind of way of breaking our professional working together hymen on this job.