Rhodes: the Oath Keeper who plotted US Capitol attack 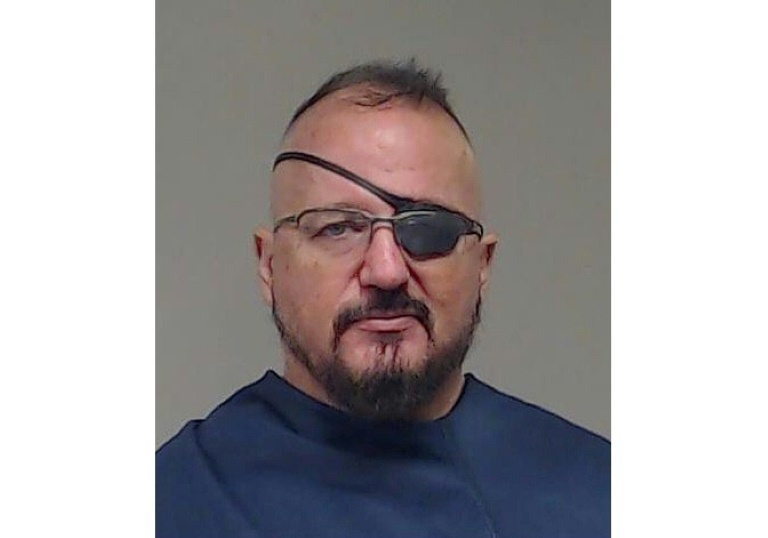 Washington (AFP) - Stewart Rhodes, the eye-patch-wearing law graduate who was indicted for seditious conspiracy over the US Capitol assault, spent years preparing to do battle with a government he views as increasingly repressive.

Rhodes, 56, was singled out as the leader of the militant Oath Keeper group which spearheaded the attack on the Capitol by supporters of then-president Donald Trump, stockpiling weapons nearby for an armed insurrection.

In an indictment, the Justice Department detailed encrypted chats in which Rhodes urged Oath Keeper members to prepare for a revolution after Trump was defeated by Democrat Joe Biden in the November 2020 election.

"We aren't getting through this without civil war," he told them.

If Biden became president, he said, "It will be a bloody and desperate fight...That can't be avoided."

It was a path that Rhodes, who was charged with sedition along with 10 other Oath Keepers, had predicted since founding the group in 2009 on the premise that the federal government was increasingly encroaching on citizens' rights.

From Yale Law to conspiracies

Born in 1966, Elmer Stewart Rhodes has revealed little about his upbringing but that he grew up in the southwest US.

He joined the army after finishing high school but was discharged early due to an injury in a parachuting exercise.

His estranged wife Tasha Adams Rhodes, with whom he had six children, says they met as he was working as a parking valet and she was teaching dance in Las Vegas.

He was also working as a firearms instructor -- and he lost one eye when he dropped a gun and it fired, hitting him.

In 1998 he graduated from a local university and was accepted at Yale University Law School, one of the country's most elite institutions.

After Yale he set up a law practice in Montana, where he developed the idea for the Oath Keepers, one of a number of right-wing "patriot" groups that have sprung up over the past two decades.

The premise was basic: that followers must be ready to fight a government that becomes too repressive, including one that places restrictions on gun ownership.

An Anti-Defamation League profile of the group said a list of principles that Rhodes crafted predicting Washington would become deeply authoritarian "reveals their extreme conspiratorial mindset."

Blogging online about politics and the alleged threat of the American left, Rhodes struck a nerve among many white men with military and police backgrounds, recruiting thousands to the group.

"He showed a talent for giving fringe ideas more mainstream appeal," wrote Mike Griglio in an Atlantic profile of Rhodes.

His wife has called him a narcissistic sociopath who mythologizes his own future.

"He sees himself as a much-revered grand figure in history.His followers call him the next George Washington." she said.

As the group grew, Rhodes attended Republican meetings and mobilized armed, combat-suited Oath Keepers to "keep the peace" at rallies and during social disturbances, like the riots in Ferguson, Missouri in 2014 after police shot a Black man.

Though generally anti-government, Rhodes and Oath Keepers were fervent supporters of Trump when he ran for president.

He appeared frequently on the InfoWars show of Alex Jones, a prominent promoter of extreme-right politics.

While not embraced by the Republican Party, the appearance of Rhodes and fellow Oath Keepers in the VIP section at a Trump rally in February 2019 underscored their growing push into the mainstream.

Rhodes urged Trump to declare a national emergency and martial law, and began planning for the January 6 insurrection on the Capitol.

They prepared with "reconnaissance" of Washington and training in "unconventional warfare."

If Biden becomes president, Rhodes told them two weeks before the riot that "we will have to do a massive bloody revolution."

The indictment documented Rhodes spending tens of thousands of dollars on arms, ammunition and other equipment ahead of the attack.

They stored the weapons with "quick reaction forces" based in hotels just outside of the city, to be mobilized when ordered.

Rhodes was hardly secret about this.

"We have men already stationed outside DC as a nuclear option.In case they attempt to remove the president illegally, We will stop it," he said on Jones' InfoWars broadcast.

"We will be inside DC; we will also be on the outside of DC, armed, prepared to go in if the president calls us."