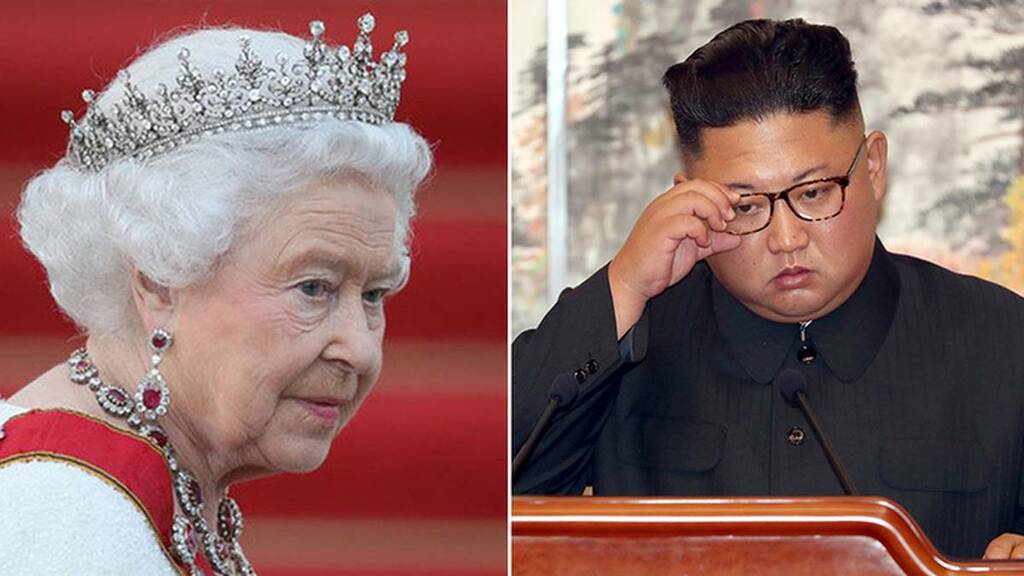 Queen Elizabeth II sent a message to the people of North Korea and their leader Kim Jong Un, according to a Buckingham Palace spokesperson.

The spokesperson revealed to CNN that the Queen had sent her congratulations to the hermit nation on their national day.

The message was sent on behalf of the Queen by the UK's Commonwealth and Development Office "as has been done before", the spokesperson said.

According to the Palace, it is standard practice for her Majesty to send messages to other nations on their national days.

"As in previous years, HM The Queen has sent a message to the people of the DPRK on the occasion of their National Day," a UK FCDO spokesperson added.

North Korea celebrated its national day - to mark the 73rd anniversary of its founding - on September 9. It marked the day with a midnight military parade in Pyongyang.

According to North Korean state media KCNA, the message read: "As the people of the Democratic People's Republic of Korea celebrate their National Day, I send my good wishes for the future."

North Korean state media KCNA published the message on Monday, reporting that "Kim Jong Un, president of the State Affairs of the Democratic People's Republic of Korea (DPRK), received a message of greeting from Elizabeth II, queen of the United Kingdom of Great Britain and Northern Ireland, on September 7."

The message from the Queen came just days before North Korea successfully test-fired new long-range cruise missiles over the weekend, according to the country's state-run Korean Central News Agency (KCNA).

The tests were carried out over the course of two days, on Saturday and on Sunday, and destroyed targets more than 1500k away from the launch site.

According to KCNA, the new missiles travelled for 7580 seconds along an oval and pattern-8 flight orbits in the air above the territorial land and waters of North Korea.

It is understood the weapons had been in development for two years.

Unlike ballistic missiles, cruise missiles are propelled by jet engines, like an airplane, and stay closer to the ground, making them harder to detect.

Pyongyang hailed the tests as success, claiming that the launch has confirmed all the technical features of the new weapon, including the power of its propulsion system, the missile's controllability and its accuracy.

The missiles offer "another effective deterrence means for more reliably guaranteeing the security of our state and strongly containing the military manoeuvres of the hostile forces against the DPRK", the agency said.