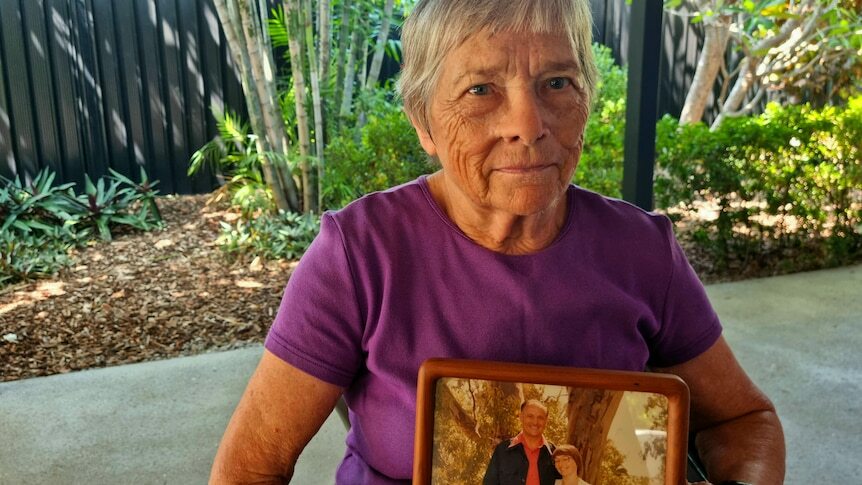 Australia's territory governments have been dealt a blow after the federal government denied their bid to be able to make their own laws on voluntary assisted dying.

In 1997, a ban on the legislation was brought in after the Northern Territory introduced the Rights of the Terminally Ill Act two years earlier.

The ban applied to both the NT and the ACT, preventing the territories from legislating on assisted dying.

In March of this year, both jurisdictions wrote to senior Commonwealth ministers asking for it to be repealed, and today the request was denied by Attorney-General Michaelia Cash.

Although unsurprising, the decision came as a disappointment to advocates for the laws in both territories, who say they should have the same rights as the states.

New South Wales is the only Australian state not to have brought in such legislation, but that government is set to consider a bill shortly, with NSW Premier Dominic Perrottet confirming that a conscience vote would go ahead.

For Darwin resident Judy Dent, the response from Ms Cash has stirred up a decades-long sense of outrage and loss.

Ms Dent's husband Bob, who had a terminal cancer diagnosis, was the first to make use of the NT's voluntary euthanasia law before it was repealed.

Mr Dent died on September 22, 1996, but the law's reversal has been a source of pain for his widow ever since.

"Surely it is unconstitutional to treat people differently because of where they choose to live," Ms Dent said.

"That's what they're doing — they're making the people of the territories second-class citizens.

She said Territorians were being treated like "very naughty children" for trying to take a stand on the issue of euthanasia.

"People in the Northern Territory and the ACT are forbidden from having voluntary euthanasia," she said.

Ms Dent said the feeling of disappointment was one she had grown used to since the 1990s, when her husband first began campaigning for the bill.

But that feeling had become more difficult in recent years.

The debate over territory rights in Australia has been underway for some time.

For almost a quarter of a century, the federal parliament has banned the territories from making laws on several "moral" issues — the result of legislation introduced by federal Liberal MP Kevin Andrews.

The fight for assisted dying laws is just the latest iteration in that stoush.

In her letter to the two governments, Ms Cash said the federal government had no plans to repeal the ban.

"The government believes that people should have access to quality palliative care and relief from pain and suffering and that, where possible, people should be able to choose the extent of active medical treatment they receive," she wrote.

The Northern Territory's Country Liberal Party senator Sam McMahon, who introduced a private member's bill to restore the legislation this year, said the response was "not surprising".

“This has been the consistent approach of federal government of both persuasions over the past 24 years,” she said.

"The government doesn't have any plans to introduce legislation. Of course they don't need to, because I’ve done that."

Senator McMahon said the federal Attorney-General was “well aware” of her private member's bill that aimed to repeal the Commonwealth's ban on euthanasia in the NT.

"[We are] beyond disappointed," Ms Cheyne said.

A motion was moved in the ACT Legislative Assembly today condemning the Commonwealth's response.

"It ignores the very real concerns of the ACT and NT citizens and that of our government," she said.