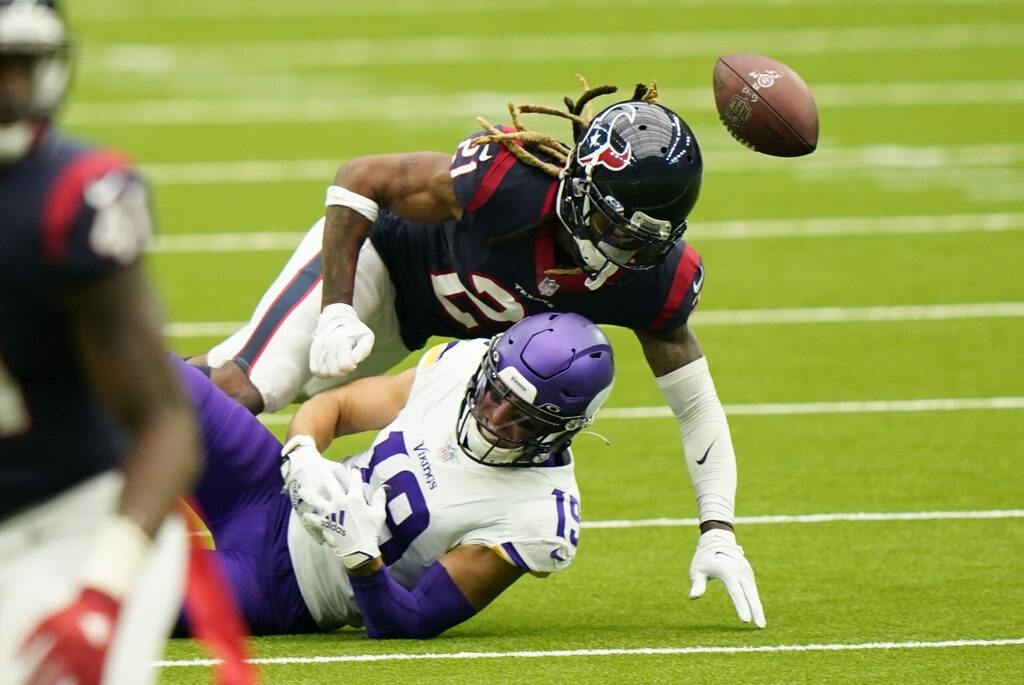 We knew there would be some hurdles in fitting Bradley Roby’s $8.9 million salary onto the New Orleans Saints’ books, and now we’ve seen how they managed it. NFL Network’s Field Yates reported Thursday morning that the Houston Texans agreed to restructure $7.6 million of Roby’s salary into a signing bonus — meaning his 2021 salary cap hit in New Orleans clocks in at just $1,862,645 (accounting for the Week 1 game check he’s lost to suspension).

This was confirmed by Texans beat reporter Aaron Wilson, who clarified that Houston didn’t do this out of goodwill; the Saints are expected to pay back multiple draft picks. The exact rounds and years those picks will be in (or even how many are going to the Texans) remains to be seen, but the Saints can handle it. They were projected to own nine picks in the 2022 draft with three compensatory selections on the way.

Additionally, Roby is under contract for 2022 on a $9.5 million salary with a $500,000 roster bonus, but none of it is guaranteed. That effectively makes it a team option. If he’s a bust, they can cut him without financial penalty. If he plays as well as expected across from Marshon Lattimore, the Saints could extend his deal or employ “ghost years,” their signature move of future years that automatically void.

To illustrate that point, the Saints could restructure all but $1.12 million (the 2022 veteran minimum) of Roby’s base salary into an $8.38 million signing bonus, which would be spread out over four new ghost years (the NFL limit). That lowers his 2022 cap hit to $2.796 million, saving the Saints $7.204 million against the cap next year. If he ends up leaving in free agency in 2023, the Saints would have a dead money charge equal to those savings, but that falls in line with the salary cap going to the moon in 2023 once new broadcasting rights money flushes into the league. They can take the hit.

So it’s like the extra picks the Saints are sending to acquire Roby while getting some back. In the same way they could shuffle some money around knowing a big payday is around the corner. It’s like kicking the can down the road while the road is actively paying for the can.

But, hey. This is all two years away. For now let’s celebrate the Saints finding a way to address the most glaring problem on their roster for a high-stakes season. Stay tuned for details on which picks are being sent out and what the Saints still have to work with once they’re gone.