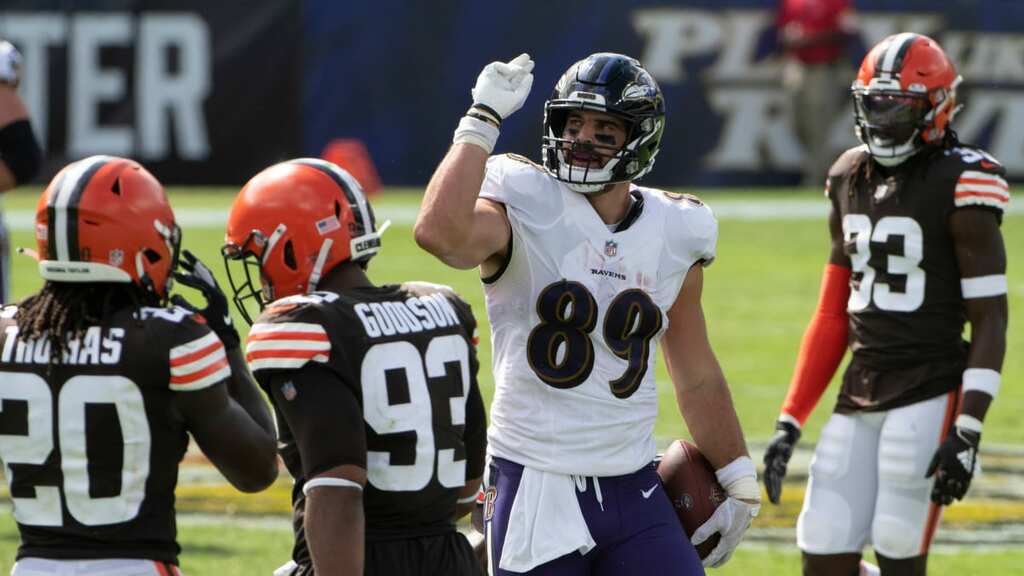 The Ravens agreed to a four-year, $56 million contract extension with tight end Mark Andrews on Monday, according to NFL Network's Ian Rapoport.

Andrews was selected by the Ravens in the third round of the 2018 NFL draft. He emerged as Lamar Jackson's top target in 2019, tallying 64 receptions and 10 touchdowns as Baltimore's quarterback won MVP. Andrews has scored 20 touchdowns since entering the NFL, and he's averaged 8.9 yards per target over the course of his career.

The Ravens enter 2021 seeking their fourth straight playoff appearance. They have reached the postseason nine times in 13 seasons under John Harbaugh since 2008, including a Super Bowl in February 2013.