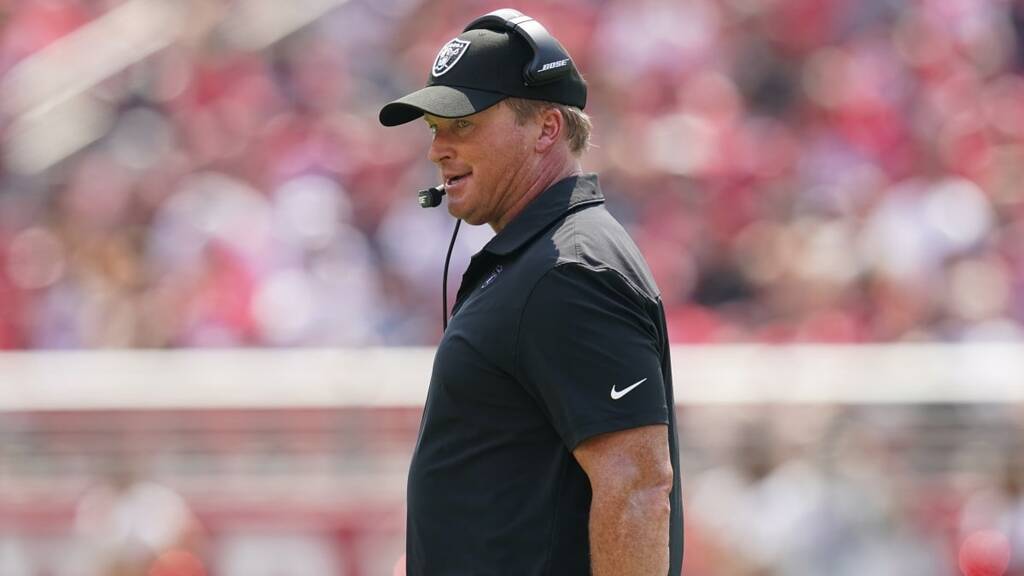 Raiders coach Jon Gruden resigned Monday after the release of numerous offensive emails he sent from 2010 to 2018.

Gruden reportedly referred to NFL commissioner Roger Goodell as a "clueless anti football p---y" as well as a "f----t" in the emails released by the New York Times. He also claimed the NFL pressured the then-St. Louis Rams to draft Michael Sam, a gay player selected in 2014. Gruden also "criticized Goodell and the league for trying to reduce concussions and said that Eric Reid, a player who had demonstrated during the playing of the national anthem, should be fired," per the Times.

"I have resigned as Head Coach of the Las Vegas Raiders. I love the Raiders and do not want to be a distraction," Gruden said in a statement, per ESPN's Adam Schefter. "Thank you to all the players, coaches, staff, and fans of Raider Nation. I’m sorry, I never meant to hurt anyone.”

Gruden has not addressed the Times's report as of Monday evening. He told the WSJ he was "really sorry," before adding "I don’t have a racial bone in my body."

Gruden is 22–31 as Raiders head coach since 2018. Las Vegas enters Sunday's matchup with the Broncos at 3–2 following back-to-back losses to the Chargers and Bears. The Raiders will elevate Rich Bisaccia as the team's interim head coach, according to Schefter.