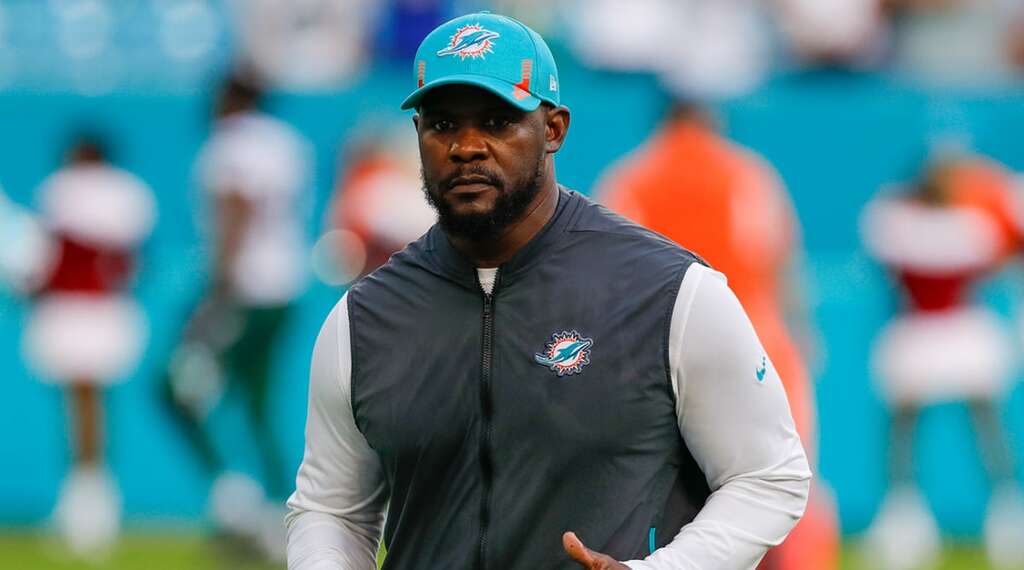 After his surprise dismissal on Monday, former Dolphins coach Brian Flores is set to interview for the Bears coaching position, according to NFL Network's Tom Pelissero. Flores was fired after finishing the season 9–8 in Miami, bouncing back from a 1–7 start.

Chicago parted ways with coach Matt Nagy on Monday as well, after four seasons with the team. Nagy compiled a 34–31 record with the Bears but the team finished 6–11 in 2021. The team also parted ways with general manager Ryan Pace the same day.

The Bears job could be an attractive one for Flores, whose firing left Miami fans with a horrible taste in their mouth, but his work would be cut out for him. The team was near the bottom of the NFL offensively and only averaged 307 yards per game. Defensively, the team has something to work with. The Bears were sixth in the NFL in terms of yards per game allowed (316).

For more Bears news, head over to Bears Digest.