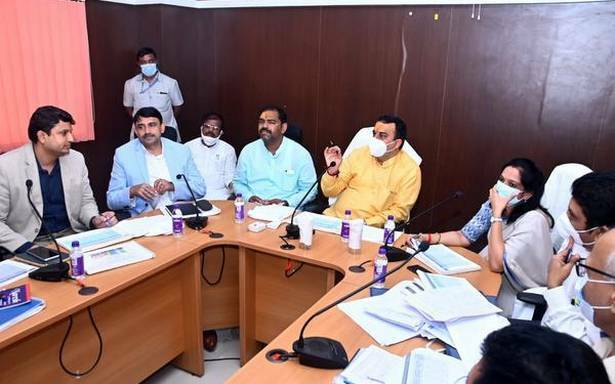 Taking note of the increasing number of complaints over inordinate delays in replacing defunct transformers in rural areas, Minister for Energy, Kannada and Culture V. Sunil Kumar has directed Gulbarga Electricity Company (GESCOM) officials to fix the problem within 24 hours of receiving complaints.

“The unjustifiable delays in the replacement of defunct transformers are not tolerated. You should do it within 24 hours of receiving complaints. There are also complaints from farmers that officers in the State-owned power distribution companies demand money for replacement of defunct transformers. Stringent action will be taken against such officers found indulging in such corrupt practices. It does not matter even if such corrupt officers try to protect themselves by mounting pressure through influential people,” the Minister said at a meeting to review his department’s works at the GESCOM office here on Wednesday.

The Minister also expressed unhappiness over issues relating to power supply to farmers irrigation pumpsets and improper response from GESCOM officials to power consumers who used helpline for redressal of their problems.

“Irrigation pumpsets should get uninterrupted, quality power for seven hours a day. Uninterrupted power supply should not be on paper only. I will convene a special meeting during the Assembly session and find out a solution to the problem. If any legislator complains against any officer on the issue, I will take action against such officer. GESCOM is not properly responding to consumers calls to the helpline. It is said that the officers are simply not addressing issues citing technical reasons. It is because of non-resolution of problems at the local level, I am receiving calls from people,” he said, directing GESCOM officials to ensure that the problems are quickly solved locally.

Appreciating GESCOM’s initiatives to establish 33 kV sub-stations at 54 locations, Mr. Kumar expressed dissatisfaction over the company’s failure to sanction even a single sub-station for Raichur district.

“GESCOM should not give prominence only to Kalaburagi. There are other districts in its area of work. Of the 54 sub-stations, 17 are coming up in Kalaburagi district and none has been given to Raichur. This is not fair. It should treat all districts equally,” he said.