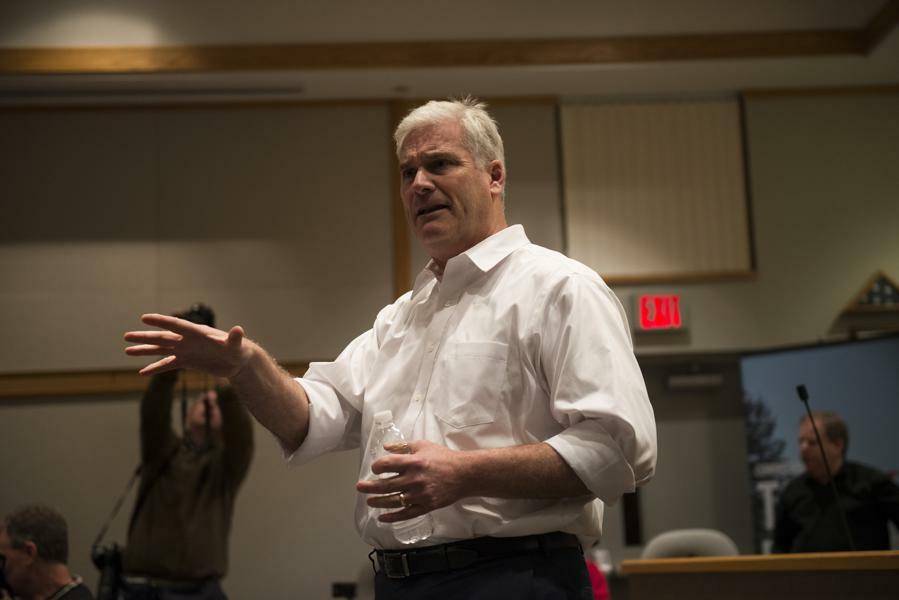 This week Rep. Tom Emmer (MN–R) introduced legislation to prohibit the Federal Reserve from issuing a central bank digital currency (CBDC) for use by individuals. A CBDC of this nature goes by several names, but it is just a private account for individual customers at the central bank, an institution that historically serves commercial banks.

In his press release, Emmer noted that “to maintain the dollar’s status as the world’s reserve currency in a digital age, it is important that the United States lead with a posture that prioritizes innovation and does not aim to compete with the private sector.” Emmer deserves high praise for taking such a principled stand for the private sector over further government centralization and control.

He clearly understands what’s at stake with a CBDC, and Americans can only hope that many other members of Congress share his sympathies. With any luck, the Federal Reserve researchers working on the Fed’s upcoming CBDC report – one that could be released any day now – are paying very close attention.

That report, among other things, is supposed to “evaluate whether to issue a CBDC and, if so, in what form.” This question of what form a CBDC might take is especially important, and that’s why Emmer’s bill is such a positive step.

So far, Fed officials have argued that the central bank only has the authority to offer accounts and payment services to commercial banks, as opposed to individuals, but nobody should doubt the Federal Reserve’s creativity. Its proclivity for creating special facilities, for instance, is especially worrisome given the details of some retail CBDC proposals.

In a recent NBER paper, for example, Michael Bordo and Andrew Levin propose that:

…following the approach of Dyson and Hodgson (2017), CBDC could be provided to the public via specially designated accounts at supervised commercial banks, which would hold the corresponding amount of funds in segregated reserve accounts at the central bank. [Emphasis added.]

In this version, the Fed would only hold the funds, and the commercial banks would service the customers. In their article, Dyson and Hodgson refer to the specially designated account at the central bank as a Digital Cash Account (DCA). Any bank (or-nonbank) providing the account would

have responsibility for providing account statements, payment cards, balance checks, sort codes, account numbers, internet and/or mobile banking, and customer support by phone or email. They would also be responsible for allowing the DCA holders to make payments via the normal payment networks – BACS, FasterPayments, Visa, MasterCard etc. This would enable DCA holders to spend digital cash in the same way that they can spend bank deposits.

Yet, these DCA balances “would not be held on the balance sheet” of the commercial banks. In other words, the funds will be held, and ultimately controlled, by the central bank. Somehow, this arrangement is supposed to provide “more of a competitive incentive to encourage firms to innovate to improve and expand the services they provide.”

Of course, this arrangement does not provide private firms more of an incentive to innovate and expand services unless the government agrees to cover the costs of servicing those accounts. If supporters do not want to refer to this arrangement as providing subsidized bank accounts, that’s fine, but it doesn’t change the facts.

Emmer’s bill, thoughtfully, ensures that the Fed can’t easily use this trick to get into the retail business. The legislation reads:

I’m sure someone at the Fed could still twist the phrase “maintain an account on behalf of an individual” to allow supporting retail accounts at commercial banks, but Emmer’s intent is clear. He wants to prohibit these kinds of CBDC proposals because they expand government control over Americans and force private banks to either compete or seek favor with the Federal Reserve, none of which helps foster innovation or the economic opportunity that private enterprise provides.

CBDC proponents argue that these accounts will help bring the unbanked into the financial mainstream, and that they can be designed to protect privacy. As I’ve pointed out previously, both arguments ignore reality.

The so-called “problem of the unbanked” is a broader economic problem – most people with higher income do use banks. And the notion that a government-controlled block chain (or even simple digital accounts at the Fed) would offer more privacy than the existing Bank Secrecy Act rules afford is bizarre.

Would the Federal Reserve turn a blind eye to the identity of the people using retail CBDCs? If so, and they are willing to provide a regulatory exemption for existing anti-money laundering/know your customer rules, then that’s an admission that the current regulatory framework is useless.

I wouldn’t hold my breath for either of these occurrences.

Thankfully, some members of Congress are standing up to this effort to further extend government control over people’s economic decisions. (Senator Toomey (R-PA) also stands out as a staunch advocate for the benefits of freedom and private enterprise.)

Rep. Emmer said it perfectly when he introduced his new bill:

Not only would this CBDC model centralize Americans’ financial information, leaving it vulnerable to attack, but it could also be used as a surveillance tool that Americans should never tolerate from their own government.

Requiring users to open up an account at the Fed to access a U.S. CBDC would put the Fed on an insidious path akin to China’s digital authoritarianism.

It is doubtful that the Fed will soon surrender its role in providing money to the public, leaving payments systems entirely to the private sector, no matter how beneficial such a move might be to millions of ordinary Americans. But that’s just another reason to enact policies such as those in Rep. Emmer’s bill.