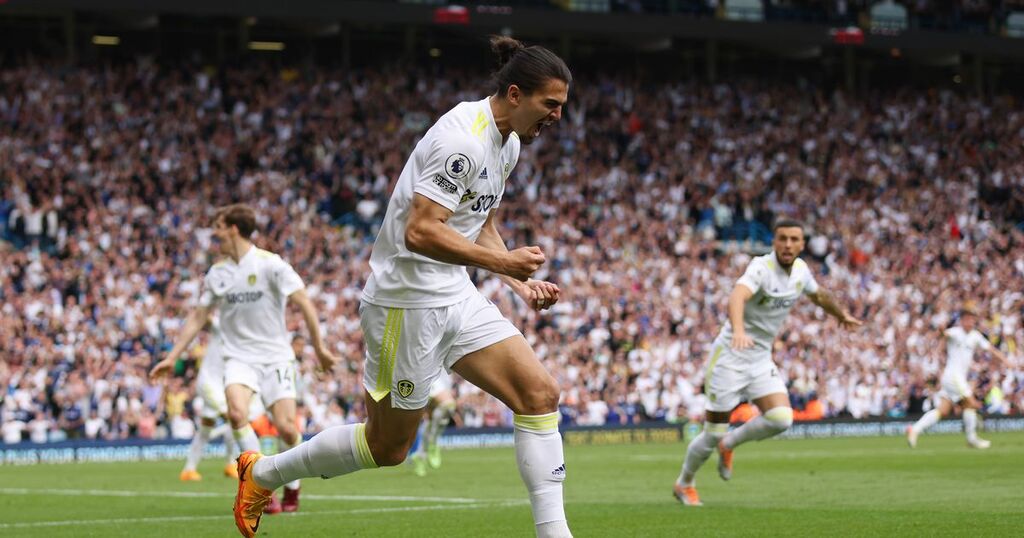 Relegation permutations: a close look at what needs to happen for Leeds United to survive

Watford and Norwich might have looked doomed for weeks, but the battle for the Premier League's final relegation spot has taken several twists and turns over the last month or two. It is hard to imagine when only five weekends ago Jesse Marsch's men looked well clear of trouble having picked up 10 points from a possible 12 following a 3-0 triumph against the Hornets.

But Leeds are now 8/11 favourites to go down with some bookmakers after Burnley rattled off four victories in April - one more than they had managed in the Premier League all season prior to that point - and Everton also eased their worries with a return of seven points from a possible nine in their last three. The Whites, meanwhile, have suffered a hat-trick of consecutive defeats ahead of this weekend, going down to Manchester City (0-4), Arsenal (1-2) and Chelsea (0-3) in a demanding run of fixtures.

First-half red cards to Luke Ayling and Dan James in the latter two matches has not helped the cause either - both and after with the pair now unavailable for Brighton on Sunday and Brentford who are next on Leeds' fixture list. So, is the outlook as bleak for United as the betting companies and pundits might have us believe, or should the Elland Road faithful cling on to the hope of a grandstand finish to a turbulent campaign?

Here we take a close look at the three teams fighting for survival (Southampton could still be relegated but it would take a mathematical miracle as reflected by their 500-1 odds for the drop):

Everton will not want to take their bid for safety into the final weekend when Arsenal are likely to need a victory to secure or give themselves a chance of Champions League football for the first time since 2016/17. Before then, though, due to their vastly superior goal difference, the Toffees can put themselves beyond the reach of Leeds by taking four points from a possible six in back-to-back home contests against Brentford and Crystal Palace, who both only have mid-table respectability to play for.

Frank Lampard's men have seen off Chelsea, Manchester United and Newcastle during three of their last four Goodison Park games and drawn against Leicester in the other. Eight home wins also matches the same number as third-placed Chelsea.

Form suggests, therefore, that the nine-time English champions will extend their 68-year stint in the game's top tier, but pressure does funny things to teams and individuals playing for such high stakes on their own soil at this time of the year and drawing at already-relegated Watford was not the best result on Wednesday night. They are nowhere near home and hosed yet.

Has the new manager bounce already gone flat at Turf Moor? Will the Manager of the Month curse strike? How can Burnley cope if first-choice centre-backs James Tarkowski and Ben Mee are sidelined for the rest of the season?

All these are legitimate question marks - OK maybe not the second one - against Burnley's hopes of staving off the threat of relegation. Throw in this weekend's home match against a confident Tottenham team looking to grab a top-four finish and it really does seem like it would be a case of "game on" if Leeds can collect three points against Brighton.

It would be a huge coupon booster, not to mention a body blow at Elland Road, if Burnley were to come away with anything against Spurs. If Marsch's men have done their job with a victory against the Seagulls, therefore, there would be immense pressure on the Clarets to win on Thursday at Villa, who they lost 3-1 to at home on Saturday.

Three points for Leeds this weekend and none for Burnley would mean anything less than a maximum haul for the latter against Steven Gerrard's men would leave United only needing to match Mike Jackson's team's final-day result. For that reason, Leeds supporters will be firmly adopting Villa as their second club in coming days.

There will not be many Whites fans who don't know what is required and against whom now. Put simply, their team must go out and try to win both matches now.

While their chief rivals both face sides looking to qualify for the Champions League, Leeds are taking on two teams who cannot challenge for a place in Europe and have no relegation anxieties. Neither is likely to lay down and die, though.

Graham Potter will be desperate to steer Brighton to a top-half finish in the English game's highest echelon for the first time in the club's 121-year history. The Seagulls, who have only lost four Premier League away games all season, currently sit ninth in the standings with 13th the highest they have ever ended a top-flight campaign as a club in 1981/82.

Brentford, meanwhile, have adapted brilliantly to their first season at football's top table in 74 years. Thomas Frank's team have won four of their last six games, including impressive wins against Chelsea (4-1) and West Ham (2-0) and will be looking to sign off for the summer in style in front of their own fans.

Leeds must show they have the desire, mentality and ability to bag the points in both contests and, then, hope that results elsewhere fall in their favour to guarantee a third consecutive campaign of Premier League football.