Regional Queensland voted for the Liberal National Party. What do they make of the Labor government and 'greenslide'?

While Labor's election victory has been celebrated in parts of the country, regional Queensland remains Coalition heartland.

Labor does not hold a single seat north of Blair, just south of Noosa, with the LNP retaining 70 per cent of federal seats in Queensland, leaving many in the agriculture and mining sectors worried the inner-city electorates' embrace of the Greens could deepen the regional divide between city and country.

George Scott is grazier on Thylungra Station in south-west Queensland and said support for the Greens in the south-east was a surprise.

"It's certainly something that gives me concern in terms of where agriculture aligns itself and where we sit and the bigger picture," Mr Scott said.

"A lot of that is undeserved and uneducated to an extent."

He said agricultural voters were mostly loyal to the LNP, but Labor's election win and changing attitudes in the south-east were reasons for him to self-reflect on his own beliefs and where they align.

"We're generally a very, very loyal voting bloc, therefore, one side takes us for granted, and the other side takes no interest because nothing much is going to change how we vote.

"So I think our rural seats and agriculture, in general, suffers from that.

"It's a time for us, and me personally … to consider whether or not where we are becoming too disconnected.

Queensland Labor Senator Murray Watt said the party made a real effort after the 2019 election to reconnect with regional Queensland, and believed swings away from the LNP this time were the result of that.

"We spent a lot of time out there listening to people, meeting with different groups to understand why people reacted so badly against us in 2019," he said.

"We put forward a lot of really strong policies about new industries, how we could create jobs, how we could maintain our traditional industries and importantly how we could continue to improve health services which is such a big issue in regional Queensland.

"I think it's a matter of continuing to engage really strongly, spending lots of time in our regions, making those connections, continuing to understand the issues that people confront."

"I think after the last election there was a really massive divide between the city and the bush in Queensland... but as I say this time those margins have come in a lot more.

He said although the Greens have been elected to the House of Representatives for the first time in Queensland at this election, "overall I think that the results are much more coming towards the middle".

"Even in Albo's victory speech on Saturday night he made a real point that he wanted to be a prime minster that brings people together.

Emissions, too fast too soon?

For Clermont pharmacist Grant Oswald, Labor's win made him nervous for the future of the mining town he serves.

He said he believed the regional divide would deepen unless the new government made a conscious effort to work with regional communities.

"As much as I agree that we need to do something about climate change and everything like that, we also still need to protect our industries and our jobs, and our regional towns," Mr Oswald said.

He said people in cities needed to understand the needs of towns like Clermont.

"We really need to see them, get up here, get out in the bush and don't just forget that, that we're here."

Central Queensland farmer Richard Fairley was also concerned about the new government's transition to renewables, which will include a 43 per cent reduction in emissions by 2030, will be too fast and hurt regional Queensland.

"Don't get me wrong, there's nothing wrong with caring for the environment, but drastic movement and getting away with it is going to hurt a lot of people," Mr Fairley said.

Mr Fairley's property near Biloela lies in the electorate of Flynn, which was narrowly won by the LNP's Colin Boyce after incumbent Ken O'Dowd retired from the party after 12 years.

Flynn is rich in agriculture and mining and is home to the coal-fired Callide Power Station, a major employer in Biloela.

"I'm glad we can still have our voice heard in parliament [through the local LNP member] and they will look after mining jobs, power station jobs as much as they can but I think unfortunately the green movement is going to do a lot of harm in the economy and general businesses."

CQ University political commentator Jacob Deem said there was the potential for the increase in progressive votes in the south-east to widen the city-country divide.

"There is a lot of opportunity for these areas in central Queensland to take a leading role in that, but it's important that [Mr] Albanese takes a consultative approach moving forward."

Greens candidate Penny Allman-Payne is likely to win a seat in Queensland's senate.

The Gladstone-based teacher said she will keep her office in the industrial port city.

"I travelled around Queensland, including north Queensland and central Queensland talking to people about our plan for the transition," Ms Allman-Payne said.

"I spoke to workers on pre-poll in Townsville and Gladstone and when they actually heard what our plan was to look after coal workers for the next decade, to make sure we are investing in green metals, manufacturing and other renewable energy industries and they actually really liked what they heard." 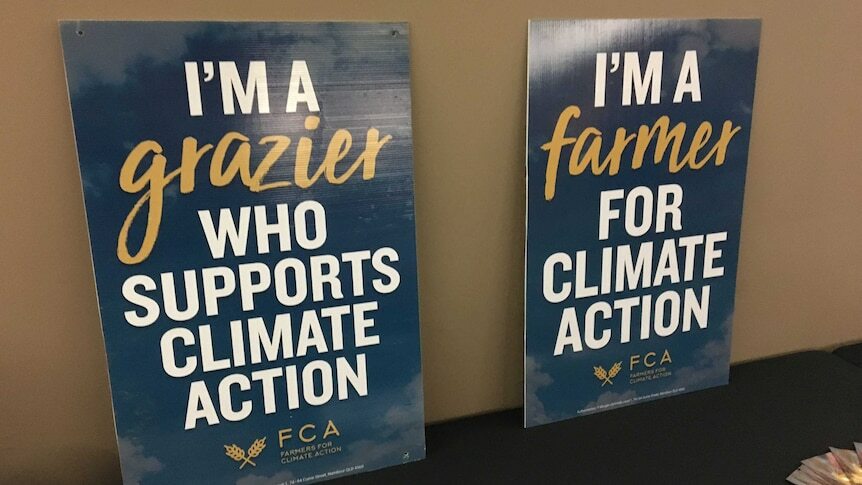 Farmers battling climate change welcome Labor, Greens stronger policies
Meet the Australian farmers who have battled for years for action on climate change, keen to work with Greens and…