Formula One opened the European leg of the season in sweltering temperatures and an appropriately heated and fractious atmosphere in the paddock. Fernando Alonso launched a scathing attack on the FIA, the sport’s governing body, for which he faces a potential punishment, while Red Bull in turn expressed scorn and disbelief at Aston Martin, who were accused of copying the design of their car.

Before practice had even begun at the Circuit de Barcelona-Catalunya the brickbats were flying. Aston Martin, who have been off the pace all season, wheeled out the updated version of their AMR22 car which bore a striking resemblance to the mightily quick Red Bull RB18, with which Max Verstappen has already won three races this season.

At the end of last year, two senior aerodynamicists, Dan Fallows and Andrew Alessi, left Red Bull to join Aston Martin and the Red Bull Team principal, Christian Horner, noted his “grave concern” that Red Bull’s intellectual property may have been compromised. “It is quite a thing to instruct your team to come up with a very close-looking clone of our car and, of course, a few people have moved over the winter period, and what you can’t control is what they take in their heads,” he said.

The Aston Martin has already been dubbed the “green Red Bull” and Red Bull’s pit-wall team were pointedly sat with the green version of the drink at their work stations during practice.

Aston Martin have form in this department. When the team were Racing Point in 2020, they used photographs to mimic the design of the title-winning Mercedes of 2019, after which the FIA banned teams from copying rival designs.

The FIA issued a statement on Friday announcing they had concluded a legality investigation into the Aston Martin, with both teams involved, and ruled no wrongdoing had been committed and that it was not a result of reverse engineering or of an illegal transfer of intellectual property (IP).

But Red Bull were unwilling to let the matter lie. They issued a sceptical rebuke questioning the decision. Having noted the FIA’s statement “with interest”, the team added: “Should any transfer of IP have taken place that would clearly be a breach of regulations and would be a serious concern”.

In a busy morning for the FIA, Alonso, the double world champion, accused it of incompetence. The Spaniard was given a five-second penalty at the last round in Miami for cutting a chicane – dropping the Alpine driver from a points-scoring position. He insisted he had then slowed to give the time he had gained back.

“We believe it was very unfair and incompetence from the stewards,” said Alonso. “We arrived back with the proof and they were packing up, not even in the room. We showed them the data and they found themselves with their hands tied because they had already issued the penalty.

“It was very bad. It is something that should not happen in F1.” The FIA has referred Alonso to the stewards for a potential punishment for his remarks.

On the track the heat is also on for Mercedes. The team principal, Toto Wolff, had said that Barcelona would be the point at which the team considered whether they had made an error in their car design and would assess taking a new direction for next year’s model.

They have reason for cautious optimism. Following a raft of upgrades to the floor of the car, the team appeared to enjoy a decrease in the porpoising that has plagued them this season. In so doing, Mercedes may have begun to unlock the pace they believe their car has in spades.

In second practice they were right in the mix, with George Russell and Lewis Hamilton in second and third and within two tenths of title leader Charles Leclerc, who had led a Ferrari one-two in the morning session with his teammate Carlos Sainz. 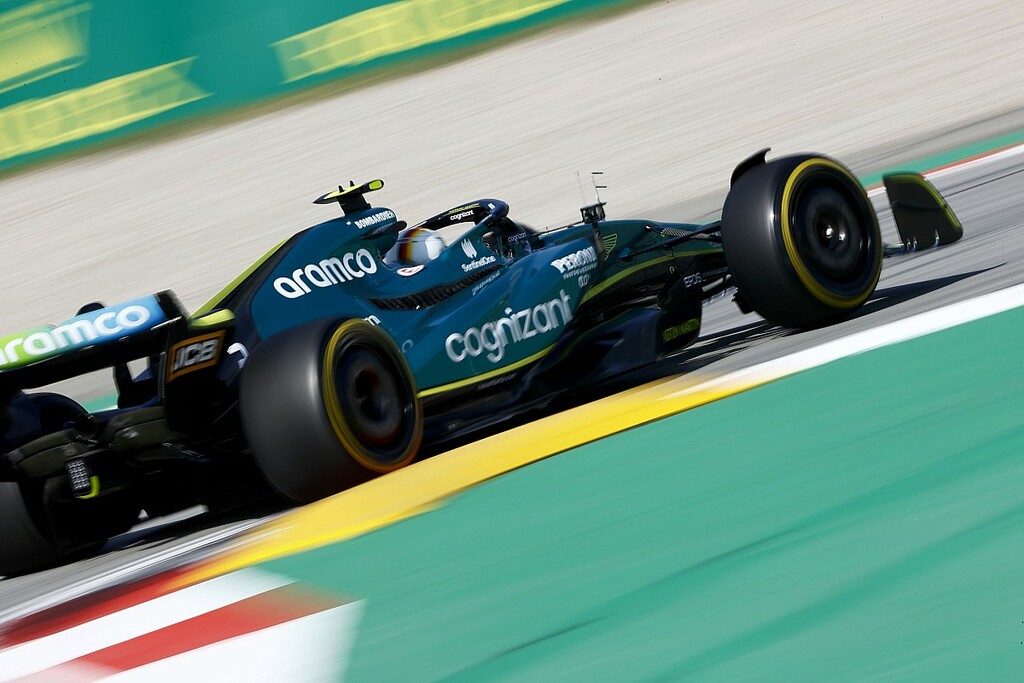