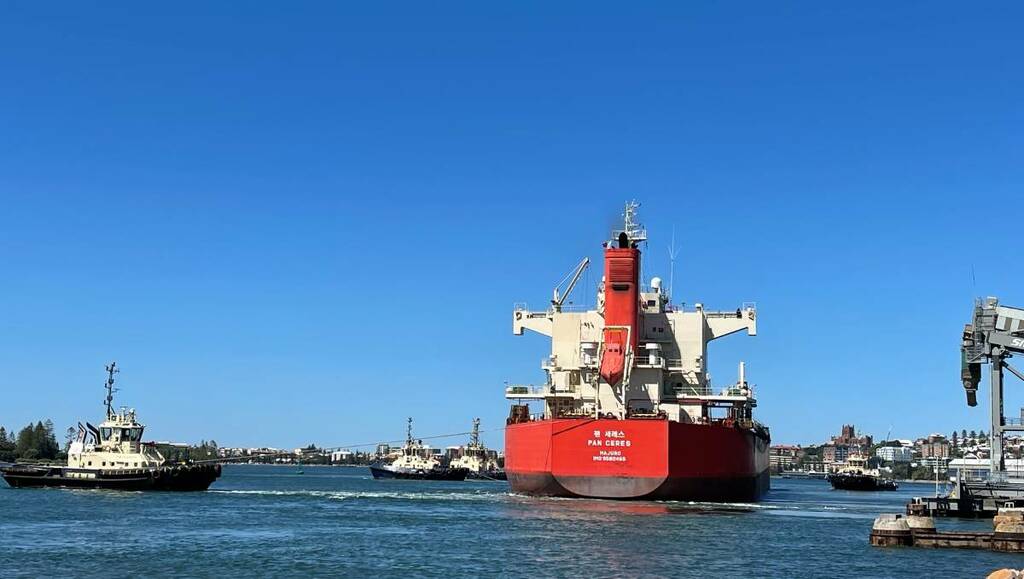 The following month, the terminal exported 155,000 tonnes, and now, NAT has smashed through the 200,000-tonne barrier.

"So it's exceeded my expectations," Mr Carter said.

In September, 201,000 tonnes of grain were exported, setting a new record for the terminal.

The 200,000-tonne mark was passed just before midnight on September 30, as wheat was loaded onto the Star Gala.

It was a record-breaking month in a number of ways for the terminal. NAT said last week it loaded the largest grain ship in Newcastle port's history, when 64,518 tonnes of wheat poured into the Pan Ceres, destined for Sri Lanka. That load was larger than what can be held in the terminal's silos, which have a 60,000-tonne capacity.

"We were bringing grain from the trains and loading it straight onto the ship," Mr Carter explained.

NAT, which has been sold to Qube Holdings for $90 million, is looking at exporting 1.5 million tonnes of grain this season, which finishes at the end of this month.

"We used to talk about achieving a million tonnes a season, that was the benchmark, and now we're tracking to do 1.5 million tonnes, which is astounding," Mr Carter said.

It is a far cry from the recent drought years, when the terminal was being used more for grain imports.

Including exports from the GrainCorp facility at Carrington, the port could handle more than 3 million tonnes by the end of this season, which, Mr Carter said, could create another record.

"I'm confident that would be the largest volume of grain to go out of any port along the Australian east coast in a single season," he said.

The Newcastle Herald contacted GrainCorp regarding exports from its Carrington terminal. However, the company said it could not comment at this stage.

The combination of a good harvest and hungry international markets meant there was big demand for Australian grain, but also increased pressure to freight the product.

A Port of Newcastle spokesperson said grain was a "fundamental economy" to support the port's future diversification.

"After the prolonged drought, Port of Newcastle is delighted to see the record year that is benefiting regional NSW grain producers," the spokesperson said.