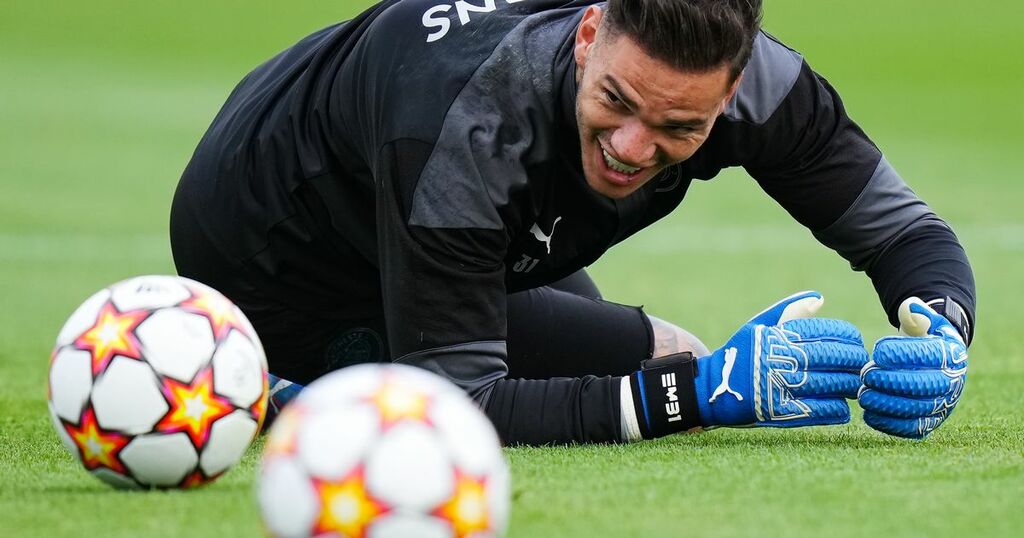 Ederson faces some stiff competition for the Yashin Trophy but the Manchester City goalkeeper is something of a kindred spirit with the man from whom the prestigious award takes its name.

There are a number of worthy winners within the group, but it feels safe to say City’s inimitable Brazilian is the player most in tune with the great Lev Yashin.

Widely regarded as one of the finest exponents of goalkeeping in the history of football, former Soviet Union and Dynamo Moscow hero Yashin remains the only keeper to win the Ballon d’Or thanks to his 1963 triumph.

Yashin shared an era with all-time greats such as Pele, Eusebio and Franz Beckenbauer and was considered an equal of those illustrious contemporaries.

There are several astonishing statistics attached to the career of “The Black Spider”, including in excess of 275 clean sheets and a scarcely credible 150-plus penalty saves, as per FIFA. In his Ballon d’Or year, when Dynamo won a fifth consecutive league title, he conceded just seven goals in 27 games.

Yashin’s remarkable reflexes and imposing, broad-shouldered physicality are his most remembered traits - at 6ft 2ins, he was the same height as Ederson - but there was a telling remark in the Football France literature surrounding the 1963 gala.

They wrote that he had "revolutionised the role of the goalkeeper like no other before him, by always being ready to act as an extra defender”. Additionally, Yashin was adept at "starting dangerous counter-attacks with his positioning and quick throws".

Don’t just take their word for it either. Yashin’s unique take on goalkeeping permeated wider culture in his homeland. Internationally acclaimed poet Yevgeny Yevtushenko, who featured on the cover of Time Magazine in 1962 and was known for his opposition to Stalinism, dedicated a poem to Yashin. It began:

"Now here's a revolution in football,
“The goalkeeper comes rushing off his line."

It feels safe to assume that Yevtushenko - or Yashin, for that matter - would have found Ederson’s work for City over recent seasons similarly inspiring. Having your name sung to the tune of an Oasis classic also qualifies as poetry of sorts, right?

If the former Benfica youngster isn’t charging from his line to snuff out an attack, he is coolly knitting play together with his defenders or unfurling a majestic raking pass - such as the 80-yard wonder that released Foden during the recent 2-2 draw at Liverpool - with his wand of a left foot. Pep Guardiola admits Ederson is his best penalty taker, but he does not wish to let that irresistible spectacle unfold in a competitive setting

There are plenty of excellent contenders for this year’s Yashin Trophy, but after lifting a third Premier League title in four seasons and securing a second Golden Glove, Ederson has a body of work that would make him a deserving winner of the award named after a footballing great for whom he is a natural heir.

Do you think Ederson should win the Yashin Trophy and where does he rank among the world's best goalkeepers? Follow City Is Ours editor Dom Farrell on Twitter and join the discussion in the comments section.