Rebekah Vardy has been savaged by the friends of her agent, Caroline Watt, following the explosive ‘Wagatha Christie’ case.

The ladies were locked in battle after Coleen accused Rebekah of selling stories about her – sparking an expensive libel case which Coleen ultimately won.

Over the course of the case, Caroline found herself being dragged into the spotlight after it emerged her mobile phone which included some key evidence had been dropped into the. North Sea.

Friends of Caroline have hit out at Rebekah in an interview with The Sun on Sunday and have accused her of throwing the agent “under a bus”.

A source told the publication: “[Caroline is] paying the greatest price for Becky’s ruthless, self-centred actions”.

It is suggested that Caroline has been unable to work for months due to the rumbling court case between Coleen and Rebekah.

And the agent’s friends have been left shocked by Rebekah’s apparent lack of contact and concern for Caroline following the court case verdict.

In the aftermath of the legal result, Rebekah has appeared on TV and spoken in an interview with The Sun to discuss how the case impacted her life.

However, Caroline’s friends feel she has not made consideration for the agent.

One source told The Sun on Sunday: “Becky is speaking out, talking about her own mental health, while she knows Caroline has been really suffering.

“…She struggles day to day and would give anything to have her life go back to normal. But, even now the trial has passed, Becky is dragging it on.

“We’re worried about Caroline, she used to be the strongest and most confident of the lot of us but this has absolutely knocked her.”

During the course of the trial, Rebekah’s defence team made reference to Caroline as they spoke in court.

In a closing argument, Rebekah’s lawyer, Hugh Tomlinson QC, said the WAG had “made mistakes” – but added: “The most serious was to trust someone she shouldn’t have.”

It has been suggested this was in reference to Caroline.

Last week, Rebekah appeared on TalkTV to explain her thoughts and feelings about losing her court case.

She told interviewer Kate McCann that there were 'lots of points' where she just wanted to call it quits amid a constant strain on her mental health and mornings where she 'never wanted to get out of bed'.

"I went through lots of days where I was feeling that I didn't even want to be here anymore. It was the worst feeling, but at the same time, having those feelings and feeling that I shouldn't be feeling like that because to me, that was like being a failure," Rebekah explained.

"That was not an option for me - to be a failure," she added.

Interviewer Kate asked Rebekah if she regretted the whole process, and if she wishes there was a way that she and Coleen could have sorted out their differences outside of court.

"Hindsight is all well and good, isn't it? But I wish Coleen had just picked up the phone and had that conversation.” 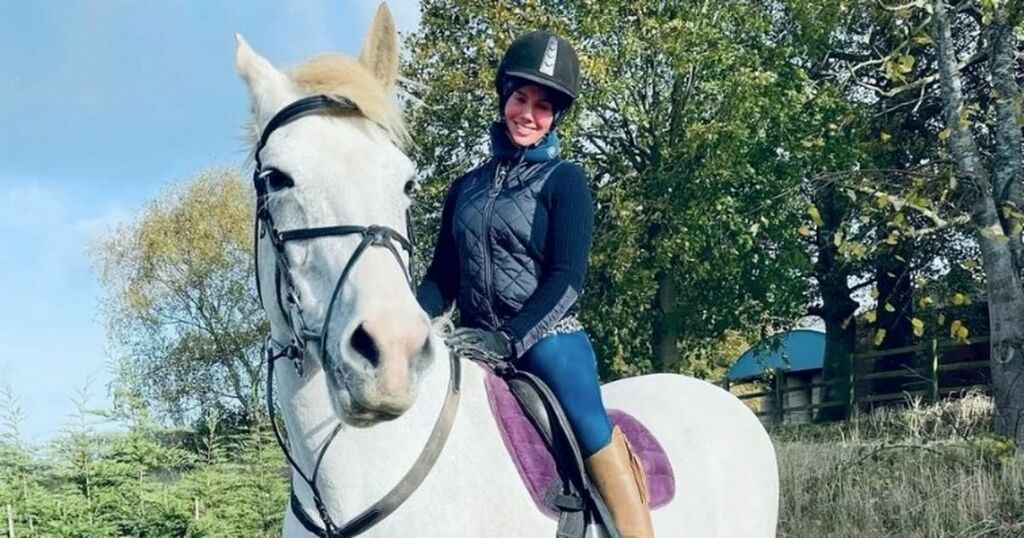 Rebekah Vardy 'building luxury stables at £3million home' after losing Wagatha case
Rebekah Vardy, 40, and her footballer husband Jamie Vardy, 35, have reportedly been given the green light to begin the…

Daily Mirror
From analysis to the latest developments in health, read the most diverse news in one place.
Rebekah Vardy is all smiles as she cheers on husband Jamie after bombshell interviews

Irish Independent
One place to find news on any topic, from hundreds of sites.
Coleen Rooney treats sons to ice cream as she brushes off Becky Vardy's bombshell interview