Rebekah Vardy has lost a sensational courtroom battle over explosive claims she was leaking stories about Coleen Rooney to the press.

The 40-year-old, who is married to Leicester City striker Jamie, was suing Rooney, the wife of England star Wayne, for defamation in a hearing dubbed 'Wagatha Christie' by fans. Rooney, 36, uploaded several fake stories to her private Instagram account in a six month sting to find out who was sharing private information to The Sun newspaper.

Rooney publicly accused her fellow WAG of passing on the fake stories in the now-infamous Wagatha Christie tweet in October 2019. Hugh Tomlinson QC, representing Rebekah, told London's High Court Rooney’s post was constructed like a “mini whodunnit” and had caused "serious harm" to his client.

READ MORE : M&S worker, 21, living in fear as he's attacked and 'laughed at' by seagulls every day walking to work

At around 12pm today (Friday July 29) Mrs Justice Steyn ruled that Rooney's post was "substantially true" and that Vardy "knew of, condoned and was actively engaged" in leaks to the media by her agent.

David Sherborne, for Coleen, argued Rebekah knew her agent Caroline Watt, who did not give evidence at the trial, was leaking stories to the press. The posts, which went on to make stories in The Sun, included Coleen travelling to Mexico for a “gender selection” procedure, a car crash she had in America and a flood in her basement.

Mrs Vardy, 40, denied the accusations but during the trial in May this year accepted her PR Caroline may have leaked stories without her knowledge or consent. Caroline's phone was never examined after it "fell into the sea during a boat trip in Scotland", the court heard.

It was said a story appeared in The Sun about a car crash Coleen was alleged to have had while in America in January 2019. In Whatsapp messages shown to the court, Caroline tells Rebekah The Sun’s Andy Halls was trying to do a story on the crash and later sends a picture to ask if it’s Coleen’s to which Rebekah replies: “Yeah that’s it! Different pic though x”.

Coleen then said she posted a fake story to her Instagram in April 2019 suggesting she was looking into gender selection in Mexico. After the story was posted Rebekah messaged Caroline: “Coleen’s Instagram. Wonder if they are going for baby 5 x”

When asked about pictures of Coleen’s flooded basement, Vardy said she could not recall seeing them but began to cry when she was reminded by Coleen’s lawyer David Sherborne that her solicitors previously admitted she had. The High Court also heard Rebekah allegedly leaked stories about Chelsea player Danny Drinkwater and her husband’s Leicester City team mate Riyad Mahrez.

Rebekah denied she was behind stories about Drinkwater's drink-driving and Mahrez not turning up to training. Coleen posted her explosive tweet that sparked the libel battle on October 9 in 2019. It read: "This has been a burden in my life for a few years now and finally I have got to the bottom of it.

"For a few years now someone I trusted to follow me on my personal Instagram account has been consistently informing The Sun newspaper of my private posts and stories. There has been so much information given to them about me, my friends and my family – all without my permission or knowledge. After a long time of trying to figure out who it could be, for various reasons, I had a suspicion.

"After a long time trying to figure out who it could be, for various reasons, I had a suspicion. To try and prove this, I came up with an idea. I blocked everyone from viewing my Instagram stories except ONE account. (Those on my private account must have been wondering why I haven’t had stories on there for a while.)

"Over the past five months I have posted a series of false stories if they made their way into the Sun newspaper. And you know what, they did! The story about gender selection in Mexico, the story about returning to TV and then the latest story about the basement flooding in my new house.

"It’s been tough keeping it to myself and not making any comment at all, especially when the stories have been leaked, however I had to. Now I know for certain which account/individual it’s come from.

"I have saved and screenshotted all the original stories which clearly show just one person has viewed them. It’s…… Rebekah Vardy’s account."

Shortly afterwards, Rebekah Vardy put a statement on her Instagram page in response.

It read: "As I have just said to you on the phone, I wish you had called me if you thought this. I never speak to anyone about you as various journalists who have asked me to over the years can vouch for.

"If you thought this was happening you could have told me and I could have changed my passwords to see if it stopped. Over the years various people have had access to my insta & just this week I found I was following people I didn’t know and have never followed myself.

"I’m not being funny but I don’t need the money, what would I gain from selling stories on you? I like you a lot Coleen & I’m so upset that you have chosen to do this, especially when I’m heavily pregnant.

"I’m disgusted that I’m even having to deny this. You should have called me the first time this happened." 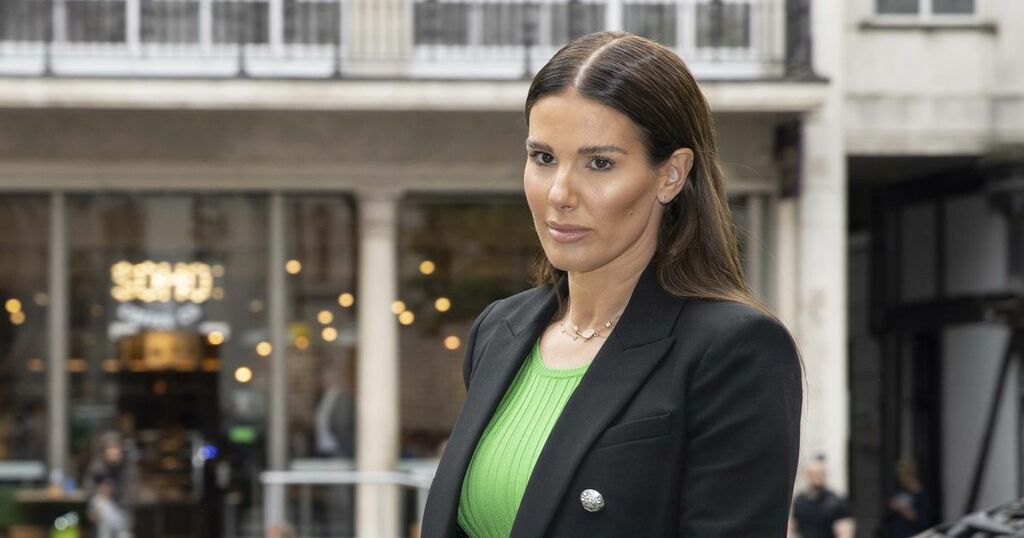 Daily Record
From analysis to the latest developments in health, read the most diverse news in one place.
Rebekah Vardy loses libel case against Coleen Rooney in Wagatha Christie court battle

Chronicle Live
One place to find news on any topic, from hundreds of sites.
Coleen Rooney's Wagatha Christie trial statement in full as Rebekah Vardy loses